Working in Singapore as a practice owner 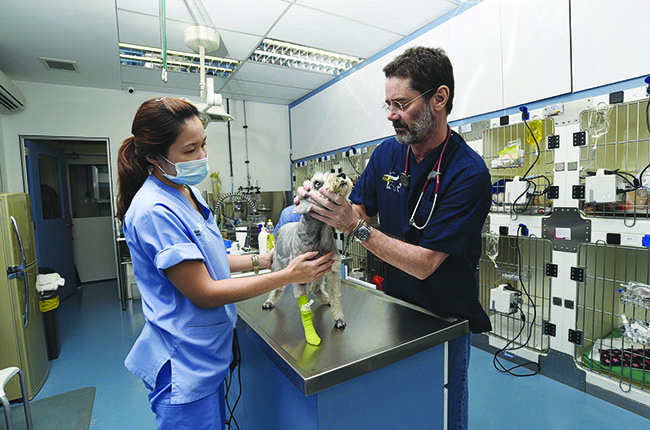 At school I had too much fun playing Australian Rules football and cricket to be concerned about the future. And, although I was accepted to study medicine at Monash University in Melbourne, as fate would have it, my father’s new pharmacist position took the family to Brisbane, where I was offered a place to study veterinary science at the University of Queensland.

Having graduated, I worked in companion animal and mixed practice in Australia and also spent time in the UK and Europe.

Tired of the cold London winter, I was returning to Australia close to Christmas in 1982 when I found myself stranded at the new Changi airport in Singapore. I’d never seen anything like it – Brisbane International Airport was little more than a tin shed back then. As a result of this experience, when I was offered a contract in Singapore in 1984, I leapt at it.

At the time, Singapore had few private veterinarians or veterinary practices. I spent the mornings working at the Society for the Prevention of Cruelty to Animals and the afternoons in a busy clinic. My own house-call practice filled my remaining waking hours.

I intended to return to Australia at the end of my contract, but I met my future wife in the only wine bar in Singapore at the time. The rest is history.

Developing an interest in zoo medicine

I also became involved with zoo medicine during the late 1980s. Young and foolish, I was prepared to try anything. I performed what was possibly the first caesarean section on a Bengal tiger at Singapore Zoo in 1987. Another memorable moment was getting dunked into the South China Sea. It happened when the gangway ladder snapped while I was being taken out to a container ship to treat a circus elephant. I was eventually hauled up the side of the ship on a bosun’s chair.

Opening and developing own practice

In 1989, I established the Companion Animal Surgery in Singapore.

It has grown from a single-person practice into a 24-hour hospital with 10 vets and 15 auxiliary staff, including six overseas vets employed as veterinary technicians.

Veterinary practice is expanding rapidly in the country. In 2000, there were fewer than 15 clinics. Now, there are more than 80. As in the West, we’re seeing a change in veterinary demographics as we move towards a younger, predominantly female profession.

"Practising in Singapore has been rewarding professionally and financially"

We’re also mirroring the growth of specialist services – both on the ground and through telemedicine. The increase in standards is good for the profession, the public and our patients – but it’s a double-edged sword.

One advantage of being in a small, relatively isolated profession was that you had to be self-sufficient and have a go at everything. If you couldn’t do it there was no one to refer to, nowhere to seek advice. Some of today’s younger vets can seem reluctant to attempt surgeries or therapies that should be within their ability to perform, but are outside their comfort zone.

Overall, practising in Singapore has been rewarding professionally and financially. The city is a great place to live and an ideal base for exploring south-east Asia and beyond. I have travelled extensively and made many friends.

I decided to find out more about the association, which led to the SVA joining the WSAVA the following year. In 2003 the world congress was held in Bangkok. It was a revelation – a great congress, held in an Asian city.

I became more involved with the WSAVA and, around 2007, while I was SVA vice-president, we embarked on the long journey that culminated in Singapore being awarded the opportunity to host this year’s world congress, which takes place from 25 to 28 September.

We’re looking forward to welcoming members from around the world, hopefully including some from the UK, but we are determined that it will be an Asian congress – financially, academically and linguistically accessible for veterinarians across the region.

We are well on the way to achieving this goal, while still hosting a world-class congress that all companion animal vets will find relevant, interesting and enjoyable.

Advice for vets starting out 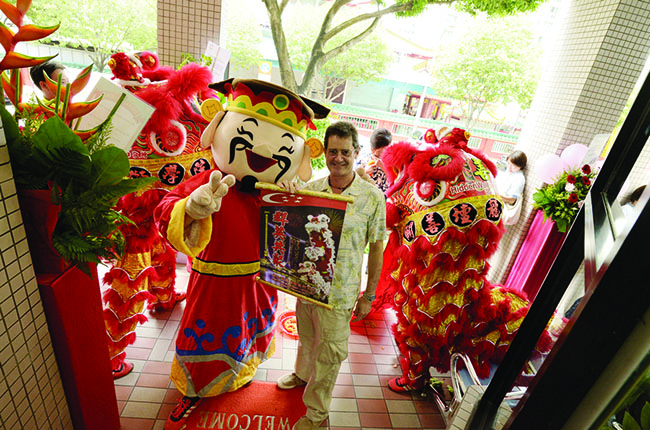 Communicate:
Ask questions and ask for advice – don’t simply accept that the information you received at university was immutable or absolute.

Learn:
Do as much continuing education as you can.

Explore:
Be open to possibilities – they may be opportunities in disguise. For example, I’d expected to be a companion animal practitioner but my first job required me to do a substantial amount of equine work – especially the less glamorous stuff. To my surprise, I loved it and still love working with horses all these years later. Some of the best advice I received was from trainers, farriers and breeders. A university education doesn’t provide exclusivity on knowledge. Experience counts.

Enjoy:
Veterinary medicine is a great profession but you can’t live and breathe work for weeks or months on end without going a little bit crazy. Maintain friends outside of work.

Do some sport:
(especially if you have moved to a new location away from contacts or family support). I played football in Australia and, when I arrived in Singapore not knowing a soul, I joined a cricket club.

These outside influences kept me reasonably sane during many years of working 70- and 80-hour weeks.

Mahatma Ghandi is said to have said: ‘Be the change that you wish to see in the world’.

As a new vet, be the change your future self needs to be to excel. You must discover what this is. It may take a little time but it will benefit you, your clients and your community and, most importantly, the animals entrusted to your care.

As president-elect of WSAVA, Shane is proud of this global community of companion animal vets.

He explains: ‘The association helps members to provide the very best medicine and to offer the highest standards of care to ensure the welfare and health of their patients. One way we do this is by developing WSAVA Global Guidelines in key areas of veterinary practice. Our global dental guidelines were launched at last year’s congress and this year we will launch similar guidelines covering companion animal welfare.’

"I want us to deliver great work, but also to have fun. Fun is good"

All of the resources are available to download free from www.wsava.org.

We also help our members and the wider profession by supporting continuing education, particularly in countries where companion animal practice is still emerging, and through initiatives in areas including animal welfare and One Health.

The WSAVA has grown rapidly. This has required us to put a stronger infrastructure in place and improve the way we work. It has been challenging but we are making good progress, thanks largely to the dedicated work of our volunteer leadership team and the support of our industry partners.

With luck, during the 2018 congress, I will become WSAVA president for a two-year term. I hope my presidency will be defined by a renewed sense of community across the WSAVA. I want to engage with our member associations by making sure that our executive board and committees are accessible to our members, professionally and socially (find out more at www.wsava2018.com).

I want us to deliver great work, but also to have fun. Fun is good.