Working as a Named Veterinary Surgeon 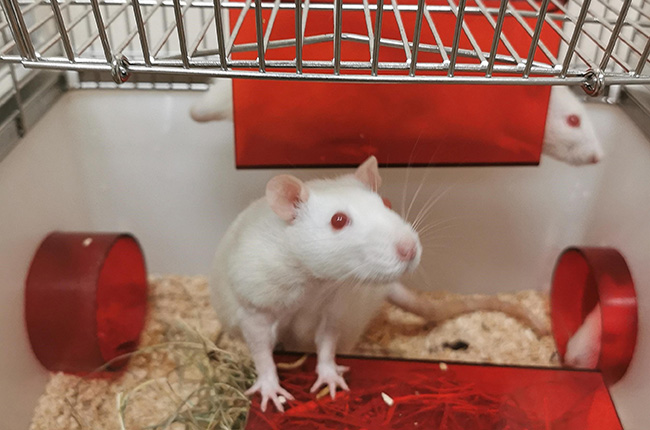 The Named Veterinary Surgeon (NVS) role is prescribed in the Animals (Scientific Procedures) Act 1986, more commonly known as ASPA. In Europe, the equivalent role is that of Designated Veterinarian, which falls under Directive 2010/63.

ASPA governs the use of regulated procedures performed for a scientific purpose (as described within the Act) on any protected animal (currently all vertebrates and cephalopods). A regulated procedure is any technique that might cause a level of pain, suffering, distress or lasting harm equivalent to that caused by inserting a needle in line with good veterinary practice.

·       The place where scientific work is carried out has to be authorised through an establishment licence.

·       The scientific project must have a project licence, which is held by the senior scientist in charge of the work.

·       The individual(s) working on the project must have a personal licence.

All licensees – whether holding a project licence or a personal licence – have to pass an accredited course that covers legislation and ethics, as well as some background behavioural and physiological species-specific information, including assessment of pain. They must demonstrate understanding of their responsibilities in protecting the welfare of animals they use as well as competence in any technique they wish to perform.

Licences are issued by the Animals in Science Regulation Unit within the Home Office.

The NVS is one of several individuals who are ‘named’ on the establishment licence. The other Named people are responsible for compliance with the requirements of ASPA, for day-to-day care and welfare of protected animals, for training and competence of personnel working under APSA and for providing information on husbandry, wellbeing and the ‘3Rs’.

The 3Rs are enshrined within ASPA and are Replacement (meaning that animals should only be used where there are no non-sentient alternatives), Reduction (use of the fewest animals to give scientifically valid results) and Refinement (using methods that cause the least harm to the animals involved).

Under ASPA, the responsibility for ensuring good welfare is allocated to several different people rather than to a single person, with the responsibilities interlinked/woven into each other.

The role of the NVS

The NVS has a statutory role for monitoring and advising on the health, welfare and treatment of all animals held at the establishment. An NVS must:

Due to the specific nature of the role, the RCVS offers specific advice for NVSs in the supplementary guidance to the Code of Professional Conduct.

In addition to their statutory role, NVSs have other tasks and responsibilities. For instance, they assist the Establishment Licence Holder (ELH) to fulfil his/her responsibilities and, together with the other Named people and the AWERB, develop and build a culture of care. NVSs are often involved in teaching accredited courses for project/personal licence holders and providing training to scientists and technicians – for example, in correct handling methods and in techniques used in experiments, such as intravenous injection or aseptic technique. They may also be involved in assessing the competence of personnel performing regulated procedures.

The NVS role can be incredibly varied. There is no one-size-fits-all job description and the day-to-day job depends on a range of factors. We’re describing our experience working within academia, but NVSs work for industry, non-governmental organisations and in other spheres too.

Since ASPA regulates the use of all non-human vertebrates and cephalopods, depending on the type of establishment and research being undertaken, an NVS might be working with many different species, or just one or two. The studies for which a species is used can also be very diverse – for example, in our cases, researchers study anything from embryonic development to diabetes and cellular dysfunction to pre-eclampsia and Alzheimer’s. We have to ensure that we understand husbandry and welfare needs, and are able to suggest alternative strategies to meet animal needs if studies limit, for example, access to nesting material or refuges. It is essential to know species-specific normal and abnormal behaviours and any signs that indicate pain or other suffering in all the species kept and used at our designated establishments – which can be particularly difficult for less well understood species such as fish and amphibia. A research investigation must use clinical healthy animals expressing normal behaviour for it to be valid, unless the deviation from normality is a necessary part of the model and has been considered in the project licence (PPL).

Research is a fast-moving field and it is not uncommon for new models or even new research areas to be required. The input of the NVS is often critical in ensuring the physiological and behavioural needs of the animals are considered when setting up such models.

The NVS is also involved in animal research that takes place outside an establishment and might involve the use of wild animals. Since the NVS may not be present during such work, criteria to ensure that animals are fit for release after procedures and other welfare safeguards need to be discussed and agreed with the scientists in advance.

When providing veterinary advice, it can be challenging to identify the legislation that controls that area of the work. We need to decide whether any clinical signs seen are related to the scientific study (in which case, ASPA is the relevant piece of legislation), or to a ‘normal’ illness (where the Veterinary Surgeons Act 1966 [VSA] would govern any action taken). If the former, animals can only be treated if the PPL protocol allows it, and there may be welfare or scientific endpoints that place limits on what can be done, or which may require the animal to be euthanased.

Any veterinary treatment given needs to consider the purpose of the animal and the potential extra suffering involved. The animal must remain suitable for scientific study and if treatment or the clinical signs themselves mean that the animal cannot be used to gain valid results in the future, euthanasia may be the most ethical choice. For example, it would not generally be acceptable to expose a stock rat to the effects of stress/suffering from the anaesthesia/surgery to treat a spontaneous mammary tumour because the harms from the interventions would outweigh the benefits of removing the tumour. This is because the treatment effects could be long lasting and interfere with, or give an additional variable for, any future research use so the animal could not be used and the harms caused by the treatment would therefore be unjustified.

In a research environment, the use of medicines may fall under the VSA or ASPA. Treating stock animals or experimental animals with non-study related problems, such as a wound caused by fighting, falls under normal prescribing rules. However, compounds that are the focus of studies are the sole responsibility of the researcher and are usually obtained by them – but drugs such as anaesthetics and analgesics used within the scientific protocol, while the responsibility of the researcher, must be used under veterinary advice and dispensed by the NVS, requiring careful consideration of who keeps which records.

For some types of study, animals may be potentially returned to the wild (eg, fish) or enter the food chain (farm animals), if it is safe and legally permitted to do so. This requires consideration of environmental impacts and withdrawal times, often in species where off-label use occurs because of a limited (or non-existent) choice of licensed drugs. In some instances, the only available licensed drugs may interfere with scientific outcome – hence the NVS must always be mindful of the mechanisms of action of drugs. It is vital that the researchers and NVS work closely together on these matters, and share their knowledge and respect each other’s expertise.

The NVS role requires good communication, good teamwork and good working relationships, with mutual respect for the responsibilities of others. In our establishments, we work very closely with animal technicians and research scientists. It’s essential to build a good relationship with both. There is a legal requirement for personal licence (PIL) holders to take veterinary advice or risk non-compliance. This is a deliberate ploy under ASPA to empower NVSs and ensure that they are consulted – but we need to command a very high level of respect and trust from our colleagues to be listened to in situations where there is a difference in opinion/conflict of interest. For an NVS to be effective, it is critical to have the necessary management authority to carry out the role effectively and be seen to have senior management’s support. Unfortunately, this is not the case for all NVSs and can cause serious difficulties for them.

NVSs are a key member of the AWERB, which considers all acquisition and use of animals, provides advice to staff involved in animal use, promotes the 3Rs, reviews ongoing and completed projects and advises on possible rehoming of animals. We use our species-specific and general biological knowledge to help advise scientific, technical and lay members of staff on the impact on animals and their welfare.

Why is the role of the NVS important?

Veterinary training provides an excellent basis to allow the NVS to provide evidence-based advice on animal welfare and good scientific outcomes to the ELH, animal technicians, AWERB members and scientists. Critically, the fact that the NVS has no vested interest in the outcomes of the research, means that this advice is seen to be independent. Not only is this important in resolving differences of opinion internally within an establishment, but it is also very important in building public confidence. A 2018 poll carried out by Ipsos-Mori to capture public attitudes to animal research showed that laboratory animal vets are the most trusted people to give a balanced view about animal research in comparison to welfare organisations, researchers and regulators. Our independence, knowledge and the positive perception of vets by the public are all important in supporting animal welfare and addressing the concerns of the public about animal research. As part of this, the NVS plays an important role in challenging views, promoting change and linking reliable and highly valuable research with good animal welfare to the benefit of the science and the animals.

So, in summary, the job of the NVS can be highly varied. It requires a good understanding of the legislation and its application. We have both found that working for an academic institution offers the opportunity for a good work-life balance, as our workplaces embrace the concept of working from home, offering flexible working hours or the option of working part time.

Finding solutions to problems is a key part of the job – more than 50% of our time is spent on this – and can provide a lot of job satisfaction. However, the role of the NVS can be ethically and emotionally very challenging – but we consider these challenges as essential to ensure that we do our job well. We should continue to question how and why animals are used, with the aim of ensuring the 3Rs are met fully.