A career as an army vet 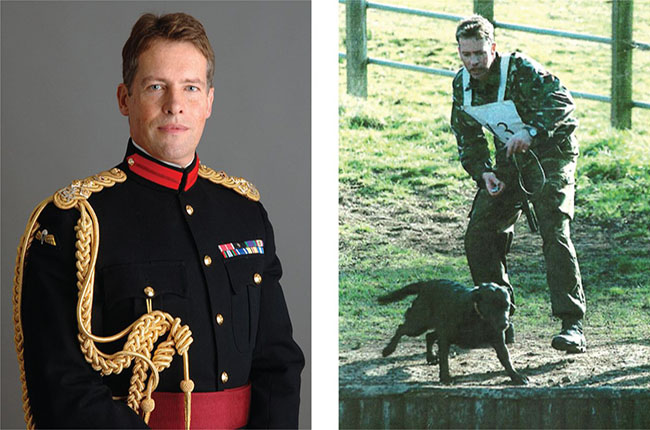 The term ‘veterinary surgeon’ was first used by the British Army to distinguish vets from human surgeons, and probably came into use shortly after 1796 when the Army appointed its first veterinary surgeon, Professor Edward Coleman, FRS. Although vets have been around in the Army for a long time, it wasn't until after the Boer War, when the British lost hundreds of thousands of horses, mainly through ill health, that a fully formed veterinary service came into being; this performed well throughout the First World War, earning the title ‘Royal’ Army Veterinary Corps (RAVC).

History and tradition matter in the Army; the mounted ceremonial role is still there, and the RAVC is responsible for finding, treating and retiring the 500 or so horses that remain. We still have Melton Mowbray as our base (there has been an Army camp there for over 100 years) and good opportunities exist for veterinary officers to ride and learn equine skills.

"You don't have to be ‘Army barmy’ to enjoy a career as a vet in the Army, and it probably helps if you aren't"

However, the role of dogs has become increasingly important – first in Northern Ireland, and more recently in deployable operational units in places such as Bosnia, Kosovo, Iraq and Afghanistan. Veterinary officers not only treat these animals, some of which may now be worth upwards of £50,000, but also command the soldiers who handle them. We have put a lot of effort into training newly joined veterinary officers over the past few years, so that they can be better prepared for their first posting.

On the professional training side, if vets are newly qualified, we ensure they spend much of their first year working in PDSA clinics and other clinical environments to consolidate their university training and gain confidence in small animal surgery. It is effectively a pre-registration year but with a twist, in that it will also include 10 weeks at the Royal Military Academy, Sandhurst, where, with other professionally qualified officers such as doctors, lawyers and chaplains, vets learn essential military skills and leadership. It's hard work, but probably no worse than a very extended lambing season!

Vets will initially join for no more than four years, but it's then possible to extend or to go on to a regular commission, which gives you a full career or the option of leaving with a pension after 16 years.

After a few years, taking a Masters degree is encouraged, and there can be other chances to develop academically. I have been able to take a Masters from Reading, a doctorate from Edinburgh, a legal diploma from the College of Law, and to qualify as a barrister from the Inns of Court, as well as under-taking a Fulbright scholarship at Cornell in the USA (albeit spread over my entire career, and not without a lot of juggling as I moved from one posting to the next).

We have a formal arrangement between our training centre at Melton Mowbray and Nottingham veterinary school, which also has great potential for ongoing study. In essence, Nottingham students receive basic husbandry and farriery training at Melton, and in return the Army receives an outstanding level of clinical and research support.

Pros of being a vet in the army

The upsides to Army life are considerable. You meet some pretty interesting people (not all of whom will be on your side!). You get to look after extremely prized animals (horses and dogs), which is very satisfying. Working with soldiers (especially RAVC ones, who tend to be highly motivated) is rewarding, and there is always the possibility of doing things that you may never have expected. For example, one area that I am keen to see develop is the type of outreach veterinary clinics that a young Army vet, Captain Miles Malone, has recently been running with great success in Afghanistan.

"The role of dogs in areas such as finding mines, hidden weapons, special duties and supporting the infantry has also hugely expanded"

Providing reasonably regular clinics in key villages or ‘hubs’, wherever the overall security situation allows, contributes hugely to winning ‘hearts and minds’. Properly organised and resourced, this kind of veterinary support to the civilian population can have lasting benefits for animal health and, possibly even more importantly, for human attitudes.

In terms of general approach, you don't have to be ‘Army barmy’ to enjoy a career as a vet in the Army, and it probably helps if you aren't.

Other benefits include the usual chances for sport, travel (albeit not always to popular tourist spots), and adventure training.

Cons of being a vet in the army

Downsides? Well, nothing is perfect, and being part of a big institution that goes at its own pace (and one that does not necessarily match your own) can be frustrating. The pressure on you and your soldiers can be immense – the Army has rarely been busier, and the coming defence cuts are unlikely to ease this situation. And managing a personal life, especially married life, can be difficult.

Discipline and all that kind of thing are actually not that bad. The Army possibly still retains a slight ‘Colonel Blimp’ image, but, then again, it's not for everyone.

As a vet, just as in civilian life, you can find yourself as the odd one out and, despite all the outward displays of caring, the Army is a big employer and doesn't always get it right. That said, if you keep pressing the right buttons, you can usually get someone to listen.

Long-team career options in the army

As regards a long-term career, that's a choice that's best delayed until you've done a few years' service. Fighting for promotion in a relatively small pond, having to take on more paperwork and dealing more with the political side of the Army are understandably not how most newly qualified vets envisage spending middle age.

At risk of sounding like a recruiting sergeant, we could do with more vets, not least because the RAVC has doubled in size in the past five or six years. The role of dogs in areas such as finding mines, hidden weapons, special duties and supporting the infantry has also hugely expanded, which, in a generally contracting Army, is the clearest indication that what we do is highly valued.

The contribution of veterinary officers in scientific appointments within the Army Medical Service is also expanding, and my immediate boss, General Mike von Bertele, who is a Royal Army Medical Corps doctor, is very keen to support this development. Anyway, if you're interested and under the age of 30, you're welcome to give us a call and have a look around one of our units (and we promise not to press-gang you!).