An experience of professional burnout 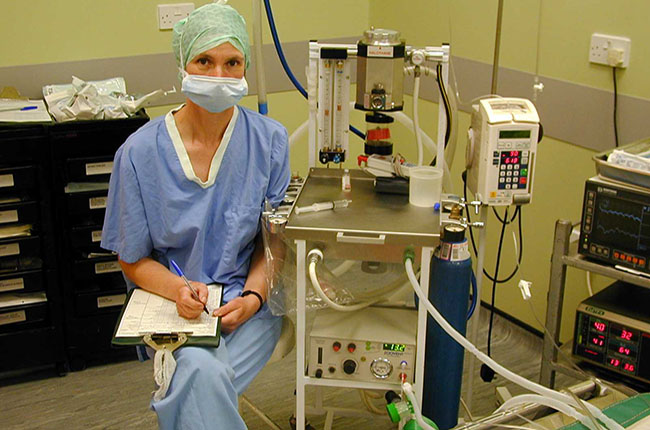 Burnout for me was neither work nor home related. It wasn’t the culmination of chronic depression. It was due to many things including my personality traits.

The actual crisis started relatively innocuously – I complained to the nurse I was working with that I had pain in my chest, forgetting that she was also the resident first-aider. As soon as you say chest pain, the algorithm kicks into play (particularly if you are a female of a certain age).

An ambulance with blue flashing lights arrived. It turned out I wasn’t having a heart attack, just muscular spasm in my back due to tension and stress. However, this episode triggered the opening of the flood gates and I didn’t stop weeping for a long time. This was the day I could no longer keep all the balls in the air at the same time – they and I came crashing down.

Anyone who knows me knows that I am fairly laid back and not overly prone to crying or any violent emotion. I was brought up to think that I shouldn’t trouble people if I could help it at all. So, uncontrolled weeping, mood swings and irrational behaviour were out of character.

I thought initially it was a blip, something I would get over with a day’s rest. How wrong could I be?

There followed many visits to my GP and the university’s occupational health (OH) doctor. Both doctors were fantastic. My GP had a special interest in mental ill health and the OH doctor had done his PhD on burnout in medical professionals. I was lucky.

Eventually I was persuaded that I should take antidepressants, which definitely helped. Again, I thought that I would be fine after a few weeks, only to be told that unless I took the drugs for a minimum of six months I would be at increased risk of a relapse.

In the end, I gave in with not very good grace and took the prescribed course, working with my GP to find the minimum dose that would smooth out my mood swings.

In addition to the drugs, I was off work for about 10 weeks and then had a phased return over another two months. Eighteen months on, I’m beginning to feel whole again.

What had happened to cause me to have this problem?

By the time I had hit the heights (or lows) of being a senior lecturer I was barely coping.

Among my many roles, I was a pastoral support person for students. I had done a mental health first aid course and other courses to give me tools to help people with mental health problems, so I knew what to do to help myself get better.

I signed up for a mindfulness course, started running, doing yoga and Tai Chi, took the tablets and went to a psychoanalyst. Did all this make me better? It certainly helped, but no, it didn’t make me ‘better’.

But what is ‘better’? Is it a return to where I was before the burnout? I hope not.

Is it being able to cope with the busy demands of work and home? Well yes, partly.

The important thing for me was realising that I had to be kind to myself and occasionally say ‘no’. And I have learnt a lot about myself through the psychoanalysis.

I have also become fairly fit (I am running the Virgin London Marathon this year to celebrate turning 60).

"In an ideal world, we would all function in balance and care for ourselves and others"

I no longer take antidepressants. But, more importantly, I began to realise that time is a great healer. Once I realised I couldn’t make myself better and that I had to give myself time, things went a lot more smoothly.

I now notice things that passed me by before – smells, sounds and feelings that I hardly registered because I was so busy. I try to appreciate what is happening in the moment.

I try not to be anxious about what’s ahead or depressed about what has been, because I can’t alter the past and I don’t know what the future holds.

I know that my journey is my own and it isn’t the road that will suit everyone. I recognise that some people will continue to function despite their life being out of balance and will never have a crisis, while others will realise what’s happening to them and do something about it.

Others, like me, need the crisis to point out what the problem is and then alter their path, and some people will have the crisis but not have the help.

In an ideal world, we would all function in balance and care for ourselves and others, but that isn’t really a reality.

In a way, writing this article has also helped because it helped me to realise that ‘burnout’ has been a very positive experience for me; a phoenix is rising out of the ashes that will take me to a new period in my life.