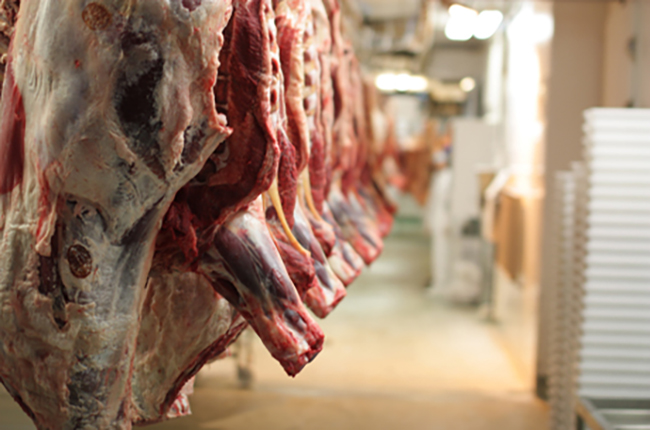 Ask any vet or vet student why they wanted to be a vet, and veterinary public health (VPH) is unlikely to be in their list of answers, yet they will almost all make decisions during their careers that will impact on public health.Two things happened while I was RCVS president in 2008/9 that led me to promote VPH. First, the Worshipful Company of Farriers came up with a scheme to offer a week's EMS with a master farrier to a student from each vet school, and secondly, I was approached by two students who were interested in VPH as a career but had been ridiculed for saying so. At the same time, discussions were taking place between the RCVS and the universities on the VPH element of the veterinary course, with a move to make the required practical visits part of the core course, rather than EMS. Now that the basics were going to be covered by the schools, there was a need for a more in-depth EMS opportunity for interested students. The seeds were sown...

Like a lot of things that seemed like a good idea at the time, organising such a course revolved around the whys and wherefores, with a dash of who, what, when and how.

I had a lot of experience with EMS students both in meat plants and at our mixed practice. I had contacts within the food industry, the Food Standards Agency (FSA) and its contractors, as well as the heads of the vet schools, and I was a member of the Veterinary Public Health Association (VPHA). What seemed like a million e-mails and phone calls later, I had got buy-in from everyone, most importantly the plant operators and the FSA, which, along with the local contractor, would provide staff time. The VPHA agreed to sponsor a course dinner where a council member would attend to discuss things such as career choices.

Who, where, when and how?

One student from each school seemed a good starting point, with the limiting factors being accommodation and manageable numbers, especially from a safety aspect. The choice of student was left to the vet schools, so an interesting selection process followed: some set essays, other students were drawn from a hat or responded to a call for volunteers. While one university has, to date, not sent anyone, others have pleaded for extra places.

The south west has a wide variety of food and allied premises. We have forward-thinking farm clients who are interested in putting their side of things across to vet students, and our own RCVS accredited mixed practice. Every other business I approached was willing to be involved and delighted that someone was taking an interest in their activities. More importantly, we could provide accommodation, even if it did involve dormitory-style room sharing and a bit of a shower queue at peak times!

The timing of the course had to fit in with university terms, plant operating times and staff availability, and avoid peak holiday traffic. The second week of July was chosen. A week seemed a sensible length for the course, and I undertook to run it as a trial for three years; we've done it twice, so this year will be the end of the trial period.

The costed value over the three years is in the region of £25,000. However, the actual outlay is considerably less. The students' travel costs are not covered, but accommodation, meals and travel during the course are provided. My mass catering skills are put into practice during the week, and a DIY barbecue and the VPHA dinner provide welcome relief. The major element of cost is time, which the FSA and contractors Eville and Jones have generously provided, by allowing their staff to manage their workload in such a way that they can be accompanied by students, who get to see real situations and problems being addressed. Plant and farm staff have also helped enormously by giving their time to accompany us, prepare documents, explain things, move stock and put on demonstrations of handling systems, etc.

What was covered in the course?

What do we cover? Farm to fork of all major species (on-farm pre-slaughter selection and handling, medicines records, slaughter, processing and further processing, traceability, food chain information and identification); cheese and whey production; shellfish production and harvesting; water quality and environmental changes; animal by-products and brainstem testing; visitor attractions with animals; welfare during transport; comparisons of control/reduction of cross-contamination in plants and veterinary practice; zoonotic diseases; applied principles of hazard analysis and critical control points; and auditing as internal and external quality control and quality assurance measures. It is a long list, but it can be distilled down to three little words: ‘ooh’, ‘aah’ and ‘urgh’, not necessarily in that order.

What have we achieved? Feedback forms and comments from the students and tutors have been encouraging, awareness has certainly been raised and eyes have very definitely been opened to the possibilities that VPH has to offer, either as a full-time stand alone career, or by being better informed to deal with on-farm and practice-based problems. A side benefit of the course has been seeing the friendship and support developing between students from different schools and backgrounds while getting to grips with some quite challenging situations, which can only be good for the future of the profession.

The future of the course is still to be decided but, hopefully, discussion with the FSA and the VPHA, with input from ‘past pupils’ and their schools, will look at what has been achieved, whether it was worthwhile and, if there is a place for this course, how could it best be taken forward.