A veterinary career in the aquaculture industry 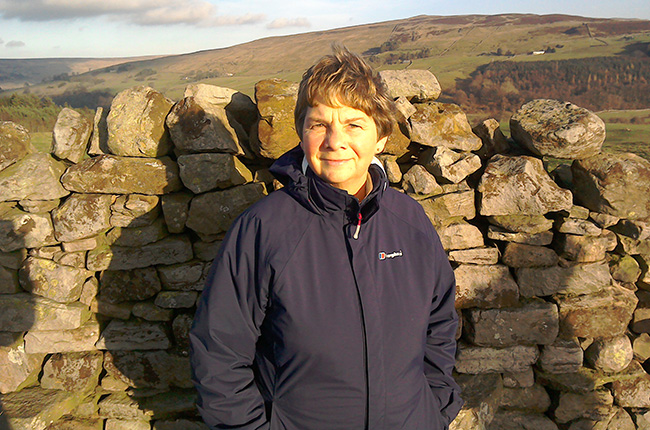 I come from a close, extended family many of whom still live quite near to where they were born and raised. My mother still lives in the house she was born in 93 years ago. At the bottom of the garden, until very recently, stood the forge where my grandfather, then uncle and cousin ran the family farriery business.

From a very young age I loved nature, both animals and plants. We frequently saw the horses rounding the corner past our house to enter the smithy yard and my mother's friend had a dog kennels and grooming business at the other end of the village. My free time as a youngster was quickly taken up with all things dogs and working with my local vet. I eventually managed to get into Liverpool vet school and while at university I took up new hobbies and interests each year as time allowed, all the while holding down a job as a Littlewoods Pools collector on Friday evenings, which paid for my social life.

Developing an interest in the sea

My key hobby was scuba diving. I could never have afforded to train without the university club being in place for students. It gave me a lifelong passion for the sea and everything in it. I started reading up about marine mammals and fish in my spare time and got into a chance conversation one day with Professor J. O. L. King talking about my interest. He invited me to sit in on two lectures on fish diseases being given to some more senior students by Professor Roberts who was visiting our faculty from Stirling university. I was hooked (excuse the pun). He invited me to see practice at his Unit of Aquatic Pathobiology.

It was a small, friendly unit – a mix of vets and fish health professionals – and was housed in a small Portakabin at one end of the university. I returned over the years, doing more EMS and, very fortunately, was offered the chance to do a PhD at Stirling straight from vet school graduation in 1978. By this time the Institute of Aquaculture had grown into a permanent building on campus. Professor Roberts allowed me to spend a few months in general practice before I took up the position so I could consolidate my veterinary degree and I spent the first eight years of my professional life doing regular locums while working full time in the aquatic sector.

Working in the aquaculture industry

The aquaculture industry at the time comprised a well-established trout sector, with a small but growing salmon farming sector. I travelled all over Scotland meeting farmers and fish health biologists. It was a very inclusive and team-oriented affair as we all learnt on our feet.

By the end of my PhD I wanted to get more hands-on experience and so I became a technical adviser to a Norwegian fish food company that had just merged with an old established British feed company. In this job I travelled widely throughout the UK, gaining confidence in giving presentations, taking samples on-farm and diagnosing disease, or even just discussing improvements in production. After 12 months, I was made redundant. The firm downsized and it was a case of last in, first out. It hit me very badly. I could not understand how two degrees and eight years of my life weren't valuable enough for me to be employed by anyone, which is how I felt. Fortunately, my next career move was not far off.

I decided to attend my first BVA congress where I got into conversation with someone in the pharmaceutical industry, asking what it was like to work in their industry. They invited me to visit the company and soon afterwards I was invited to interview for another company – we know its products now as part of Zoetis, but back then it called itself Willows Francis Veterinary and I realised that my career was going to encompass veterinary pharmaceuticals in some form or another.

I won't bore you with the path of the various jobs I worked in, save to say that they generally involved aquaculture, research in fish pharmacology, regulatory affairs, lecturing, writing book chapters (and a book) and working in many countries throughout the world wherever there were fish farms. Moving from job to job always seemed to be a natural progression and often involved networks and, most importantly, meeting people at conferences.

BVA congress was a great place for networking and meeting colleagues. At one of my first conferences I didn't know a soul but I went up to a table of vets, introduced myself and asked if I could sit with them. Thanks to Trevor and Jean Turner, I suddenly found myself welcomed with great friendship (which has lasted to this day). At another BVA conference, a random chat with the wife of the associate dean of a vet school led me to a faculty position at the College of Veterinary Medicine, Mississippi State University. Its second most important agribusiness was channel catfish farming and they needed fish vets! Today such links can be found on the web through LinkedIn and digital veterinary communities, but at that time, the World Wide Web was still in its infancy. When I returned from America in 1988, I married a vet, John Seamer, and settled in Wiltshire.

Moving into the pharmaceutical industry

I gained management experience running a small subcompany of a contract research laboratory and then went on to work in the pharmaceutical industry on fish health products. There followed a brief divergence into biological pesticides for horticulture and viniculture, where the role brought me into the commercial side of the industry and I studied for a distance learning MBA at Warwick. Finally, another veterinary colleague put my name forward for a position as managing director of a small veterinary pharmaceutical company specialising in fish health products. It had just been acquired by an American multinational company and the founder of the business was retiring. A few years later we took the company through a successful employee buyout process.

My husband John died in 2007 and I subsequently met a widower, Stephen Robbins who was chaplain general for the armed forces and we married in 2011 – the same year that I was awarded an MBE for services to the veterinary profession. In fact Stephen and I both went to Buckingham Palace on the same day, he to receive a CB and me to receive my MBE. We both retired from our day jobs the same year. 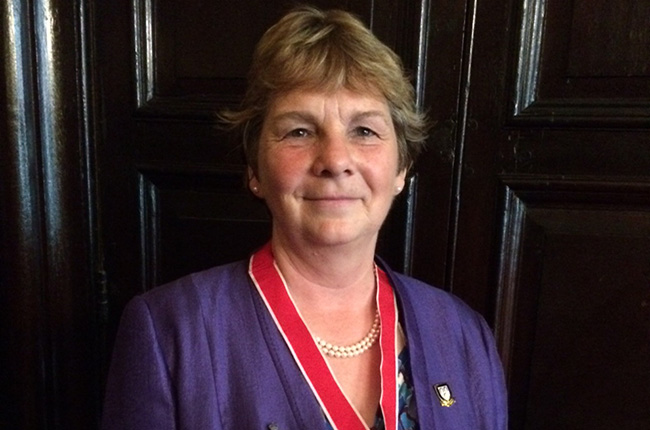 Pharmaq, the last company I worked for, was recently acquired by Zoetis, so I began and ended my career with Zoetis without ever actually working for the company!

Since ‘retiring’, I have worked for the NHS as a vice-chairman of my local hospital and now I chair a small but growing veterinary company back in my home town of Liverpool.

Using retirement to 'pay it back'

I have always been keen to ‘pay it back’; I've received so much help in my life, it feels right to do what I can for others. During my professional career I've been actively involved in a number of veterinary (and aquatic) organisations. I have enjoyed committee work trying to find improvements for how our profession works with the consumers of veterinary services and also trying to provide support for our profession. I was fortunate enough to be elected President of the RCVS in 1998/99 and, about the same time, I convened a working party of colleagues that led to the launch of the Veterinary Surgeons' Health Support Programme in 1998 (now called Vetlife Health Support). Vetlife is very close to my heart and I spent many years as a director of the charity before becoming its president. I've also been chairman of the Universities Federation for Animal Welfare and the Humane Slaughter Association, as well as a number of other societies. Outside the profession I have been a member of Chapter of Salisbury Cathedral and am now a lay canon emeritus.

In the past couple of years I have become a liveryman of the Worshipful Company of Farriers, which is considered the natural livery company for vets, but is especially poignant for me growing up with all those farriers in the family. My vet life is turning full circle as I now coordinate an annual equine veterinary studies award given by the livery to one vet student from each UK vet school. The aim is to help vet students engage in work experience with host farriers so that both vet and farrier can appreciate that they are members of the same team for the welfare of the horse.