Taking to the airwaves: the vet on local radio 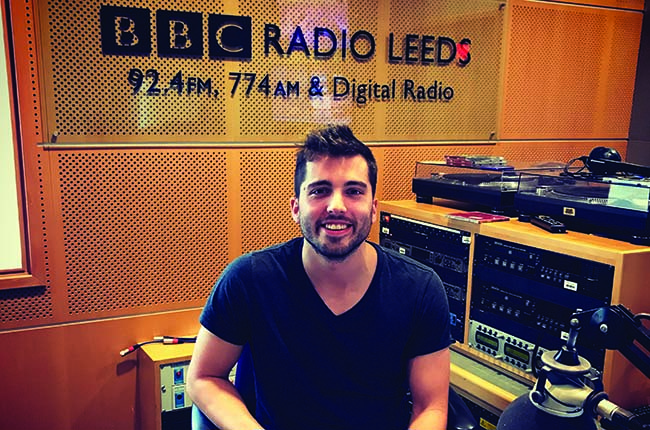 ‘Would you like to answer pet owners’ questions on live radio?’, I was asked. Despite being a bit daunted, I said yes, because I’m someone who tries to push myself outside my comfort zone.

Justin Phillips, our head of marketing at White Cross Vets, had been approached by BBC Radio Leeds because it wanted to broadcast a regular ‘Ask the Vet’ feature.

Although it wasn’t something I had ever thought about, it was a challenge I was prepared to accept. I soon discovered that it involved answering questions, but having no idea what they might be beforehand.

Before my first appearance, I asked my colleagues for their advice. It turned out many of them had previous experience of speaking on the radio – some had even appeared on television. I guess that isn’t so surprising, given that we work in a pet-loving nation.

As a result, I now do regular phone-ins; these take place every six weeks, and last between 30 minutes and an hour.

As I approached my first programme I was nervous. I made sure to get there in good time. The producer offered me a cup of tea and everyone made me feel welcome. They got me chatting and, before I knew it, it was time to go to the studio.

I entered while a song was playing, and sat opposite the presenter – a computer screen and a microphone separated us. He introduced himself to me during the travel news, which was being read from a different studio and then I was on.

In reality, I needn’t have worried. It was similar to answering the phone in practice. Once I got over the image in my head of the rest of the team listening at the practice (as well as my mum at home), I began to rely on my training and experience, answering the questions as best I could.

"I try to pick something from the case to elaborate on, to inform and educate listeners"

Questions come in in the form of phone calls, tweets or Facebook posts. The first few were fairly straightforward – until one listener asked about keeping sugar gliders – I couldn’t even picture one. The presenter obviously recognised the mild panic on my face and played a song, which gave me three minutes to spend on a Google search!

Having been on a few times now, I know that while songs are playing, I can ask what’s coming up next and roughly prepare my answer.

A bit of advice

My top piece of advice to anyone doing something similar, would be to take a notepad into the studio.

First, you can use it to note down the name of the caller and their pet so that you can personalise your response, and, secondly, you can organise your thoughts to help you structure your answer. While it’s easy to respond with ‘you need to go to your vet’, I try to pick something from the case to elaborate on, to inform and educate listeners.

One recent call involved a question about a pug. I ended up talking about brachycephalic obstructive airway syndrome. It was a great opportunity to increase awareness of the condition and mention the BVA’s #BreedtoBreathe campaign. It went down so well that the following week I received an e-mail asking if I would go back to discuss the topic in more depth.

If you get the chance, have a go

I really enjoy these sessions, it’s exciting and very different from day-to-day practice, and it’s something that I never saw myself doing.

With every appearance my confidence is growing and, alongside that, my advice is hopefully becoming better and clearer for the listeners.

I am very aware that I’m not only representing White Cross Vets, but the veterinary profession as a whole. It’s a great opportunity to highlight our skills of examination, diagnostics and client care. If you get the chance, go for it!