Opportunities in teaching, research and management provided by vet schools 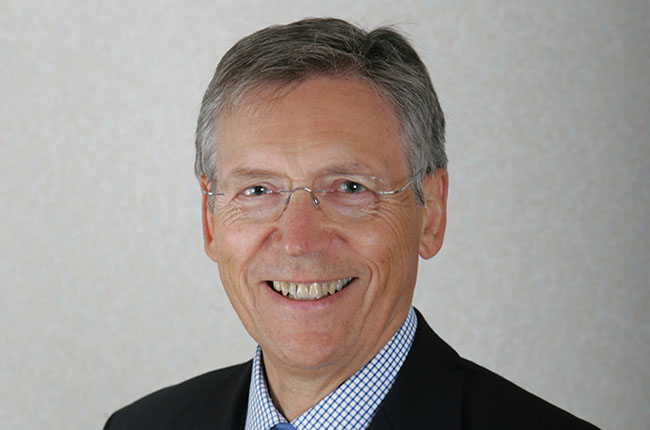 Veterinary schools can offer a wide range of career opportunities. They provide an exciting environment for teaching some of the brightest and most highly motivated students in the university system and the chance to work in interdisciplinary research teams both nationally and internationally. The latter can be especially stimulating and rewarding.

In my own case I had two early ambitions – to be a vet and to work in Africa –and thanks to Glasgow Veterinary School I achieved both of these aims. My early interest in animals and their biology came from my close involvement in my grandfather's fellmongery business in East Yorkshire. My passion for working in Africa was inspired by the sporadic visits of a missionary uncle based in what was then Northern Rhodesia (now Zambia). Seeing practice with John Crooks and his partners in Beverley reinforced my wish to become a vet and I was fortunate to be admitted into Glasgow Veterinary School in 1961, following an interview chaired by the charismatic William Weipers (who was later knighted).

Glasgow Veterinary School provided a stimulating environment and summer research projects with Jimmy Armour (also later knighted) confirmed my interest in following an academic career. My fellow Yorkshireman in the 1961 intake was Jim Wight, whose father was beginning to develop his writing career as James Herriot.

In 1966 my appointment to an assistant lectureship with Bill Mulligan (a key member of Glasgow's ‘Dictol’ team) provided the opportunity to undertake a PhD on the pathophysiology of fascioliasis followed by a secondment to Ethiopia for two years. This was to establish a radioisotope/nuclear techniques facility at Haile Selassie University to investigate tropical parasitic diseases. The project was funded by the International Atomic Energy Agency (IAEA). These two developments in my career led to many years of stimulating and productive interdisciplinary research on the pathophysiology and control of parasitic infections, with projects based in Glasgow and collaborative links to colleagues in the UK, Europe and East African veterinary schools and research institutes. Many African postgraduates joined us on these projects and later progressed to senior positions in their home countries.

The close links with UN agencies continued, especially with the IAEA, the Food and Agriculture Organization (FAO) and the World Health Organization (WHO). Glasgow has always had a strong interest in trypanosomiasis stretching back to original observations by David Livingstone and Muriel Robertson (who were both Glasgow alumni). The expansion of Glasgow's interest in the control of this devastating disease was led by George Urquhart in the 1970s and Glasgow became an international centre of expertise on this disease. It played a leading role in the development of ILRAD (International Laboratories for Research on Animal Disease) in Nairobi through Max Murray, and the development of the International Trypanotolerance Centre in The Gambia led by Ian McIntyre. Later, I had the privilege of being the founding chair of the International Programme Against African Trypanosomiasis, which is a unique partnership of international agencies including the FAO, WHO, and IAEA. Along with these exciting developments in research and postgraduate training I continued to play a full part in the teaching programme for veterinary students throughout my career, and served as head of department for 19 years. Promotion led to a personal chair in 1982 and a vice-principalship in 1997.

The developments at Glasgow Vet School have been greatly assisted and promoted by the significant number of university vice-principals from the school. From 1980 onwards, a member of the vet school staff served as a vice-principal to each of the five principals of the University of Glasgow – a record unmatched by any other part of the university.

Bill Mulligan (1980 to 1984) was one of the first vice-principals to be appointed to this new post. He was followed by Sir James Armour (1991 to 1996). I was promoted to vice-principal in 1997 and served for 10 years. Andrew Nash was elected Clerk of Senate in 2002, and later combined this role with that of Vice-Principal for Learning and Teaching from 2002 to 2004. He was followed in this role by Andrea Nolan in 2004, and in 2009 she became Senior Vice-Principal and Deputy Vice-Chancellor.

As vice-principal for research I had the opportunity to interact with colleagues across the whole university and develop the research strategy (as well as the onerous task of leading the preparation of the university's submission to the research assessment exercise in 2001). As part of the university's senior management team I became closely involved in the development and implementation of the university's various programmes including the planning of many new buildings and the recruitment of key staff. In parallel with these duties I became a board member of the Scottish Universities Funding Council and chaired its research and knowledge transfer committee for eight years, during a period of major developments in the research base of Scotland.

The vet school in Glasgow has a strong tradition of fundraising for the development of its new facilities including, in recent times, the Weipers Equine Centre, the Scottish Centre for Production Animal Health and Food Safety, and the award-winning small animal hospital. Since my retirement in 2008 I have been pleased to assist by serving as chair of the vet school's fundraising committee.

This year is especially important for the Glasgow school, its alumni and its fund-raising as it celebrates its 150th anniversary with numerous events, culminating in a gala weekend that will be held from October 5 to 7, with a full CPD and social programme.

This is also when our book covering the history of the vet school's outstanding achievements in veterinary education and research will be launched. It has been a privilege to be a small part of this history.