Your vet career - is it time for a change?

A friend of mine left the veterinary profession recently to complete an MBA and start a career in the city. Having trained for five years and practised as an equine vet for several more, the realities of the career path no longer seemed to match the wealth of expectation that he had harboured at vet school. So he took his analytical and problem-solving skills, his writing and communication skills, and he went to try something different. He is not the first vet to change direction and I doubt he will be the last, but his story, and my own, serve to illustrate that there are many career directions available for the trained vet.

The reality of practice

While working in clinical practice is not without its rewards and lighter moments – I can't forget the dog that presented with a small traffic cone stuck on its mandible like a permanent trumpet – it can also be stressful and disheartening. The reality of practice is often quite different from the romantic notions of lambing and caring for puppies that accompany the completion and submission of UCAS application forms. Instead, the work may include 12-hour shifts, plus on-call shifts in the evenings and weekends, which all take a toll on your personal life.

There are always the high-maintenance clients who call you at 4 am, get you out of bed and then call again at 5 am to say that they are not coming after all because ‘Mr Pickles has stopped vomiting, so don't worry.’ And, for those who do not want to specialise in any medical or surgical field, the options for progression and long-term career satisfaction can be limited, unless you aim to take over a practice yourself, something that is becoming more uncommon as privately run practices get bought up by corporate organisations.

Mental health in the veterinary profession

Alongside all this, the veterinary degree is renowned for attracting high-achieving, passionate and ambitious individuals, but the veterinary profession is recognised for its high rate of mental illness compared with other science professions. Rosie Allister, a director of the Veterinary Benevolent Fund, highlights that vets are three to four times more likely to commit suicide than the general population, while a study by Cardwell and others (2013) revealed that even veterinary students were significantly more likely than members of the general population to avoid sharing a mental health problem. In 2014, the RCVS launched a new initiative called ‘Mind Matters’ to help focus efforts on combating mental health issues in the profession. While this is a start, it cannot be expected to sort everything out for us. So, what is a vet to do?

After five years in practice, I was frustrated and itching to break free from the chains of a prescriptive rota. I was also suffering from mild compassion fatigue. It took a long time, and required a lot of thought, to finally pluck up the courage to leave a stable job at a brilliant small animal practice, but I took a break. A change in direction is not to be balked at, despite the inevitable cries of ‘But you trained for five years’ and ‘What else could you possibly do?’. I finally left practice to board a plane bound for Africa to ‘find myself’. 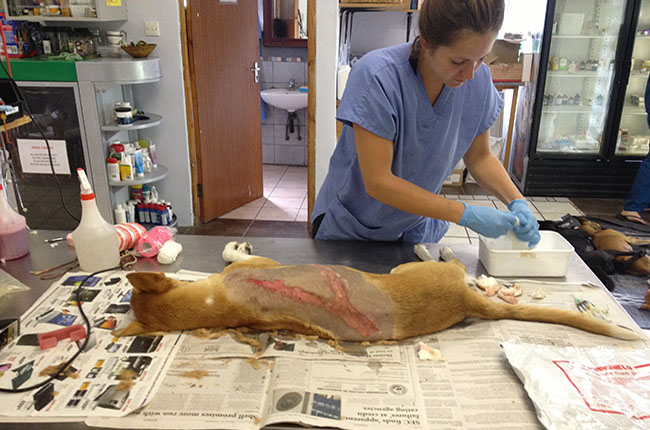 I contacted animal charities in most of the countries I visited and used my skills to help where I could, spaying stray dogs in Kampala at the Uganda Society for the Protection and Care of Animals, teaching community workers about farm animal welfare and production at the Nserester Complex in Masaka, Uganda, and running outreach clinics at the Maun Animal Welfare Society in Botswana. When I returned to the UK, I had a new zest for life but was reluctant to go back to the constraints of full-time practice. I had an urge to follow my passions – Sir David Attenborough counts as a ‘passion’, right?

We all have things we like to do in our spare time – painting, writing, travelling, conquering new worlds on the Xbox...The problem is that, as vets, we rarely get time to develop them. From our early teens, we jump on to a perpetual hamster wheel of holidays on pig farms and in lambing sheds, or slipping around on the floors in an abattoir, in a desperate bid to secure our place at vet school. Then, after at least five years at vet school, most of us go into practice, with all that entails.

Being able to locum is a way to escape the hamster wheel for a while. If you are starting to feel unsure about your place in the veterinary world, knowing that you can take time out to explore other options while still being able to support yourself is reassuring. It also means you can try different practices to get a feel for the type of practice you really like, or even if clinical practice is really for you. I found myself most at home working for charities, so I now locum a lot for the Blue Cross and the PDSA. Locuming is not without its own stresses, however – you need to become adept at time and budget management, and filling out tax returns certainly doesn't rank highly on my list of favourite things to do. 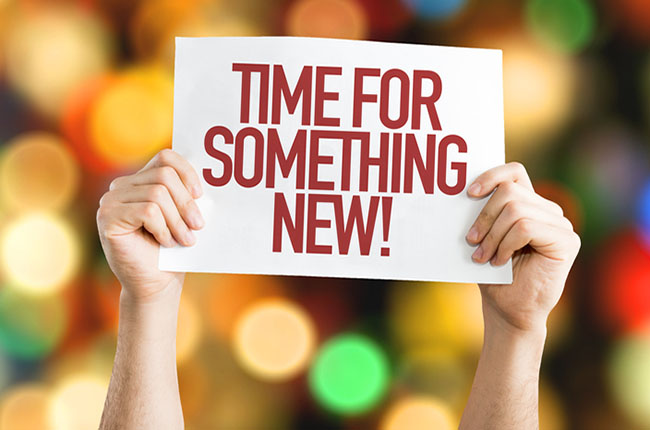 Have you ever considered being a vet AND something else as well?

I like being a vet, but the thought of being only a vet for the next 40 years was quite scary. So, I asked myself whether I could perhaps be a vet and be something else as well. How about a vet writing policy? Or articles? Or a column? Or working for an international animal charity? Or running a start up business? Or working in media production? Does Sir David need a protégée, or a driver, even? Some, if not all of these things are already being done by my friends – and by me!

I followed some leads and tried networking. I went to a wildlife film festival; I volunteered for a communications charity at the British Academy of Film and Television Arts (more commonly known as BAFTA); I went to a script writing seminar, and I did some writing. I realised that although CPD keeps our brains active, my creativity was stagnant and needed some serious fresh air. Through a contact in broadcasting I discovered and applied for a masters course in science communication at Imperial College London, funded by my locum jobs. It is a part-humanities, part-media degree, run for people who are interested in the sciences – biological, physical, environmental and social. Consider it a mini MBA for science media if you like. We do modules in narrative, documentary, radio, policy, development, philosophy and even in museum design. People come from a variety of scientific backgrounds– PhDs, postdoctorates, BScs, research, medicine – and are all ages.

Make time for other interests

Tips on a career change would be more pertinent having achieved a modicum of success, so I will hold off for now. What I would say is that perception of career, autonomy and work-life balance is changing at a rate of knots, and the careers advice we receive at university is not advancing at the same pace. Regardless of how happy you are as a vet, making time for other interests, be it filming squirrels in your local park, writing articles, retaking your maths A level, or even sitting down and Googling ‘What can I do now?’ (as I did), can send you off in all sorts of other directions – not to mention leading to a better work-life balance and improved mental health.

"Regardless of how happy you are as a vet, making time for other interests can send you off in all sorts of other direction"

Few of us hate our jobs. Most of us like science, and people, and animals, and we like communicating important messages. But maybe we can add bits to this, or subtract some of the bits we don't like quite as much. And we're lucky in some ways: unlike some of the others on my own masters degree course, having a background in veterinary science means I am able to support myself reliably while I work out how to merge my other interests into my career plans, or how to change direction completely. Time will tell just how successful I will be, but it's quite fun to try.