What have you been doing lately?

I had a few books to finish, which had been on hold while I took my finals. I have been doing lots of talks to kids at various literary festivals and other events on my book tour over the summer. I also have a new puppy, so he has been taking up a lot of my time.

I grew up with lots of weird and wonderful creatures as my dad breeds exotic invertebrates. I have always had a great love for animals and the natural world. My first degree was in zoology at University College London where I specialised in primates and conservation. During my studies I set up a programme for students, where we would go into local primary schools and teach children about environmental and conservation issues.

I then took a year off to work in television, with the hope of working on conservation films. I became known as ‘Jess the bug girl’ as I worked as an animal handler with exotic invertebrates. After being told time and time again that conservation issues don't make good television, I decided to go to vet school instead of pursuing a career in TV. I enrolled to study at the University of Nottingham and, in my second year, I was offered a presenting role on a CBeebies show. Luckily, they could work around my EMS and film in the summer holidays. My show ‘Minibeast Adventure with Jess’ continues to be shown on the CBeebies channel. Off the back of that, I started writing minibeast books for children and have now progressed to writing about other species and for various age groups.

What are your plans?

I started a vet job in Norfolk in September. At the moment I'm lucky enough to be able to pursue all of the things I love simultaneously. I hope I can continue to write, give talks to kids and be a vet for a considerable time.

What are the best bits of your jobs?

I love storytelling, so writing is a great escape for me. Talking to kids about animals is hilarious, I love the questions they ask and the way their minds work. For any animal lover, the opportunity to save a sick animal is an amazing privilege. 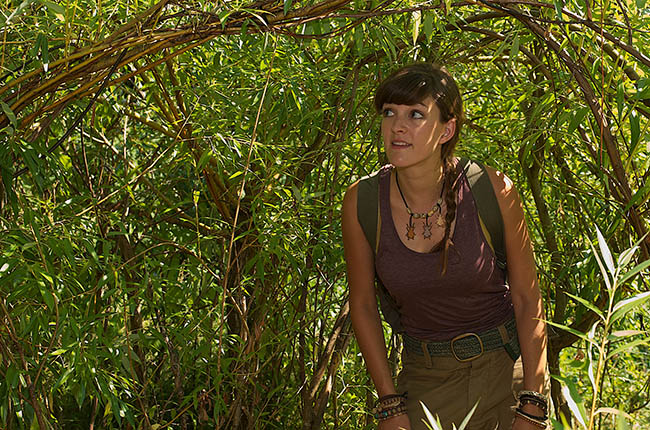 Why is your role important?

There is a growing disconnect between humans and the natural world. Screen time is replacing time spent with nature and children are growing up without any significant connection to the outdoors. We have already done our bit to destroy the planet we live on, but if children don't care about nature, then how can we expect them to do anything to change that? In order to protect something, we must care about it; in order to care about it, we must know about it and connect with it. It's not hard to sell nature, you just have to get people outdoors. So that's what I'm trying to do.

What advice would you give to someone else?

What is the best piece of advice you've been given?

Do what you love.

I always feel great pride at hearing children recount information to other people that I have taught them, particularly regarding animal welfare or conservation. I was proud and amused to hear that after one of my workshops, a child had gone home and knocked over the wheelie bin outside to sort out the recycling. I think his parents were less impressed. Becoming a vet has to be up there too, along with being listed number 43 in Britain's top 50 most influential conservation heroes in BBC Wildlife magazine.

While filming Minibeast Adventure, I threw myself into a fox poo to catch some flies (I didn't realise the poo was there until I'd landed in it!). As we had been chasing the shot all day, I didn't alert anyone to it but kept talking to the kids. The first any of the crew knew of the situation was when a boy looked up at me quizzically and then said, most matter-of-factly, ‘Jess, you really smell of poo’.