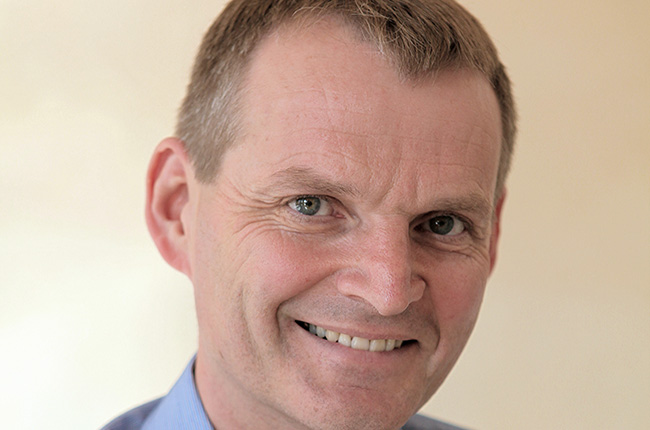 Adrian Boswood is professor of cardiology at the Royal Veterinary College. He recently led a study on mitral valve disease, the findings of which will benefit many older dogs.

What is mitral valve disease?

Mitral valve disease (MVD) is the commonest cardiac disease affecting dogs. It is caused by degeneration of the mitral valve, which results in mitral regurgitation and, in some dogs, can go on to cause cardiac enlargement and, ultimately, heart failure.

Tell us about your research

The study that we have recently published, the EPIC study – evaluation of pimobendan in cardiomegaly – involved 360 dogs. All dogs recruited to the trial had MVD that was sufficiently advanced to be causing enlargement of their heart. Our hypothesis was that administration of pimobendan to these dogs would delay the onset of clinical signs – principally by delaying the onset of heart failure.

How was the study conducted?

The study was a prospective, randomised, blinded, placebo-controlled clinical trial; meaning that the evidence generated is of the best quality for primary evidence (ie, not evidence from a meta-analysis or systematic review). The dogs were recruited at 36 centres in 11 different countries meaning that the results should be generalisable to similar dogs worldwide. Due to the slow natural rate of progression of the disease, the study took four-and-a-half years to complete (nearly seven years when the planning and analysis phases are included).

Why are the findings important?

The findings are important because for the first time we have convincingly shown that treatment of dogs with MVD before the onset of clinical signs can delay the onset of signs and prolong life.

Do they change the way vets deal with MVD?

Yes. The findings of this study significantly change how the disease should be approached. Previously, since animals were only known to benefit from therapy after the onset of clinical signs, taking a watch and wait approach in a patient without outward signs of disease was a perfectly valid approach. Now we know that therapy during the phase when clinical signs are not evident can benefit patients and lead to a prolongation of life. Patients that will benefit from therapy are those with enlarged hearts (cardiomegaly) and therefore patients with louder heart murmurs should ideally undergo diagnostic imaging in order to determine whether their heart is enlarged. If there is clear evidence of cardiac enlargement then treatment should be initiated.

On the scale of proud moments, where does this study fit in?

I am very proud to have been part of this study and particularly proud to have been one of the lead investigators. Among my professional ‘proud moments’ this rates very highly. However, I must point out that, as anyone who has been part of a good team will know, the success of that team is not about individuals. Success happens because of the coordinated efforts of the whole group. I am therefore most proud of being able to represent such a great team of investigators. What is most gratifying about the study is that there are real tangible benefits of the findings for a large number of dogs and their owners. Delaying the onset of clinical signs means that dogs can live longer, healthier lives and owners will have longer with their pets before the awful signs of heart failure develop.

What are the next steps?

It is almost always the case that answering one question leads to another question being posed. In this case the next question is ‘How can vets in primary care practice reliably identify those dogs most likely to benefit from therapy?’. Dogs enrolled to the EPIC study underwent both echocardiography and radiography and were recruited by people specialising in cardiology.

At the moment we can only be confident that a dog will benefit from therapy if it undergoes diagnostic imaging; ideally echocardiography. It is probably unrealistic to expect that every dog in primary care practice with a moderately loud heart murmur will undergo echocardiography – so is there another way we can find these dogs? The answer to that question is currently – we don't know.

What I would like to develop is a simple tool or algorithm that may combine factors from a dog's history, clinical examination and perhaps biomarker concentrations to generate a patient risk score. It is possible that such a score could be used to either select those patients in which diagnostic imaging is strongly recommended or, even better, a high score could be used as a basis on which to initiate therapy. We are a long way from having such a validated clinical scoring system, but 10 years ago we were a long way from knowing that pimobendan was effective in the treatment of dogs with preclinical mitral valve disease – and now we do! Difficult questions sometimes take a long time to answer.