How to become a technical adviser 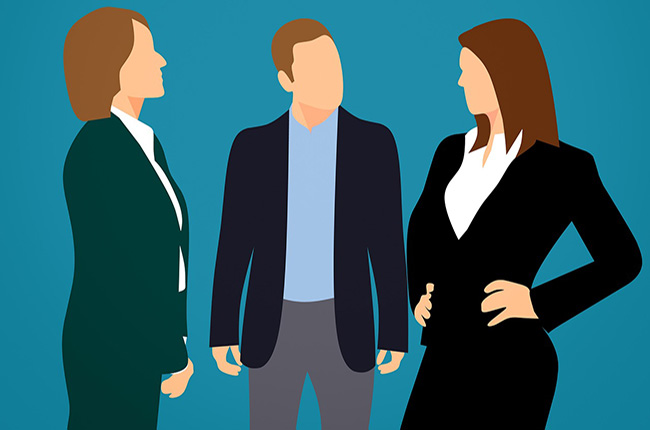 I grew up nurturing the steadfast and wholly immovable idea that I would one day be a veterinarian. Like many of us in the profession my childhood love of animals, matched with academic acumen, grew into a stubborn life goal. The prestige of the profession, my vehement declarations of job-based passion, and a stable career path meant I was roundly supported in my aim by parents and teachers.

I have never regretted my decision but, like many who make it out of vet school and into the real world, it was in my first job that I realised that ‘Vets in Practice’, ‘Animal Hospital’ and even work experience gave a rose-tinted look at life behind the consulting table.

Five years of experience later, and my CV had already taken on a role-hopping list of positions - often a hallmark of someone looking for something that, perhaps, cannot be found. My frantic hunt for job satisfaction led me through mixed practice, pure smallies, a stint in Zambia as a zoo vet and even a sabbatical in South Korea, volunteering at a dog rescue charity. An exhausting although incredibly fun list!

My time in general practice ended with me working as a locum. Unable to commit to a practice for fear of upending them six months down the line, I dipped in and out, although like many locums I did end up back rather regularly at my favourite places!

Five years in practice, although nothing to brag about, gave me a healthy skill set and the critical eye needed to really assess my options. I was a great communicator, a terrible surgeon, and I really did like weekends at home.

I really hadn’t considered leaving clinical practice until I reached my natural parting of ways with life in practice, a memorable part of that being nearly passing out from a splenectomy that was especially bloody (I passed out in the back of the room during my Nottingham interview many years previously, and foolishly still believed you can get over a blood phobia). Considering leaving something I had worked so hard to do seemed almost like a betrayal, as well as darned waste of £36000. It wasn’t until I really started to think of industry as still being part of the veterinary community that I believed it could work for me.

"I was a great communicator, a terrible surgeon, and I really did like weekends at home"

It helped that for the jobs I wanted, the technical adviser roles, you still had to be a vet. With that in mind, and fantastic family support, I started to look for jobs.

When my current role as an International Technical Adviser came up, I was absolutely sure I didn’t have a chance. I love travel, and always have, but the responsibilities sounded… difficult! Talking to top surgeons all over the world, training sales forces, giving CPD, fielding technical enquiries, producing literature and representing the company with universities and at congresses were just a few of an expansive and frankly terrifying list.

A turning point in my mentality was when my Dad pointed out to me, rather astutely, that all of those things boil down to “talking to people about science”. That really helped me realise that I was more qualified than I originally thought. Despite a healthy respect for keeping blood where it belongs, I excelled with client management in practice, and moving to technical adviser was just a logical expansion of my skill set.

In my technical adviser role, I have travelled to thirty-three countries, presented CPD as far away as New Zealand, bowed my way backwards out of vet practices in Japan, and had many interesting (used in the British raised eyebrow manner) brushes with local cuisine. Pro tip for anyone in Taiwan – Do NOT try ‘stinky tofu’. The entire experience, and the chance to work with people from all over the world, has been an invaluable step in a career path I finally feel comfortable in.

As a technical adviser I have been able to nurture a love of writing, and use that to support our marketing department. I have liaised with research and development, regulatory, design, and even when necessary pitched in envelope stuffing. My days are variety in all its forms and have also shown me myriad other doors my career can move forward through. I certainly count myself very lucky to have had these experiences, and would heartily encourage anyone with a taste for industry life to give it a go.

Industry can be daunting for vets in practice. There are so many acronyms, companies can have thousands of employees and you learn a bewildering number of ways to describe money in and money out. For all that however, you also learn that the people you work with become family, whether the company has five staff or seemingly uncountable masses. You learn to develop skills you already have, in communication, logical thinking and pure confidence. You can learn new skills as well – for me that was finance (although I have to confess a small lack of learning in that arena), and marketing for which I have discovered a real passion.

"The entire experience, and the chance to work with people from all over the world, has been an invaluable step in a career path I finally feel comfortable in"

I like to live by a few mottos, one of which is that you can always go back. If you try something and don’t like it, practice is a forgiving shepherd and will always let you return to the fold. If you don’t try, then you will never know.

For anyone wondering, another great motto is ‘it’s better to beg forgiveness than ask for permission’, but I do have to add the disclaimer that you use this at your own risk!