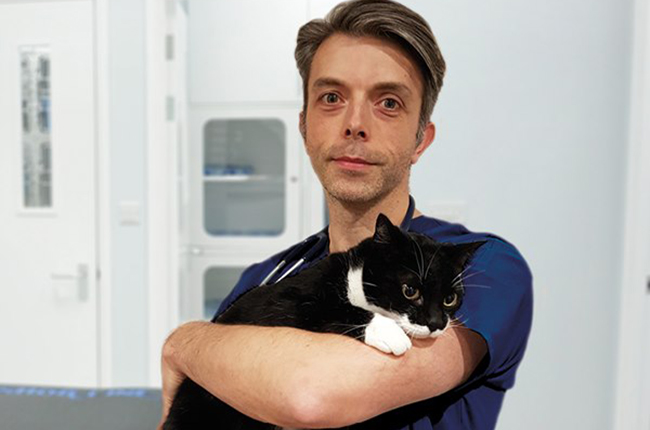 I am delighted and proud to be witness to the increased awareness the veterinary professions now have regarding inclusion, diversity and equality. Phenomenal progress has been made but there are still challenges and obstacles to overcome.

I have been a proud and committed member of the British Veterinary Lesbian Gay Bisexual Transgender Association (BVLGBT+) since its inception several years ago. During this time, I have been and continue to be involved with some tremendously important projects and working groups – including the RCVS Diversity and Inclusion Group and BVA's Good Veterinary Workplaces Working Group – that are laying the foundations for us all to work in the safe, open and inclusive veterinary workplace that we all deserve.

My work with the BVLGBT+, BVA and the RCVS has given me the opportunity to meet many LGBT+ members of the vet professions. It has been a privilege to listen to their individual stories, many of which were encouraging, hopeful and reassuring. Sadly though, too many were harrowing and upsetting and caused me great concern and worry. These conversations also afforded me the opportunity to reflect on my own experiences as a gay vet and how my experience of ‘coming out’ was influenced and affected by my workplace at the time.

I was 27 and working in New Zealand when I had my first relationship with a man. For both of us it was a secret to the outside world but after a few weeks, the friendship suddenly and painfully ended. Shortly after, I started to receive malicious phone calls in the middle of the night – the caller would either be silent or say they ‘knew my secret’ along with some unimaginative homophobic slurs. This progressed to public taunting in the street by colleagues and friends of the person I had had a relationship with. I knew it stemmed from him attempting to ‘cover his tracks’ and deflect any suspicion of him being gay from him to me. This went on for months and during this time I kept it all to myself and struggled on. Each day I would dread the phone ringing (not just from being on call!) or whether I might be taunted again in the street. This secret ate away at me both mentally and physically; I didn’t think I was behaving any differently towards my friends or colleagues, nor had I noticed my weight loss. As far as I was concerned, I was working well, being cheerful and happy to colleagues and clients. Generally putting a brave face on!

It wasn’t until my boss invited me round to his house for dinner that my life changed. As we parked in his garage, he switched off the car engine but didn’t get out – he just looked at me and said, ‘Each day I expect to come in to work to see you hanging from the ceiling.’

Wow! That hit me like a train! My first reaction was embarrassment and shame: what had I been doing or saying to cause such worry? But at this point, I let go and just talked and talked. What a relief it was to talk to someone, to know that they were listening and that they cared. He said he would sort out the harassment and abuse (it literally stopped the next day) and reassured me that I would be safe both at home and at work.

The most important thing that conversation did for me though was to give me the courage to keep talking. I talked to friends and family and eventually my parents. There was no occasion where the world fell apart when I told them I was gay (I found it disconcerting that most people weren’t surprised!).

'That conversation gave me the courage to keep talking'

I have been so lucky. From that moment on, I have never experienced any negative behaviour or attitudes towards my sexuality. I don’t think I exaggerate when I say I owe my life to my boss; he saw me struggling and was brave enough to reach out to help me. We have spoken recently about that time in my life and I impressed on him again the importance and significance of his support and concern towards me. That person should be an example for us all as colleagues, friends or employers. He is my hero!

It is certain that discrimination is very much present within the vet professions and we all need to work together to recognise it, to react to it and ultimately eradicate it. Everybody has the absolute right to work in an environment that is open, trusting, fair and most importantly, safe. Everybody should be able to bring their full self to work and not be forced to portray a false version of themselves to colleagues, employers and clients. To hide who we are from friends, colleagues and ultimately ourselves can lead us down a lonely and dangerous path.

'Everybody should be able to bring their full self to work'

As employers and colleagues, we should be comfortable and eager to call out discriminatory behaviour by offering robust and consistent responses to these unacceptable episodes. It is true that a large proportion of the discriminatory incidents experienced by our LGBT+ colleagues are subtle and no doubt unintentional. For instance, while consulting, I’m regularly asked what my wife does for a living. This doesn’t upset me personally, but others will be upset by these presumptions; my partner, for one, finds it very uncomfortable when strangers ask him what his wife does. If encountered on a daily basis, these sorts of incident are understandably going to wear an individual down.

It is vital that veterinary practices have clear policies in place regarding discrimination and there should be very visible pathways available for individuals to comfortably and safely report discriminatory behaviours. A significant number of those individuals who didn’t report discrimination didn’t do so because they didn’t know how to, or more worryingly, were afraid to. I am proud to have contributed to the recent BVA Good Veterinary Workplaces guidance and am confident that there will be many members of our professions who will benefit in the future from the changes it will prompt to our workplaces and professional teams.