Strengthening a passion for exercise and wellbeing 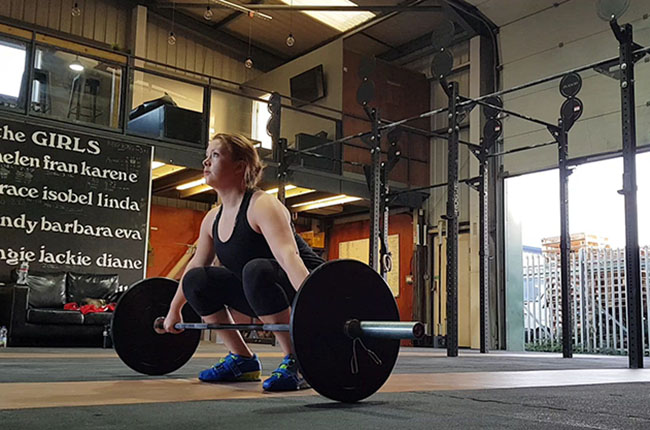 Ballerina or a millionaire were my job aspirations as a 10-year-old. It was only once I hit sixth form college that I decided I wanted to be a vet. After three unsuccessful attempts to get into vet school, I finally accepted an offer from Surrey the day after my interview. And six months later it all began.

I found the second year incredibly tough both academically and personally. I compensated by excessively controlling my diet and exercise, which ended up being detrimental to my mental health.

I eventually sought help, took a step back, and by the start of third year, I had a much more positive outlook on exercise – focusing on the feeling and energy that exercise gave me, rather than the aesthetics. I had finally developed a balance.

At this point, I discovered the sport of Olympic weightlifting through the University of Surrey Weighlifting Club. The community is amazingly supportive and it makes me feel physically and mentally strong.

Going into fourth year, I joined the club’s committee and channelled so much energy into it, I found positive energy bounced back, giving me euphoric feelings of success.

Surrey competes against Royal Holloway in Varsity each year, but as it doesn’t have a weightlifting team, our club couldn’t participate. I decided to create an event for Varsity day, combining powerlifting and Olympic lifting. Despite extensively searching online, I couldn’t find anywhere the two sports had been brought together, so I designed a team-based competition myself.

After hours of planning and organising, on the day of the competition I was sitting at my makeshift desk (made out of boxes) feeling the energy around me and seeing the support and motivation shared by the competitors. I watched as goals were achieved and laughter shared, and thought ‘Wow...this is what success feels like’. That has been my proudest achievement to date. 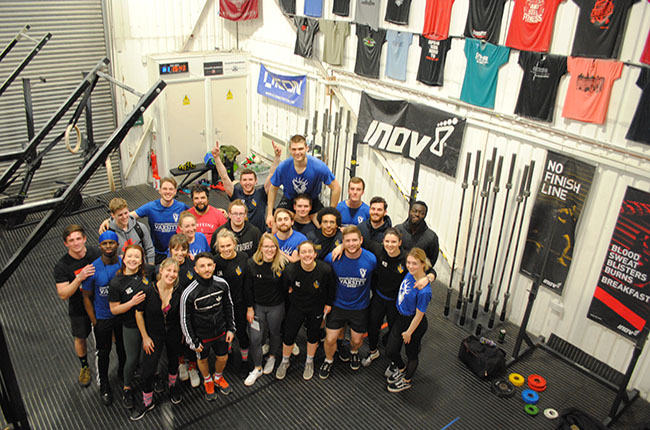 It left me hungry for more, but also wondering whether being a practising vet was for me.

One person who has helped me through shaky periods of career uncertainty is my mentor Simon Lygo-Baker. He was my research project supervisor in third year, and we have checked in for coffee from time to time since then. He’s always provided a listening ear and great advice, especially encouraging me to pursue what I love. He introduced me to a concept I hadn’t heard of before, ‘organisational management’ – organising, planning and directing people to achieve a goal – which frankly, is very much up my street.

Fast forward to August 2019, when I was completing my last weeks of extramural studies with the marketing team at Zoetis. The experience offered a really good insight into what possibilities are available to vets. The atmosphere in the office was not like anything I had experienced before and it was a joy to go to work.

In the months leading up to this point, I had tasted opportunities in diverse roles and it made me the happiest that I had ever been professionally. However, I felt as though I was also at a crossroads: I didn’t want to give up my dreams of becoming a practising vet before I had even started – there were elements of being a practising vet that I loved – but on the other hand, I had a constant feeling of not being good enough. I felt that the clinical work didn’t come naturally to me – the practical side did, but not the clinical knowledge.

I reached out to the ‘Vets: Stay, Go, Diversify!’ community to ask for advice. As a result, Ru Tipney (of Wellvet and VetsLed), gave me a ticket to the ‘Wellvet Weekend’. It was nervewracking as I hadn’t networked with vets before (let alone for an entire weekend); however, there was one face I would recognise – that of my friend and army vet, Andy Rose, whom I met when I was considering a veterinary military career.

Andy and his friend Charlie Mays set up an exercise study while they were students at the Royal Veterinary College. They wanted to identify why there had been a reduction in the uptake of team sport within the profession. What they found was that although 90 per cent of vet professionals agreed exercise was beneficial to their mental and physical wellbeing, 85 per cent said they didn’t do enough of it.

As a result, they ran an eight-week exercise programme for a group of students who were not regularly exercising, consisting of three 45-minute sessions per week.

Three parameters were measured using a stress evaluation tool – physical health, psychological wellbeing and work-life balance. In all three categories, participants’ stress levels had greatly reduced at the end of the programme, and six months later they were still doing more exercise than at the start of the study. They had developed a positive and habitual mindset towards exercise and were reaping the benefits.

Encouraging the whole veterinary community to be physically and mentally fit is the inspiration behind ‘Vetfit’ – the structured exercise programme for vets subsequently launched by Andy and Charlie. Their vision is for the programme to be a first-line treatment for those struggling to cope with stress and poor wellbeing. The programme is inspired by core values – fun, building confidence, inclusivity, evidence based, professional and passionate.

By the time of the Wellvet Weekend, Vetfit was growing and it needed an extra pair of hands, which is where I came in. Charlie and I met at Wellvet and hit it off straight away. The three of us share the same passion about the importance of exercise and mental health, especially within the veterinary community.

As we are all in different parts of the country and working or studying full time, most of our meetings occur online or over the phone. I’m loving every minute of being able to amalgamate my skills and passions, while working with two awesome colleagues.

The vet community response has been positive, with great feedback and support to help the business grow.

We will soon release our first eight-week exercise programme, with workouts that are achievable anytime, anywhere, using minimal equipment. The programmes will be combined with regular self-monitoring through stress evaluation questionnaires and wellbeing charts with a key focus on social support, which is just as important as the physical exertion itself.

I’m now in my final year of vet school and out in practice, where I am thriving in the working environment. Now having had a taste of what being a ‘real vet’ means, I thoroughly enjoy it and can’t wait to graduate.

Initially, I want to work four days a week in practice, with one day a week for Vetfit. Once we have more time, our plan is to run sessions in practices and at events, as well as running CPD. The future looks exciting! If you want to find out more, email vetfitteam@gmail.com, check us out on social media or LinkedIn, or visit our website www.getvetfit.co.uk