Against all odds: The story of Aleen Cust 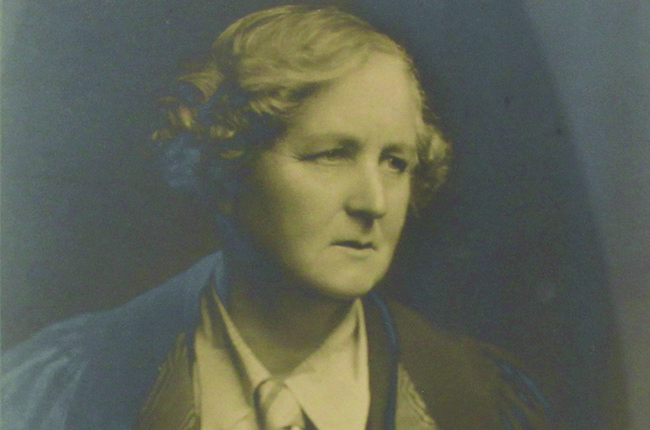 Aleen Isabel Cust was born in 1868 at Cordangan Manor, County Tipperary, Ireland. She was the fourth child of Sir Leopold and Lady Isabel Cust; her brother later became equerry to King George V. When her father died in 1878, the family moved to England and she became the ward of Major Shallcross Fitzherbert Widdrington.

Aleen realised that her true vocation was to be a veterinarian. Her family did not approve, but she showed the determination and character that was to direct the rest of her life.

Using a small private income and changing her name to Custance (to avoid embarrassment to her family) she was welcomed in 1895 by William Williams into his New Veterinary College in Edinburgh.

In 1897 she was due to sit her first professional examination but was refused by the examination committee of the RCVS. She made a legal challenge to the college, but by clever handling of the proceedings, it was allowed to refuse her entry. She completed the course and left in 1900 with a testimonial from Professor Williams. He also recommended her for a post as assistant to William Byrne MRCVS, in practice at Athleague, in Roscommon, Ireland.

The arrival of ‘Miss Cust’ as Byrne’s assistant ‘caused consternation and scandalised the priesthood, but her competence and poise won her respect’. She established her reputation, but when she was appointed to the part-time official post of veterinary inspector by Galway County Council, she was again in conflict with the RCVS: as a compromise she was termed ‘inspector’.

By then, the college had realised it had to accept her – even though she was practising as a veterinary surgeon outside of professional law. Her competence was recognised, but not officially.

Aleen definitely made a statement: she would make her visits riding a white Arab stallion side-saddle or driving one of her other horses in a gig. At the end of the day she would dress formally for dinner and be waited on by her servants.

Byrne died in 1910, but Aleen had by then established her own practice nearby. 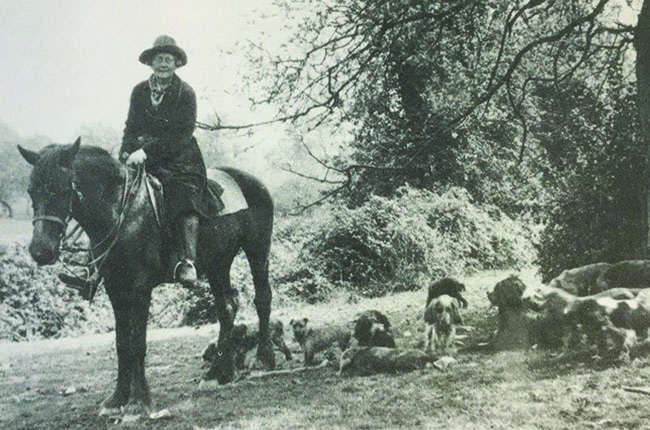 Aleen retired to Platform in the New Forest, Hampshire and established the life she liked, well populated with horses, dogs and poultry

In 1914 she was enlisted in the purchase of remounts for the war effort. In 1915 she left Ireland to go to France (driving her own car) as a volunteer with the YMCA at Abbeville, also the headquarters of the Army Veterinary and Remount Service. The Service was under great pressure with thousands of horses in transit to and from the front: her help would have been welcomed.

In 1917 she was appointed to a position in the veterinary hospital laboratories. While the records of her time there were destroyed in the Second World War, she was in France from 1915 to 1918, being listed as serving with Queen Mary’s Auxiliary Army Corps.

At the end of the First World War, politicians passed the Representation of the People Act 1918, granting women (but only those aged over 30) the right to vote. And in 1919 the all-important Sex Disqualification (Removal) Act was passed.

In this environment, the RCVS could no longer refuse her membership. She attended the Royal Veterinary College – the RCVS only required an oral examination and on 21 December 1922 she received her diploma – 22 years after completing her veterinary course.

Aleen found post-war life in Ireland difficult and sold her properties and practice to retire to Plaitford in the New Forest, Hampshire.

Here, she established the life she liked, well populated with horses, dogs and poultry. She employed a housekeeper and maintained her lifestyle, still always changing for dinner in the evening.

She was a proficient practitioner and responded to invitations to occasionally speak at local veterinary meetings.

One was reported in The Veterinary Record in 1934: part reminiscence and part practical knowledge, such as: ‘Don’t stand in front of a horse with tetanus when you are going to shoot him, as he will fall right forward’, ‘a wisp of hay or even grass tied into a knot of your castrating rope prevents the knot from jamming’, and ‘the screwdriver in your car is quite useful to puncture postpharyngeal abscesses...and is not so apt to retire inside a restless patient as a Syme’s knife’. She knew what she was doing!

By any measure, Aleen was a remarkable person; that she was also a woman at a time when her sex was prevented, by barriers of prejudice and tradition, from obtaining their full potential, makes her an outstanding individual.

It is also clear that she was not only a competent practitioner, in what must have been (for her) a difficult environment, she was also someone of integrity who observed high standards. Above all, the factor in her life that gave her great determination was that she wanted to be a veterinary surgeon.

Her ambition was not only difficult to achieve but she came from a family that bore ‘an honourable name in the service of our Royal House’. Breaking away to establish her own life must have been a struggle. It is difficult now to comprehend that Aleen Cust was refused membership of the RCVS because it was ‘contrary to long usage and all precedent that women should be admitted to the veterinary profession’.

In 1922 when she was admitted, the majority of the members held this opinion because most worked with horses and cattle. They believed that this hard, dangerous physical labour was unsuitable for women.

The private life of Aleen Cust is something of a mystery.

In 1904 she was briefly engaged to Bertram Widdington, the son of her guardian, but her main relationship was with William Byrne. They had lived together and had two daughters, both born in Scotland, but were given up for adoption, one in England and one in Ireland.

In Hampshire she lived a quiet social life, her family never resumed any contact with her and she was not mentioned in their wills.

Suffering from declining health, she went to Jamaica in 1936 to spend the winter with friends in a warmer climate. Three weeks after her arrival she died of a heart attack and was buried there, eight days short of her 69th birthday.

It was a sad end to the life of a remarkable, determined woman who blazed a trail – one that is now followed by the majority of new entrants to our profession.