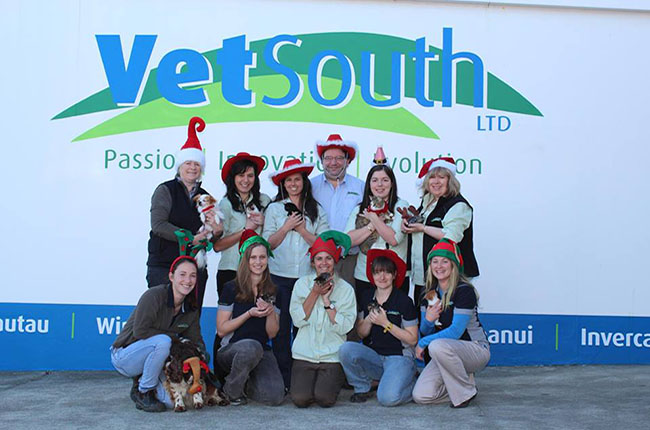 ‘How do you like your pig?’ It was a question I had never been asked before. ‘Er, freezer ready, I suppose.’ ‘Right, I'll bring you some next week,’ said my client. He nodded and set off down the corridor. His dog followed obediently, rows of sutures visible on its left leg, chest and flank.

This was my first encounter with New Zealand's pig dogs. After that I saw a lot of them. Pig dogs are as Kiwi as greenstone and jandals (the New Zealand term for flip-flop); small packs of crossbred hounds whose masters hunt New Zealand's large population of feral pigs for profit and population control. Mean-looking but sweet tempered, pig dogs will sit through the most painful procedures without flinching. A temperature check is a piece of cake compared with facing up to a 150 lb feral boar. The pig hunters never bother to bring them unless they're ‘pretty crook’ – which translates to being in a bad way. The nurses, who were far more used to the farmers and their pig dogs than I was, would start setting up the anaesthetic machine the moment a hunter called to say he was on his way. As they hunt deep in the New Zealand wilderness, it often takes some time for them to arrive at the clinic.

New Zealand is a lot like Great Britain on the surface, but you don't have to live there long to discover some surprising differences in the culture. The pig dogs are just one example. Hunting of all kinds is popular in New Zealand. The opening weekend of the duck shooting season is a Southland institution. The local supermarkets have special offers on beer and burgers for the (mainly male) hunters, and the staff wear earrings made of shotgun shells. 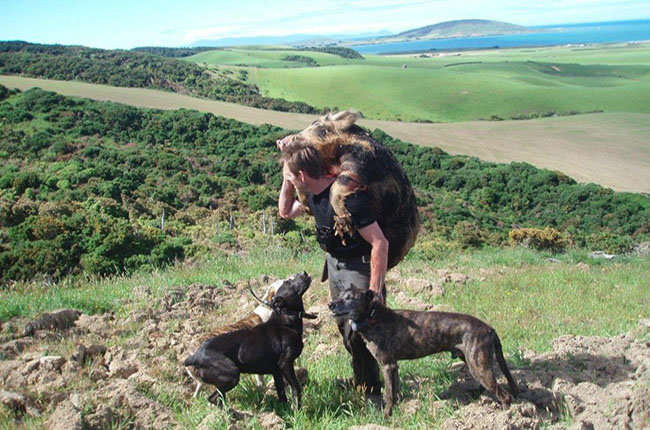 Other targets are often feral descendants of domesticated livestock or an exotic assortment of creatures introduced in the early 20th century as prey for tourists and residents. The list of introduced animals and plants is long and includes feral bulls, sheep, goats, deer, chamois, Himalayan tahr and the fabled (and probably mythical) Fiordland moose.

The list also includes the Australian possum. Possums were introduced to New Zealand in 1837 for the fur trade, and they quickly escaped. New Zealand's vegetation and birds evolved for thousands of years without any contact with mammals, so they have no defences against browsing possums. Possums also spread tuberculosis, and there are an estimated 30 million possums in New Zealand, which equates to seven possums per person, so they are a huge agricultural and environmental pest. The Kiwi hatred of possums is understandable, but sometimes startling. The week we arrived the TV was showing a new road safety commercial titled ‘It's us or the possum’.

New Zealand has a great deal to protect. The South Island has an amazing variety of habitats, vegetation and wildlife. The Mediterranean climate of central Otago and Queenstown (‘the world's adrenaline capital’), the kiwi-haunted beaches of Stewart Island and the rain-soaked coast of Fiordland are all within three hours' travel of Invercargill, where I live. There's an amazing variety of native wildlife and birds – penguins, sea lions, dolphins, melodious tuis, primeval tuataras and the world's only nocturnal parrot, the kakapo. It's a great place to live if you like wildlife and hiking or if you want to dive with great white sharks, take a helicopter flight around Aoraki/Mount Cook or bungee jump. It's not so great if, like me, you're addicted to Yorkshire tea and Cadbury's chocolate, neither of which is available here.

Working in practice in New Zealand 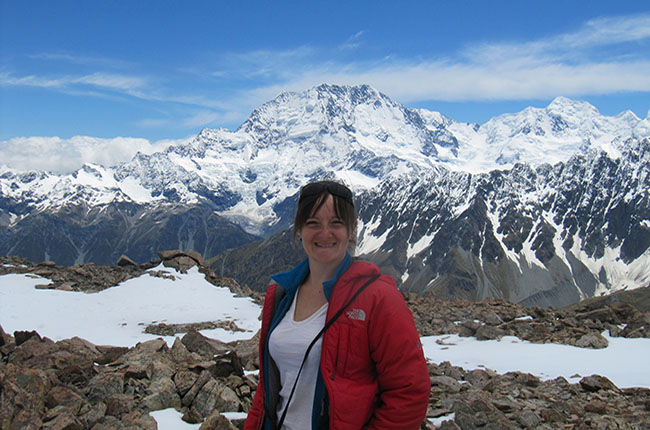 Katie next to Mount Aoraki

The practice I work at is a large, locally owned mixed clinic, where I divide my time between the city branch as sole charge vet, and a larger, rural clinic as part of a bigger team. The standards of medicine are similar to those in the UK and we're fortunate to have an excellent orthopaedic surgeon as part of the group, but the nearest referral clinic is seven hours away in Christchurch. It's quite different from practising in Suffolk, where we were only half-an-hour's drive from the Animal Health Trust in Newmarket. With referral opportunities being so far away, it means that we work-up more of our medical and surgical cases. My medicine has definitely improved, although exotic patients are few and far between. Pet rabbits are rare, and keeping hamsters is illegal. I did a CPD course on tortoise medicine just before coming here only to find that New Zealand has no tortoises. Still, my terrapin medicine has improved, thanks to the practice's red-eared slider, Squirtle.

Many of the staff here are from overseas or from the North Island of New Zealand and are therefore a long way from home. This makes for a lively social life. The practice meets regularly for Friday beers and sponsors several events including motocross, a rowing eight, and social events.

"The huge advantage of New Zealand is the people. Southlanders are extremely friendly and welcoming"

Are there any downsides? Well, yes. The relaxed attitude of Kiwis is one of the great things about the country, but it's often frustrating when it comes to scheduling appointments. Our Stewart Island clients can live an hour away by ferry, which is a big problem when trying to control a seizuring dog, such as the one I saw recently. There's a huge population of feral cats that spread flu and feline immunodeficiency virus around the domesticated population, and animal welfare sometimes seems to take second place to profit.

The huge advantage of New Zealand is the people. Southlanders are extremely friendly and welcoming – with only three people per square kilometre, they have to be – and I've never worked with such a great team. The positives of this country far outweigh the negatives. As for the pork, it's awesome!