From shrews to seals – the work of a wildlife vet 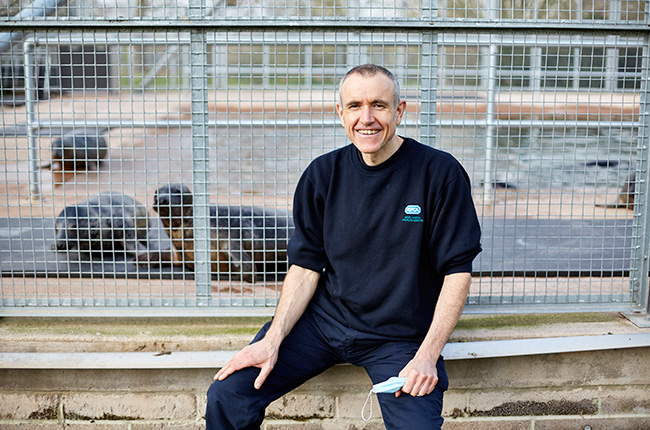 Having been fascinated with all animals, and particularly wildlife, since childhood, I am lucky to have built a career over the past 18 years with the RSPCA working at the West Hatch Wildlife Centre, which aims to rehabilitate sick and injured British wildlife. For me, this work is a great fusion of zoology and veterinary medicine; the position allows me the opportunity to work hands-on with wild animals, while at the same time improving their welfare, learning about the conditions that affect them, and helping the public who have found them in distress.

The RSPCA is the biggest animal charity in the country and, as it approaches its 200th anniversary, we dealt with over 117,000 wildlife incidents last year. More than 13,000 animals are admitted to our four wildlife centres annually, rescued by members of the public, the RSPCA inspectorate and other animal welfare charities. We deal with around 200 different species, from pygmy shrews to grey seals! While all of these animals are interesting in their own right, there is an added buzz to dealing with a rare species, such as a Barbastelle bat, or an unusual visitor to our shores, such as a honey buzzard or Kemps-Ridley sea turtle.

The vast majority of these animals come in because of human activity, whether this is accidental (for example, due to the ingestion of abandoned fishing tackle, being hit by a car, or affected by pollution), or the result of deliberate illegal activity, such as snaring or shooting. On a day-to-day basis, my job involves the initial assessment and treatment of these animals, advising on their husbandry while in captivity, and assessing when they are fit for release. This involves developing a broad knowledge – from the natural history of the different species and what conditions they suffer from, to how to anaesthetise them for radiography and surgery.

While it is very satisfying to remove a fishing hook from the oesophagus of a swan, or repair a fractured wing, sadly euthanasia is part of the job, as these animals have to be 100 per cent fit to survive in the wild. By performing postmortem examinations, we try to learn as much as we can about the conditions affecting the different species, reporting any novel findings or notifiable diseases. Similarly, we constantly strive to improve our rehabilitation techniques, for example, by performing postrelease tracking studies to assess survival. We publish the results of this work, give talks at conferences and run courses for vets and students, to improve the care of wildlife presented to vets in practice. 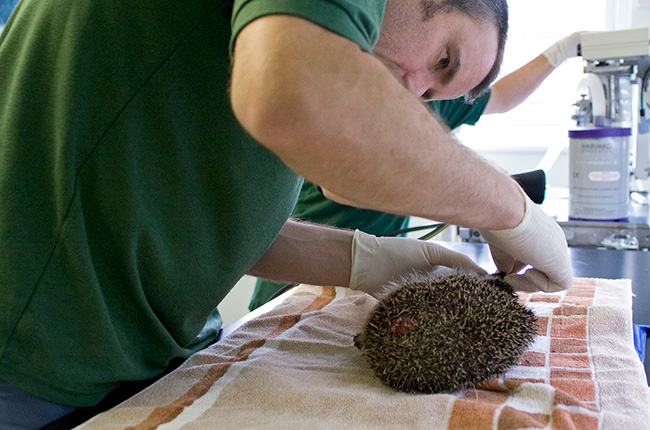 Animal cruelty is not an easy subject to deal with. However, it can be very satisfying to be involved with cases that have gone to court and the perpetrators have been found guilty as a result of your expert witness statement and the hard work of your organisation, often in collaboration with the police, or other wildlife organisations.

While the main remit of the RSPCA is animal welfare in the UK, occasionally I get involved with reintroduction projects (including the reintroduction of beavers in Devon and Eurasian cranes on the Somerset Levels) and projects overseas, such as helping to develop the European Oiled Wildlife Response. Promoting the work of the RSPCA also leads to the occasional TV appearance, which can be a bit daunting – although generally fun in retrospect! A particularly surreal episode involved arriving with a TV crew in Brixham to film the removal of a satellite collar from a fox we had been tracking, only to discover it was the town’s annual ‘Pirate Festival’. The whole community was dressed as pirates, and a cannon boomed intermittently from a pirate ship in the harbour as we wandered the streets with our antenna!

So, how did I get into this line of work? Following vet school, I spent a few years in mixed practice, consolidating my general veterinary skills, before undertaking a master’s degree in wild animal health. Various master’s programmes are now available in wildlife conservation, and most wildlife positions are likely to require postgraduate qualifications of some sort. I then spent another year or so working in a practice with a large exotic animal caseload, getting to grips with birds and reptiles, before taking up my current position in the RSPCA.

I’d advise anyone who thinks they might like to be a vet working with wildlife to join organisations such as the British Veterinary Zoological Society and the European Wildlife Disease Association as a student, to understand what options are available, and to meet the people working in the various fields. See practice with as many species as you can, gaining as broad a range of experience as possible. I travelled to Canada as a vet student to work with endangered swift foxes and I have been back more recently (trying!) to trap Arctic foxes to fit satellite collars, for a study looking at their increased interactions with red foxes as a result of climate change. One of the great things about being a wildlife vet is the many opportunities it opens up.