An interview with Sean Wensley 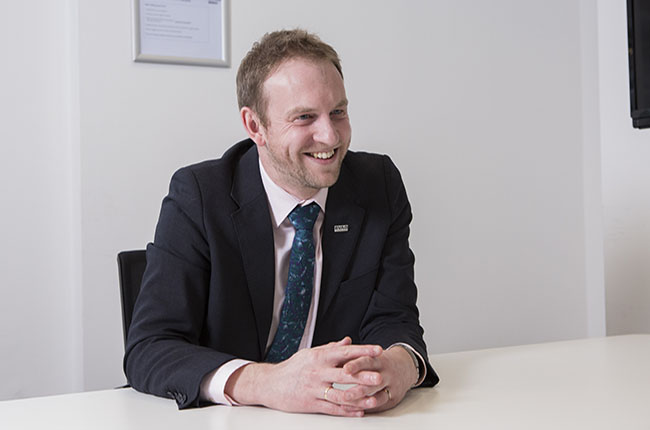 What made you decide to join PDSA?

In 2008 PDSA launched its ongoing awareness-raising campaign, ‘Long Live Pets’, which communicates key issues in companion animal health and welfare to the pet-owning public. I am enthusiastic about the contribution that education and awareness can make to many issues and I joined at this time to help craft and deliver the charity's messages.

I grew up exploring the dunes and pine woods of the Sefton coast, finding red squirrels, natterjack toads, bee orchids, barn owls and so on. I naturally became interested in ecology, evolution and the place of our own species in the world, and my interests in conservation and animal welfare followed. After qualifying from Liverpool, I obtained a Masters in animal welfare. My first job – companion animals and exotics – was fantastic, with wonderful, supportive staff. A period spent as a locum allowed me to pursue other animal welfare interests, including projects abroad.

How do you spend a typical day?

I work closely with colleagues in veterinary PR, planning key messages, or contributing a veterinary perspective to animal-related stories in the media. I might participate in a local radio programme or television news bulletin to raise awareness of a disease outbreak, such as parvovirus, which our PetAid hospitals have reported. Alternatively, we may be running a high-profile nationwide campaign. In 2009, these addressed issues such as pet obesity, the problems associated with inappropriate pet choices and husbandry-related problems facing pet rabbits. We reach audiences of millions and constantly direct existing and prospective pet owners to their local vet for further information.

Being able to communicate to large numbers of pet owners on health and welfare issues affecting thousands of animals. I enjoy being able to contribute to topics that are important to me, with the backing and evidence base that a large veterinary charity provides.

It is said that ‘today's news is tomorrow's chip paper’. Raising awareness is an important starting point, but sustained activity and other, collaborative approaches are necessary.

A lack of coordinated animal welfare surveillance in this country is frustrating; without reliable measures it can be difficult to identify priority issues and assess what impact is being made.

Why is your job important?

Improving animal welfare is important, because the vast majority of animals that humans derive benefits from can think, feel and suffer. Animal welfare science is providing the evidence for this, and is shaping our ethical attitudes towards animal use. Vets need to be exposed to this science and the ethical questions it prompts, and lectureships at some of the UK vet schools, funded by the BVA Animal Welfare Foundation, have been invaluable in this respect.

A past BVA president advised me that those with a strong interest in animal welfare should act as ‘a thorn in the profession's side’. I have thought about this at times when I may have hesitated to offer a view.

What is your proudest moment?

Like many colleagues, I wanted to become a veterinary surgeon from a young age, so qualifying was an unforgettable moment. My proudest moment since then was representing the veterinary profession in Europe, lobbying to end the unsustainable and inhumane trade of wild-caught birds in to the European Union, which was banned in 2007.

What was your most embarrassing moment?