From vet nurse to vet student 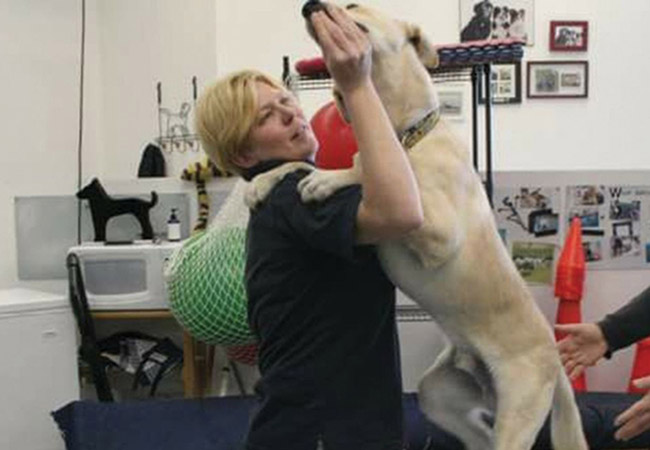 When I completed my zoology degree at University College Dublin, I didn’t know what career to pursue. I found myself moving to London for a change of scene. I had that sinking feeling that my degree hadn’t actually prepared me to do anything in the real world, yet at that point I had no inclination to go straight back into education. I found myself falling into graduate management roles in hospitality and retail. What was supposed to be a short-term fix dragged on for more years than was originally planned and I enjoyed having a good salary, a company car and the excitement of living in one of the best cities in the world. Hell, I could afford a mortgage in London, so why would I want to go back to school now?

Finally, the novelty wore off, and while moaning to my partner in a convivial little bar in the Jewish quarter of Berlin during a weekend away about how soul-destroying my job was, I was swiftly told to do something about it...if I wanted to be in a veterinary role, I should just go for it.

We moved to Canada that year and I started working part-time as an animal care assistant at a veterinary referral hospital and volunteering at a canine rehabilitation centre, which provided physiotherapy for dogs.

I completed my canine rehabilitation practitioner certificate through the University of Tennessee and graduated as a registered veterinary technician in Toronto.

Working in a hospital with over 100 staff allowed me to experience various departments, but I finally settled on emergency and critical care. As I worked in a 24-hour hospital, this meant a lot of shift work and a lot of nights on duty.

Dealing with emergencies – dogs on ventilators, police dogs with gunshot wounds, dogs with tetanus, cats in heart failure, emergency caesarean sections and animals needing transfusions – puts a tremendous strain on the team. As nurses, our compassion is tested to the limits as we provide round-the-clock care for the animals in our charge. We laughed together, cried together, and began to recognise how we each responded to stress – some went quiet, others micromanaged, for example. The team quickly became family and a very tight-knit group.

Despite my love of vet nursing, I still had that underlying niggle that I hadn’t reached my potential.

Then one day, in walked vet, Deanne Caines, our new anaesthetist. She had been a ‘vet tech’. Not only had she gone back to school to become a vet, but she was now a board-certified anaesthetist with a full-time job and two small children. If she could do it, then surely so could I.

She encouraged me to look into applying to become a vet. I began to think the sky was the limit and, with my partner and many of my colleagues in my corner, I embarked on my journey towards vet school in Canada. Three years and two failed applications later, I made one final punt.

It was while I was putting together my third application for the University of Guelph that I decided to apply to UK vet schools too. By the following Christmas I had three offers for places at UK universities and the decision was made. Time to head back to Blighty and the Royal Veterinary College (RVC).

Leaving the vet clinic in Toronto was one of the hardest but proudest days of my life. I expected to get some push back from the vet nurses about my decision to apply for vet school, but they were nothing but positive and encouraging. Having finished a night shift and after a heartfelt round of applause from the team at ward rounds that morning, I headed home with tears in my eyes to prepare for the big move.

Over the following three weeks, we said our goodbyes, completed the sale of our house and shipped ourselves, two dogs and a cat to a small flat in London. Time for vet school to begin.

Because of my background, I was accepted onto the accelerated course at the RVC, which meant that by combining first and second year, I could complete the course in four years instead of five. I wasn’t quite sure what to expect, but my experience as a nurse meant that my first two years were relatively easy.

I couldn’t wait to get out of the classroom and back into the hospital on rotations. It was then that my experience came into its own.

It was also an opportunity to remember how I felt when I started work as a nurse in Canada. The team had put me through my paces. They clearly wanted to test my skills to make sure I was worthy of them and the patients. That’s exactly what it’s like at vet school. Every two weeks when you start a new placement, you have a new team who want you to prove yourself.

As a nurse, I’ve also been on the opposite side, watching vet students and new graduates arrive in practice. Some look like deer caught in the headlights while they try to get to grips with the way things are done. As a nursing team we sometimes wondered how they would manage as practitioners. The biggest mistake some young vets make is talking down to the vet nurses or dismissing their opinions or concerns. What they may have failed to realise is that the vet nurses watch the patients constantly, as opposed to just checking on them occasionally. Therefore, when they notice a slight change in an animal’s behaviour, it’s important.

Vets don’t have this luxury, so the vet nurses become their eyes and ears. Ignoring their input can be fatal.

I promised myself never to make the same mistake. If I was going to dedicate the time and money to becoming a vet, I was going to be a good one and, in my mind, you can only be a good vet if you work well with good nurses.

So, while graduation from vet school fast approaches, this vet, for one, can safely say that she has learned all her best lessons in life from being a vet nurse.