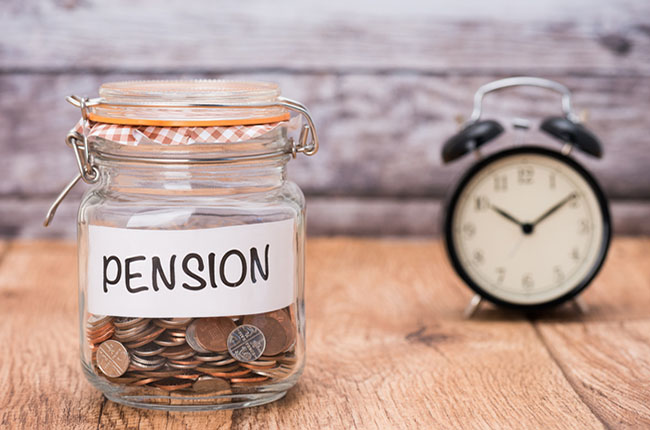 My family have been veterinary surgeons since the 1870s and not one of the previous three generations retired; they all worked until the bitter end, and died in their 70s.

I decided from a fairly early stage in my career that I would break the mould and two months after my 60th birthday I retired from the rigours and responsibilities of being a partner in private mixed practice. However, before making that decision I thought long and hard about three factors – finance, involvement and motivation in retirement. Let's hope I get to my 70s!

At retirement forums, the gurus all talked of needing amounts of funds I could only dream about. I soon realised that I was never going to have that sort of money, and would leave the seminars feeling totally helpless. Others told me that my wife and I could never live at a lesser standard than we had been used to in our working lives.

Therefore, I set myself an achievable financial goal – a figure that could be reached realistically. To hell with the experts; at 59 years old, I arrived at that figure and gave the contracted one year's notice to my veterinary partners. Our mortgage had been paid off; we had downsized our house to a smaller living space, but with a bigger garden. The children had flown the nest and all three of them were self-sufficient.

After a short period of retirement, my private pension, from which I had not taken an annuity, began to fall dramatically in value. Interest rates from our savings also began to diminish. Fuel prices and the cost of living started to rise dramatically.

This had always been one of my worries, but we adapted. We didn't own fancy cars, we cut back on holidays, alcohol consumption fell (less pressure of work?) and the number of meals out declined. Home entertainment for our friends contained cheaper ingredients.

Now, four years on, my private pension levels are rising and have still not been drawn from. It is one year until I receive my State Pension and the interest from our cash ISAs has not been used. Our high mileage cars are still running, with no annual depreciation. Only a small amount of capital has been eaten into. I still worry about money, but I always will; it is part of my make up.

Having been involved with veterinary practice since I was old enough to open farm gates, would I miss it? Could I walk away from the involvement? Would I miss the people, the work and the lifestyle?

Well, I disappeared from veterinary life for six months and didn't get involved at all; a two-handed Atlantic yacht race saw to that. After the six months was up I decided that I needed to do the odd locum, for two reasons. First, to top up the falling return on our savings and, secondly, I found that I missed the clinical side of practice.

My old practice gave and has continued to give me some work. However, as I have always worked and lived in the same town (other than a six-month locum in South Africa in the 1980s), I decided it might be interesting to work in other parts of the UK. On average, I have worked about 10 weeks a year. 90% of this, intentionally, has been during the winter months. As a result, I have explored and enjoyed parts of Derbyshire, Shropshire, Hampshire, Warwickshire and Oxfordshire. New friends have been made, and new doors have opened.

In addition, after a crash course on being a veterinary assistant, my wife has helped me while working on islands in Greece. This is on a voluntary basis, for animal charities, and we will return there again this autumn.

Involvement in the local community has fallen as I slowly resign from various committees; just a few of my favourites remain.

I have seen so many people retire only to be bored stiff, with no interests outside their work. The other category is the ‘never been so busy’ brigade. It was my intention to fall into this latter group.

While working, I always tried to keep hobbies ticking over, however busy I was. It had been sad to see my father – a talented man – lose all his interests as he got older. His generation made little provision for retirement, and when he eventually could afford to retire, it was too late to enjoy it.

Of course my family deserve a very special mention. They all stuck by me while I was a sometimes stressed veterinary practitioner and now that I am more relaxed, they tell me that taking retirement was the best thing I ever did.

"I have seen so many people retire only to be bored stiff, with no interests outside their work"

Charity work is rewarding and the odd after dinner speech has kept me busy. I also value the wide range of friends I have made in the profession, and keep in touch with many of them.

Knowing what I know now and how I have managed, I would have worried less about the financial side. We are lucky in our profession in that most of us, with a little experience, can get work. Doing locums is not everyone's dream ticket in retirement, but as a general practitioner I have enjoyed it. How agreeable, at the end of a working day, not having to worry about the running of a partnership.

it is my intention to enrol on a one-year photographic or marine study course at Cornwall College commencing in the September.

Perhaps a two-week locum, to help pay the course fees, will be my final veterinary challenge before closing the door on 135 years of family involvement in veterinary practice.