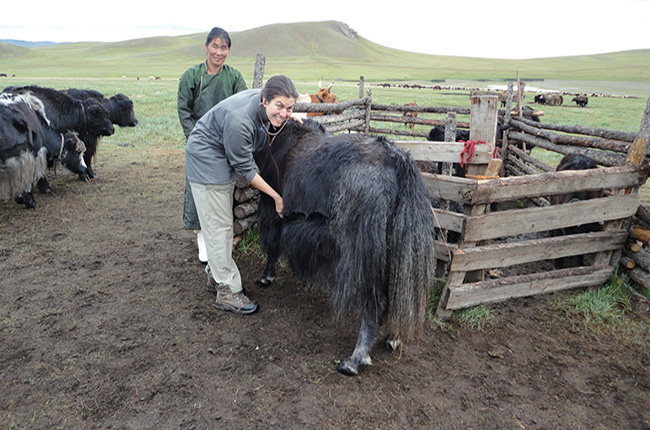 From an early age I wanted to do ‘something with animals’. Having accepted that my initial choice of being a famous showjumper was unrealistic, I chose veterinary studies. However, my suboptimal school behaviour led to doubt that this was achievable, so I set out to demonstrate that it was – stubbornness and persistence being the first useful skills I learned in pursuit of my ambition.

While at Liverpool vet school, an opportunity to join the prestigious leadership programme at Cornell University offered me the chance to travel and launched my wanderlust, while simultaneously confirming that laboratory research work was not for me.

Locuming and working in New Zealand

After graduating in 1997, unsure of what I wanted to do, I decided to locum in the UK. I learned lots of ways of doing things from a wide group of international colleagues, which proved extremely useful for my subsequent move down under.

Having spent several frustrating years unsuccessfully trying to improve my large animal skills, an encounter with a New Zealand practice boss, Stefan Smith, changed the course of my career.

Stefan was adamant that New Zealand was far superior to the UK regarding livestock work. Having a ‘fly by the seat of your pants’ approach to life, in 2003 I signed up for a six-month large animal locum in a North Island clinic, while not really having any idea what it would entail.

My new colleagues were unimpressed that I didn’t know what half of the equipment in my truck was for, and a steep learning curve ensued. Stefan was a huge inspiration. He had an unwavering belief in self ability and that seemingly insurmountable problems were just new challenges.

New Zealand farms are huge and productive. The farmers are highly educated, innovative, business focused and were often more knowledgeable than me. They had a ‘get on and do it’ approach. There was no such thing as not being able to tackle something because you didn’t have the equipment or environment – it’s incredible what you can do with duct tape, wire and plastic piping.

I learned several new procedures, such as removing antlers from huge angry wapiti stags and stitching up hunting dogs.

Many areas are remote and winters can be brutal, but the countryside is spectacular. Summers are heavenly and I was in my element being able to hike and bike around any number of stunning beaches, mountains and lakes, which ignited an interest in long distance trail running and cycling.

I realised that I loved the variety and unpredictability of mixed practice, especially the continuing learning that it involves – a typical day consisted of anything from routine small animal neuter surgery to stitching up horses that had run through barbed wire fencing, treating pet chickens and palpating sheep testicles for signs of brucellosis.

In 2008 I moved to the even more stunning South Island.

New Zealand has natural disasters. In 2003 a prolonged drought was followed by a devastating flash flood that drowned many livestock and decimated farmland. In 2011, I was in the midst of the catastrophic Christchurch earthquake. Such events are a reminder that life is short and must be lived to the full. I joined a local specialised flood rescue team, where my empathy, leadership and teamwork skills proved highly transferable.

Although I was enjoying New Zealand, I yearned for a new learning experience. I remembered a brilliant wildlife lecture by Andrew Routh, now the vet at the Durrell Wildlife Conservation Trust in Jersey. I had always been fascinated by the exotic wildlife around the world, and Australia, adjacent to where I was, offered a mind-boggling variety of bizarrely named wildlife. I decided to embark on a four-year part-time masters degree in conservation and wildlife at Murdoch University in Perth, Australia.

This opened the door to some fantastic practical experiences, including examining tropical fish and coral in Melbourne Aquarium, postmortem examinations of African livestock in Werribee Open Range Zoo, and sampling wild Tasmanian devils for research into facial tumour disease.

Immediately after my masters finished in 2014, I returned to the UK to help look after my father who had advanced dementia. This was a very challenging time, both work wise and personally. It is impossible to comprehend the stress of looking after someone with a debilitating illness until you have done it. The stress took its toll on our family and my ability to work long hours in a high-stress environment.

Compounded with this, just before and after his death four of my close vet friends committed suicide – extreme job-related stress was a strong contributory factor in two of them. 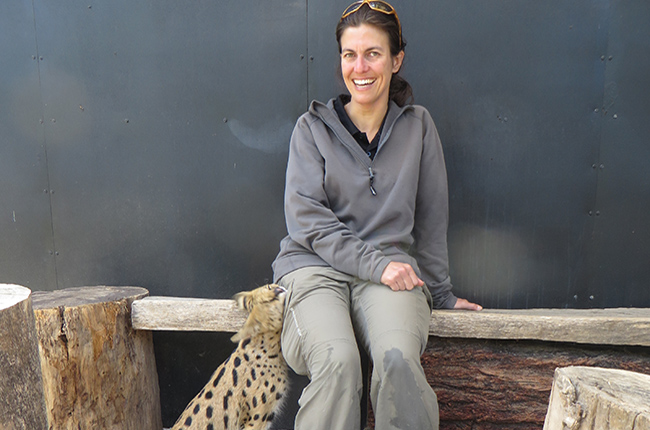 Watching my father, who had worked hard all his life, die in an unbelievably undignified way within two years of retiring, and the devastating loss of my friends, were sharp reality checks in learning about mental health, work-life balance and the importance of looking after yourself to enable you to look after others – both animals and people.

I am passionate about supporting young vets who often struggle with overbearing workloads because of the recruitment crisis. Numerous studies have shown that factors like these are detrimental to productivity and morale. The vet burnout and suicide rate is alarmingly high.

Vetlife was a lifeline for me during several difficult years. Dealing with tricky/demanding clients and financial issues can also be extremely stressful – learning psychology and business at vet school would have helped me immensely. Nottingham university is doing a great job of addressing this.

The resilience and adaptability that we acquire as vets is a huge asset to recovering from traumatic events and has definitely made me a stronger person.

What does the future hold?

Currently, I locum three or four days per week, mainly doing mixed animal work in small rural towns. I have also attended some large animal rescue courses in the UK, involving collaboration with the emergency services and lots of practical problem solving, which I loved.

Looking ahead, I would like to pursue disaster/search and rescue and wildlife work when I return to the Southern Hemisphere later this year. The great thing about being a vet is that the learning never stops.

As someone who strongly believes in doing in charity work, next month I am running two half marathons – Mourne Wa and the Tromso Midnight Sun event, in aid of Vetlife and a community charity – ARC Axminster.

These charities greatly helped get my life back on track after the loss of my friends and my father. It will be rewarding to support them so they can continue their vital work to help others.