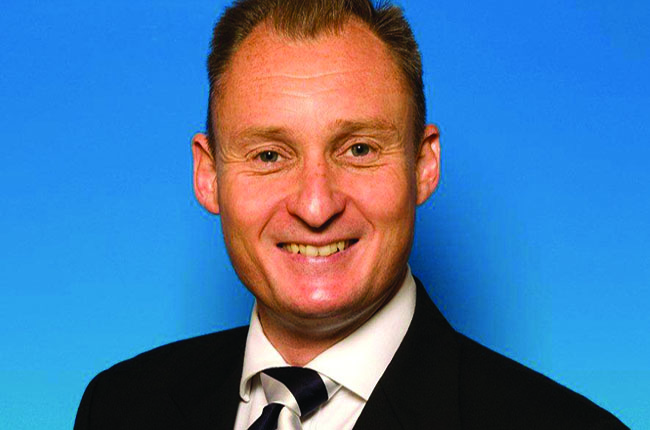 I knew by the time I entered vet school that I did not want to go into general practice. I had volunteered at a local vet clinic every weekend for over five years while I was a school boy – this experience confirmed to me that I was simply not cut out to be a clinician. What to do? I entered Massey University vet school in New Zealand in 1988 fairly sure that I didn't want to be a vet as, at that stage, I did not know that there really was ‘life’ outside of general clinical practice – possibly not the ideal way to embark on a long and expensive degree course!

Alternatives outside of clinical practice

However, as the years rolled on, I started to understand the vast array of ‘alternative’ career options that a vet degree can provide. I began to take a keen interest in veterinary public health and the key societal roles that vets play in protecting consumers, influencing government policy, improving animal welfare and working with other like-minded professionals for the general betterment of society as a whole through what is now referred to as the ‘One Health’ concept. I understood that I did indeed have a true career path open to me that could fulfil my ambitions and expectations. I do feel and hope that today's budding young vet school entrants have a much better understanding than I did of the many and varied roles that vets can play should they not wish to become a general practitioner/clinician.

I was advised by all and sundry that whatever I wanted to do long term I needed to do a short period in general practice. I feel that all vets have to ‘do their time’ in practice not only to embed their newly learnt skills and put their knowledge to the test, but also to really understand what many refer to as a ‘proper vet’ does on a day-to-day basis. This time in practice is also essential to furnish one with a vast array of anecdotes and humorous stories essential for the club, bar and dinner table, of course.

Moving to the UK and becoming an OV

After a couple of years of mainly bovine, porcine and equine practice in small town NZ I made the decision that I had had enough of being kicked, bitten, soiled, cold/wet, woken up in the middle of the night and generally abused by ungrateful clients, and so, to a collective sigh of relief from the animal kingdom, I moved on to phase 2 of my career. Having been brought up in and around the South Pacific from an English background, I emigrated from New Zealand to the UK in 1995 to fulfil this ambition by becoming an Official Veterinarian (OV) and joining what was then a small firm based in Derbyshire, specialising in veterinary meat hygiene.

Walking into a vast Grade II listed slaughterhouse in Huddersfield on day 1 as a wet-behind-the-ears 24-year-old OV and having to contend with battle-hardened meat inspectors, operators, and slaughtermen was certainly a salutary moment in my life, but I survived and grew to love the OV role. Done properly, the role is an immensely challenging and rewarding one that is essential for the protection of the consumer and of animal health and welfare. You have to be able to communicate effectively with all types of people using your veterinary skills and knowledge, while always mindful that you are an official, an enforcement officer and responsible for ensuring that hygiene and welfare standards meet all legislative requirements.

After gaining my stripes in a variety of premises I rose up through the ranks of the company that was at that stage growing fairly rapidly – subsequently employing over 500 veterinary professionals – to become its managing director, while at the same time taking on an almost full-time role as a principal OV(S) with the Meat Hygiene Service.

I was tasked to ‘sort out’ a series of poor premises across the north of England. After being thrown out of a number of different loading docks, threatened with physical violence on more than one occasion, locked in chillers/offices, and generally abused, I was proud to say that – after many sessions in court – all of the premises under my control were either closed (mostly) or had improved to an acceptable standard.

A move into 'true' public health

Over the subsequent 15 years we started to diversify the company's activities such that I was now entering the next phase of my career and becoming more of a true public health vet. I worked in animal health projects, became a portal OV and worked at sea and airports, provided consultancy on a wide range of veterinary and related topics both in the UK and internationally, participated on a plethora of committees developing veterinary policy both here and abroad, represented the profession in Europe over many years, set up ancillary veterinary businesses here and across the EU as well as further afield including Australia, and provided various veterinary services in the Middle East and South America.

My work nowadays is predominantly representational and business focused, but all of this is based on my core veterinary public health experience and background. I can say in all honesty that there hasn't been a dull day – from being arrested in snow-clad St Petersburg, to a three-day ceremonial event being made an honorary member of a Polish veterinary chamber involving toxic quantities of homemade vodka, to advising a sheikh in Qatar not to build a wet-fish market in a desert: the role of the public health vet can only be described as varied.

"There is no simple pathway to becoming a public health vet; it is a matter of layering experiences, qualifications and roles such that one's veterinary public health knowledge and understanding grows over time"