Preventing suicide in the veterinary industry 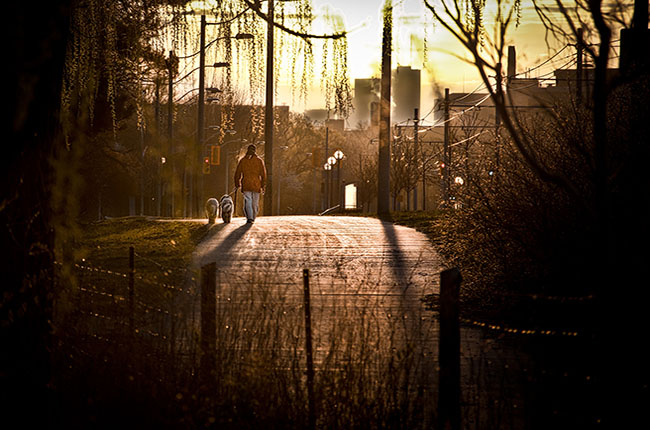 We all want happiness in whatever form it takes and it's true that money can't buy it. Most of us don't really know what makes us happy, but here are a few things that do:

Nowhere on this list are things that you might expect to see, such as money, a gym body, a sports car, alcohol, or having lots of letters after your name. So why do we lose track of the things that make us really happy? Advertising, the wrong kind of peer pressure or societal expectations can send us in the wrong direction. Philosopher and writer Alain De Botton's book ‘Status Anxiety’ (2004) discusses the anxiety surrounding what others think of us – whether we're judged a success or a failure, a winner or a loser.

When I studied genetics at school and college, it was all about Mendelian principles and dominant and recessive genes. The genome and epigenetics were unheard of: it is the genome that signals the horse and cow to belong in a herd, the dog in a pack and the bird in a flock, but what about humans? For the best part of 200,000 years, Homo sapiens was a hunter gatherer – part of a tribe. It's how we are.

Robin Dunbar, the author of ‘How Many Friends Does One Person Need?’ says 150 is the number of meaningful relationships we can sustain; this figure is known as ‘Dunbar's number’. In fact, most of us can only handle about five close friends and about 15 peripheral friends because of the social investment time involved. Our neocortex can't handle much more than this.

Where our monkey relatives are concerned, their neocortex size relates to the size of their troupe. Ours developed in response to social pressures not technological ones! It so happens we are extremely adaptable, but that in itself does not necessarily confer happiness.

Megacities can detach us from the tribal belonging our genetics primed us for, and loneliness can be commonplace. We are genetically far removed from the tribe of approximately 150 supportive friends and family we used to be a part of. Some nations, however, are good at creating tribes within cities and their collective mental health improves accordingly.

When I hear of compromised mental health I think about ‘loss of tribe’. Our Western culture of independence, where our tyres are bald from delivering children to childcare, kindergarten, school, college and airports to fulfil their academic and career appetites, does not always nourish good mental health. Add to this the high rate of divorce and the fact that more people live alone and you get the picture.

In his book ‘The Depression Cure’ Stephen Ilardi gives us a fascinating insight into how depression arises. He suggests it is our environment in Western society that contributes in a big way to high rates of depression. He alludes to the Kaluli people in Papua New Guinea who have negligible depression in their tribe, which can be put down to three things – community (tribal belonging), fitness (they live in the mountains), and a diet rich in omega 3 and 6. To imitate this in veterinary society we need to encourage voluntary work, fitness and a good diet.

Preventing suicide in the veterinary profession

It is good for the profession to talk about suicide, but it is bad to talk about the means or methodologies. Let's just say that most veterinarians are surrounded by lethal substances.

When I started as the coordinator (for the veterinary profession) of an extensive government-sponsored suicide prevention programme here in Western Australia, the at-risk groups were farmers, commercial fishers, teenagers, indigenous youth, LGTBI, veterinarians, and fly-in fly-out miners. Why, I wondered, was it these groups and not infantry soldiers, combat pilots, telecom complaints personnel or funeral directors? (Think about it before you read on.) 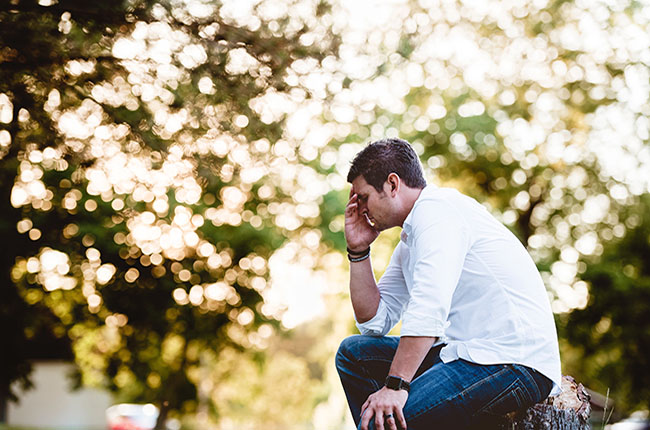 Although suicide in the profession is somewhere around four times the national average, it is relatively rare

It turns out that isolation, depression and access to lethal means are like dynamite for mental health and these factors keep lowering the threshold for suicide. If you add the time to ruminate, coupled with substance abuse, the suicide rate rises.

Greenland, for example, in the space of a century, went from having one of the lowest suicide rates in the world to an extremely high rate. Contributory factors were thought to include the advent of global warming and the curtailment of the hunting season in an effort to conserve marine mammals, coupled with the introduction of social welfare. Most Greenlanders are Inuit and to have a whole generation of youth fall out of tribal life and resort to welfare and alcohol to get by was devastating. This was further complicated by having the means to complete suicide using tools that are ubiquitous in hunting communities. Interestingly, sport is helping to rectify the situation.

In the veterinary profession, anything that contributes to isolation or loss of tribe and possible depression demands attention because we are surrounded by lethal substances. Isolation is the opposite of being supported and fully integrated into tribal life. It is very important for humans to feel they belong. Examples of isolation and factors that contribute to it are listed in the box.

Depression is the one condition that we should all learn about because most of us will encounter it at some stage, either in ourselves, our families or our colleagues.

"Depression is the one condition that we should all learn about because most of us will encounter it at some stage, either in ourselves, our families or our colleagues"

It is okay to ask the question: ‘Have you thought about ending it all?’ If the answer is yes and they have a plan, they are a high risk individual who cannot be left alone. I have known employers to take the keys of the practice away and take the vet or veterinary nurse involved to their family or hospital for supervision and care.

Although suicide in the profession is somewhere around four times the national average, it is relatively rare. Isolation and depression are common. Those especially at risk of suicide ideation are people living with a bipolar condition that is not stable, and males going through relationship breakdowns.

Mental health and depression education are vital. This education has to keep going in perpetuity because of the ready access to lethal substances. A gun in the house in the USA increases the suicide rate by 300 per cent; our gun in the house is lethal drugs.

Treatment of depression does not always involve prescription medication. Cognitive behaviour therapy (CBT) can give excellent results. The best pathway to treatment is to first visit your GP, followed by a clinical psychologist and a counsellor.

The need for support is likely to increase in an environment where the number of undergraduate admissions is not being titrated against the likely future demand six to seven years on, where student debt is increasing and where wages and work/life balance are issues.

In Australia, the Australian Veterinary Association will soon launch a national mentoring programme, which will encourage new graduates to work in the shadow of their mentor. A mentoring programme has been running in Western Australia since 1996, benefiting the mentor and the mentee. We will run an annual training course for the mentors, which will have positive mental health and suicide prevention elements.

Various social media sites are available and they are especially popular with new graduates. They distribute information in real time and encourage interconnection, but they need regular feeds to stay viable.

In Western Australia we sent every registered veterinarian a fridge magnet and sticker to disseminate help numbers and websites.* Many of our state and national conferences have a mental health component. The national conference has a wellness room at the entrance each year.

Many articles have been published in e-magazines and Veterinary Surgeons' Board (WA) newsletters. There is an increasing emphasis on positive psychology to get away from negative thinking.

Much research needs to be done. It would be interesting to look at the suicide and depression rates in veterinarians by state and country to elucidate risk and protective factors.

Mentation is likely to be at its best where veterinarians are not isolated or lacking in support structures, such as work colleagues, mentors, family, friends, and where we have educated them to be help-seeking and connected.

* In the UK, Vetlife stickers can be requested by e-mailing: info@vetlife.org.uk

In the UK, support is available through: