Setting up an postmortem examination service 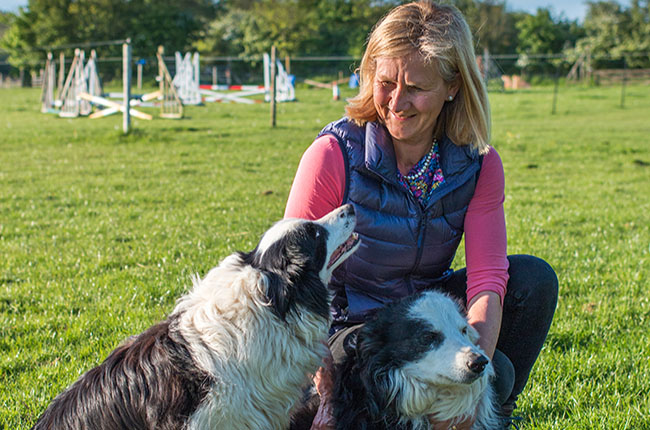 I was not one of those who knew from an early age I wanted to be a vet. Both my parents were graduates, with no farmers or vets featuring anywhere in my pedigree. My upbringing in rural Holland was a happy one including plenty of pets and pony camp; I was expected and wanted to go to university but liked working with my hands, preferably outside, so a veterinary degree seemed to fit the bill. The only other topic that appealed was mathematics, but after attending an open day where I was the only girl among 70 or so nerdy boys, the decision to study veterinary science at Utrecht was an easy one.

Between my fifth and final year I learned artificial insemination (AI) of cattle (taught by a vet family friend) and spent 6 months working in the agricultural economics department at Reading university. In the final year I chose to work with large animals including horses and meat hygiene, which included four weeks spent at a Dutch veterinary investigation centre. I loved it – it was the best four weeks of my studies. I qualified in 1987 and started looking for a job in practice in the Netherlands.

Working in the UK

For the first 2 interviews, however, I was asked to bring my wife along to see if she was suitable for phone duties. I decided this sounded hopeless – most of my peers were male and many had married in the months leading up to graduation. I was offered a job as company vet for a UK cattle breeding company and at the same time was invited to interview for a job at the veterinary investigation centre in the Netherlands, where I did my training. I accepted the UK job and moved to rural Herefordshire, wondering if I had made the right decision. The role involved carrying out AI and embryo transfer all over the UK. After 16 months I tired of the travelling, and was anxious that I would forget all of my veterinary knowledge that was not related to cattle fertility.

"I thrived on the variety of postmortem examinations, discussing problems with vets in practice and making advisory farm visits"

One area that I had developed a liking for on my travels around the country was the Cotswolds, and so I applied for a job in a mixed practice in Lechlade, Gloucestershire. I spent five happy years there and quickly learned the ropes of routine work. The senior partner, Chris Baxter, was an excellent vet and mentor. Although I was supposed to do a mixed caseload, I always leant towards the large animal side; for example, if I had started a bitch spay and a calving came in, I would let somebody else finished the op and head off to do the calving. In the meantime, I started seeing a young sheep farmer, and subsequently married him. We bought a farm and had our first daughter. The baby used to come on call-outs and would sit in the consulting room in a car seat. Nobody batted an eyelid; on the contrary, clients liked the baby and she was (and still is) rarely ill.

After a few years, the senior partner retired, and, in calf with my second daughter, I felt it was time to move on and went into partnership with a solo vet 6 miles away. The new practice was again mixed, and a large part of the work consisted of cattle export work. When the BSE crisis hit, calf exports stopped abruptly and part of our income and workload disappeared overnight. I became more involved in practice management, but when I saw a job advertised (when 5 months pregnant with number 3) I went out of partnership to spend 90% of my time working with farm animals and horses in Swindon. The fact that the rota was one-in-four rather than one-in-two also appealed to me.

Many dairy clients in the practice were Dairy Crest suppliers, so we became involved with herd health planning at an early stage. New rules about providing drugs only to animals under our care provided the opportunity to create health plans for sheep, beef and gamebird owners. Not all clients were so progressive – one dairy farmer tore sheets out of the Yellow Pages to wipe the teats pre-milking and boasted a bulk somatic cell count of 70,000!

After nearly seven years, minus maternity leave for baby number 4, I was approached by the then Veterinary Laboratories Agency (VLA) to apply for a job at its Luddington laboratory. Having always slightly regretted that I did not try to get the job at the veterinary investigation centre in the Netherlands, I readily agreed. The more academic nature of the VLA work was attractive. 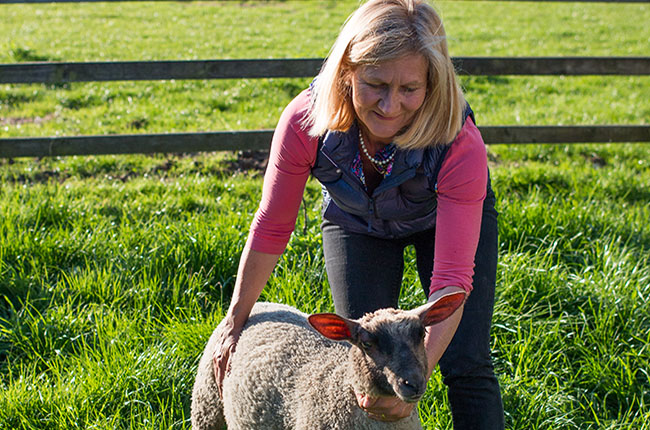 I thrived on the variety of postmortem examinations, discussing problems with vets in practice (not always of a veterinary nature) and making advisory farm visits. Not being on the rota greatly improved my home and social life. I was soon asked to join the SAC/VLA cattle expert group, provided I liked beer and curry – and found I was the first female member of the group. My responsibilities were cattle nutrition and mastitis, and I became secretary of the national mastitis group. I also became project leader of the VLA welfare projects. One of the things I enjoyed most was the expert witness work in court cases, usually concerning animal welfare. On the down side, coming from a commercial background into the civil service, I found the bureaucracy exhausting.

To offset the lack of commercialism and, perhaps, a midlife crisis, I set up a fashion business in my spare time – designing, making and selling luxury loungewear online and at fairs. After the merger of Animal Health and VLA it was clear the writing was on the wall for AHVLA Luddington. I was toying with the idea of setting up a private postmortem service but, out of the blue, I was approached by MSD Animal Health for the role of senior veterinary adviser, ruminants. The security the role offered was attractive and I thought I would give it a try, even just as a stop gap. MSD said they thought somebody ‘slightly institutionalised’ might fit the bill!

I enjoyed training vets and farmers but missed problem solving. In the early summer of 2015, I was asked to carry out a postmortem examination of a valuable suckler cow (as a favour for a vet in practice) and, while I was dissecting away, the farmer remarked: ‘You're really enjoying this aren't you?’ I realised then that I should go back to doing the job that I was good at and enjoyed.

I had stayed in touch with Ben Strugnell, a former colleague at VLA Thirsk. He had set up a commercial postmortem facility in a fallen stock yard in County Durham, subsidised initially by EBLEX. After visiting Ben's yard, I was impressed by what had been achieved – in particular the high throughput of carcases, but I was unsure about the economics.

At home we decided (for lifestyle rather than economic reasons) to sell our sheep. We had diversified into tourism and other ventures and were less dependent on my income. Moreover, the three eldest children were now more or less financially independent. The closures of the Luddington and Winchester VI centres provided an opportunity, and I located a fallen stock yard in Tewkesbury near the junction of two motorways (the M5 and the M50). The fallen stock operator was keen to be able to offer postmortem examinations and expand his business. On April 4 this year, I started my own company, Veterinary Investigation Services Ltd. To add some variety and to see the odd live animal (and person), I do some veterinary consultancy work, some advisory farm visits and also offer postmortem training for vets. Marketing the new service is a challenge – I even had some promotional mugs made, which was surely influenced by 2 years working in industry.

"I like being my own boss, not being copied into everybody's e-mails, having the freedom to spend time on hobbies and actually socialising"

Ben and I plan to share surveillance data and sell this data to add value to each business. With Defra having indicated that it may be unwilling to subsidise diagnostic testing for farmers in future, surveillance for both endemic and more unusual diseases may become an increasingly important part of independent postmortem services.

It's early days – but so far I like being my own boss, not being copied into everybody's e-mails, having the freedom to spend time on hobbies and actually socialising – and my pyjama empire grows every day.

The skills one picks up along the way often become useful in other roles: for example, the customer service skills I learned serving ice cream at university helped in the consulting room; my AI skills helped me getting my first job at the cattle breeding company; having our own farm makes it easier to relate to and give practical advice to farmers; and my loungewear enterprise provided some valuable sales experience for the pharmaceutical industry. Some opportunities tend to arise just when you need them!