A pioneer in preslaughter animal welfare 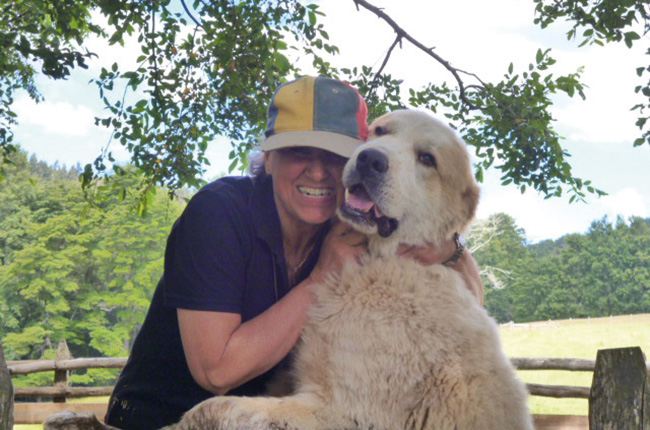 My passion for animal welfare started as a child when I raised the orphan calves, goats and even foals on my parents' farm in Chile. I also liked to breed all sorts of fowl, including pigeons. By the time I was nine years old, I wanted to be a vet.

I started helping the farm vet with simple treatments and some clinical work, although I actually preferred animal husbandry to clinical work.

I qualified as a veterinarian from the Universidad Austral de Chile (UACh) in 1977 and married Nestor Tadich the following year. We met as first-year students and then both began our careers at UACh. He worked in the veterinary clinic and I found myself – rather unexpectedly – teaching in the anatomy department.

'My passion for animal welfare started as a child'

Shortly afterwards I moved into the area of meat quality and realised that my knowledge of animal anatomy helped me considerably when teaching the Chilean carcase classification system and about meat cuts and their anatomical origin.

My whole career has been based in academia at the Faculty of Veterinary Science at UACh. As a vet, my main roles – teaching, research and training – have been in the field of production animal welfare during the preslaughter period, during handling on farm, during transport and at slaughter, and the relationship between welfare and meat quality. I have participated as principal researcher on many projects, published my research, produced poster presentations and spoken at national and international conferences.

I didn’t have a career plan, but my husband and I wanted to undertake further studies in an English-speaking country. We realised that it was necessary to speak and write English properly in order to get the widest reach for our research.

We completed our PhDs at Liverpool university, partly because our faculty had a link with the university and we knew some of the staff who worked there. At the time we had two daughters, Tania and Tamara, and we spent three wonderful years in the UK where we made many good and long-lasting friendships and met people from all over the world. Our son Ivo was born soon after we returned to Chile.

Back at UACh, we looked for a new area of research. Animal welfare was a non-existent area of research at the time and being able to develop it was attractive. Our aim was to produce information that could be published in scientific journals but also to improve the ways animals were handled in our country.

Our first research projects aimed to describe the main problems during livestock transport and their consequences for productivity. Nestor studied the clinical aspects – health issues, stressors, blood variables and so on – while I concentrated on the behaviour of animals, the effects of different transport factors on cattle and sheep welfare, and also on meat quality and corresponding losses for the industry. Later on, he moved into dairy cattle welfare and I continued to address the main welfare problems in the meat chain. Our aim was to share the results of our research with farmers, transporters and slaughterhouse managers and workers.

Within my research projects, I tutored more than 100 enthusiastic students from all over South America. The projects allowed us to identify the main animal welfare problems of the preslaughter chain. I was pleased when our findings were used by the government to make changes to animal health regulations; for example, reducing stocking densities and transport times to decrease bruising, and reducing the time spent in lairage to decrease carcase- and meat-quality losses, among others.

Our research also involved finding solutions to improve the welfare problems we identified. These were mainly based on changes to facilities and in the area of staff training.

Having found that animal welfare improvements were possible, we developed the Animal Welfare Programme (AWP), which we promoted through courses and manuals for animal handlers – producers, workers, transporters and slaughtermen. 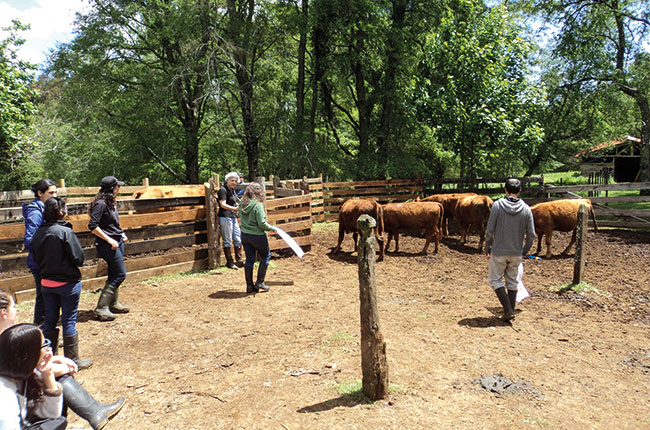 In 2013, new regulations relating to the Chilean Animal Protection Law made this training compulsory for all people involved in handling food-producing animals. UACh was the first accredited institution to deliver this.

At the same time, I was working with a group of academic leaders from the faculties of veterinary science in Latin America. We wanted the universities to offer courses on ethology and animal welfare, which we achieved in 2013.

At UACh, we created two animal welfare courses. By now, I was the director of the School of Veterinary Science. This, along with a change in the veterinary curriculum, allowed us to include a compulsory welfare course for students.

Alongside our research, we organised welfare events, which allowed us to disseminate research results and encourage enthusiastic young researchers to collaborate between Latin American countries. We regularly invited leading researchers in the field from across the world to speak at these events.

As a result, I was also frequently invited by colleagues from other universities to give talks about our work. It was a great opportunity to get to know different realities, to disseminate knowledge about animal welfare and to travel a lot, all of which I have thoroughly enjoyed.

What important skills did you acquire?

It is important to be passionate about the subjects you teach – passionate enough that your audience feels it – and you have to learn how to disseminate the knowledge you want to transmit.

If you really want the audience to learn something, you need empathy, recognising that people come from various origins and educational backgrounds, and of course, you need to be patient.

The legacy of my work is now in others’ hands – the professionals and workers I taught, who are now doing similar work towards improving animal welfare at governmental level as well as at private institutions.

What does your current job involve?

At the age of 67, I am now retired, but I remain an honorary senior lecturer at the university. I am currently finishing a couple of theses with some of my final postgraduate students, publishing the latest results of our research. I also teach some animal welfare courses for professionals who then deliver courses to animal handlers, in a train-the-trainer scenario.

Being retired allows me to spend more time with my family, which by now includes two grandchildren, as well as more time to go back to my roots: the farm, which I still have, my animals (cattle, sheep, horses, dogs and fowl) and being in nature.

How did you achieve work-life balance?

I loved my work and did it enthusiastically so it didn’t feel like a burden (except for some very busy times when an administrative workload was added; for example, when I was in charge of the vet school or the postgraduate school).

Balancing work life with childcare, the house or domestic matters is hard to achieve. It is really important to get organised and be efficient with your time, which is where I think women do better than men!

Most of the time I feel that I managed well enough, especially now seeing that my grown-up children are happy with their jobs and lives. However, many times when I was younger, I felt that I was giving too much time to work.

What advice would you give yourself if you could go back in time?

To work a bit less and spend more time with my family and on leisure activities, but I am quite satisfied and grateful for my life.

I feel that I have been able to improve animal welfare through my career and research – which is also a fitting tribute to my husband, who passed away in 2019. Now, I just want low-stress activities with my family and my farm animals.

Would you recommend being a vet to a school leaver and why?

Yes I would. In fact, one of my daughters is a vet. The important reason for becoming a vet must be because you like working with animals and not because you want a good salary or status (which we often see with young people).

Of course, beside animals there are many more things you have to deal with as a vet. Among these are people, as you have to be able to deal with the owners of the animals you care for; economics; meat production and its relationship with food security and quality; and many others. Some of these are matters that students don’t like, but they are necessary competences for vets.

Those choosing to enter academic life must understand students’ perceptions. And when training farmers or livestock handlers it is important not to make them feel that they do not know anything about animal welfare and that we value their views and experiences.

Being a vet is much more than what you see on Animal Planet programmes.