Media work adds a new dimension to my clinical practice 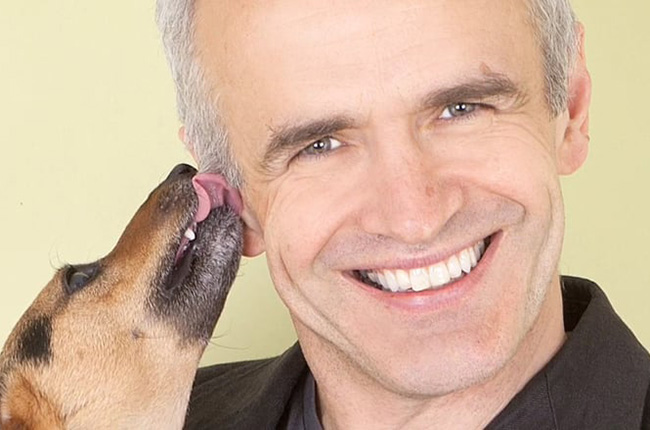 As a youth, I was known as the quiet one, unwilling to put my hand up in class, and prone to blushing furiously if I was forced to be the centre of attention. If someone had told me that one day I'd enjoy doing national live television and radio, and that my writing would be in newspapers and books, I would never have believed them.

Like many vets, I had a sense of being born to join the profession: from five years of age onwards, my only ambition was to be a vet. After reading James Herriot's books in my teen years, a life in mixed practice seemed appealing. However, four years of the real thing in the Scottish Borders ended up being enough for me. I had the travel bug too, but working in Africa, Australia and New Zealand for a few years scratched that itch into submission. For a mixture of reasons (including marrying an Irish girl) I ended up buying a small animal practice in Dublin where my predecessor had been active on national radio and television. When the media folk came to the practice looking for a vet to help them out, I was happy to step into his shoes.

Developing a career within the media

I soon discovered that media work feeds itself: the more you do, the better you get known, and the more you are asked to do. Like many areas of life, you develop a network of useful contacts – the researcher you worked with on one programme later becomes the producer of another.

I began to write mostly because I enjoyed it (an evening class in creative writing was my starting point). I discovered that there was a niche for the specialist type of writing for the public that only a vet can do, and I enjoyed the work. I found that I could lose myself in a 1000-word article about an imaginary (but based on reality) clinical case. And I discovered that I could earn a fee as a result

Mental health and the media

At first, I fitted media work into the busy life of being a full-time vet in practice: I used to wake at 5.30 am, write a couple of articles before work, rush off to the local radio station over my lunch hour, and fit in a weekly TV slot by blocking off the afternoon appointments on a Friday. I ended up overdoing it, veering dangerously close to clinical depression without realising that it was happening to me.

"I ended up overdoing it, veering dangerously close to clinical depression"

On the advice of my GP, I decided to take a half day off, every day, to pursue my interests in the media. I set myself the target of earning enough in this half day to enable me to employ a locum to fill my slots at the clinic. I marketed my services to any media outlet I could think of, and within a year, I had weekly columns in Irish and British national newspapers, as well as continuing the radio and TV work that I had already been doing.

Being a successful media vet

I am fortunate to have understanding partners in my business: I am a flexitime vet, and there are many practices that would not tolerate this type of butterfly-like clinician, alighting for a while then fluttering off again. To be a successful media vet, I need to continue to see clinical cases: they provide the subject matter for me to write and talk about. And I still love being a vet in practice; I'd be devastated if I could no longer enjoy the challenge of working up cases, seeing animals and engaging with owners every day.

I've just had a book published through the Daily Telegraph – Pet Subjects. The process has been another enjoyable adventure into the unknown. Media work is not for everyone, but whatever it is, it is certainly never boring or predictable.