Pensions for the under-35s - what you need to know

Under-35s try hard to stifle a yawn, 35-to-45-year-olds change the subject quickly, and 45-to-55-year-olds comment knowingly, but with more than a tinge of embarrassment that they did not act on the cogent advice they received. The over-55s are split into three broad groups. The first group have a slightly smug, contented smile, knowing that they have matters in hand and have made sensible savings for retirement; the second group are too talkative and, although they have done something, they know only too well that it is nowhere near enough. The third group range from blasé through bravado to the fatalistic view that they ‘may never reach retirement age anyway’. They are also angry with the Government, the insurance company, the youth of today and all and sundry, while still hoping for that elusive lottery win (the odds being 1 in 14 million, I think) or a rich client leaving them a fortune.

What can you do, and what should you do?

So let's look at it from the under-35-year- old's viewpoint – what can you do and what should you do? Every few weeks there seems to be a scathing headline on pensions or pension performance. It would be easy to believe that they are a relic from the previous generation and have no place in a modern society, particularly for anyone under the age of 30.

However, there is no doubt whatsoever that now is the time to do something. No matter how little you can contribute to savings, it will be better done sooner. The compelling mathematics of compound interest mean that small amounts of saving started sooner will accrue to a much larger sum than waiting even four or five years to start any contribution to your retirement.

"No matter how little you can contribute to savings, it will be better done sooner"

Everyone recognises that you will need some money to live off in retirement, and that somehow you have to generate that fund of money during your working life – it does not appear by magic. The Government provides a state pension, albeit at a minimal level, and this is what many people live on during their retirement, but it does not take much mathematical acumen to recognise that this leaves them in a relatively impecunious state, with few options for living.

For self-employed individuals, it is up to you to arrange your own pension and, to have enough money to pay for your living expenses during retirement, you will have to save during your working life.

What is a pension?

Replacing the word ‘pension’ with ‘retirement fund’ may result in a more considered discussion. The word ‘pension’ is used freely in many contexts to mean different things, and has nearly become synonymous with:

In effect, pensions are a saving for the future, and for most people their pension funds their living once they are retired and are not earning. Traditionally, most people contribute to a pension pot that is invested by an insurance company, and at retirement they exchange their lump sum of cash (their pension pot) for an annuity, which is a regular annual payment for the rest of their life. If all your pension funds are held by one provider or insurance company, it is worth remembering the old adage ‘don't have all your eggs in one basket’.

Other ways to build your pension

There are many options, and most people end up using a combination of these. They all rely upon some element of planning and some saving made during your working life, and your accountant or independent financial adviser (IFA) can advise on the tax benefits and advantages of different approaches.

Why have pensions been so popular in the past? One of the main reasons is that there have been tax incentives to save in pension plans and the funds grow free of income tax and capital gains tax. You get tax relief at your marginal tax band rate, so a higher rate tax payer attracts 40% tax relief on their contributions. For a basic rate tax payer, if you paid a cheque for £800 into the pension plan, £200 is added, and £1000 miraculously appears as being credited to your account: sounds easy! For a 40% tax payer even more is added, and you are credited with £1333. There are limits to the total amount you can pay in each year to get tax relief, linked to your annual earnings.

How much to save for your pension

If you only started paying in when you reached 40, and wanted to end up with the same final pot, you would need to contribute about two-and-a-half times as much – £2600 per annum – compared with the original £1000 per annum.

There are no easy answers, and rising life expectancy means that people are living longer; the annual guaranteed sum that an annuity pays out is regularly reviewed by the insurance companies and reduced accordingly over the years. In 1981, the average period spent in retirement and drawing a pension was 16 years, and now it is 21 years, so you will certainly need more savings in the pot than your antecedents. It is worth noting that a recent survey reported that 47% of women of working age do not have a pension plan of any sort.

Where to start with your pension

So, what should you do about it? First, don't opt for ‘nothing at all’ or ‘I will sort it out later’ – as procrastination will return to haunt you. Pay something into a savings plan regularly and set it up to start next month – this could be a pension plan or some other savings vehicle.

Be aware that pension plans cannot be dipped into during times of need, so there is no access to your money until you reach pensionable age. Simple savings accounts can usually be accessed and funds withdrawn, with or without notice periods, so there can be a temptation to draw on these funds before you get to pensionable age. 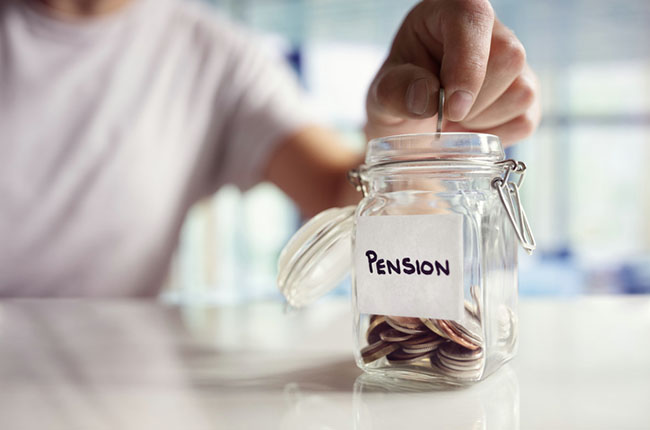 Enforced saving with no access has some advantages. It is human nature to persuade yourself that the current crisis and personal need is definitely more pressing than the longer term need – who always keeps that lovely chocolate cake until the guests arrive? A small taste now can't really harm, can it?

If you do not like pensions, the pensions market, pension investments or anything that has the word ‘pensions’ in it, you still need to save for retirement, and ultimately the amount you save each year for your future income will determine how well you can live in retirement.

If your current employer offers you pension payments, compared with an annual salary rise, pay attention; these are very valuable benefits indeed, and you can take them with you to another job later.

Whatever the interest rate and the level of return on invested funds over the forthcoming years, the amount you contribute will have a big effect, but the sooner you do it, it will be more influential in the final value of your retirement investment fund. The numbers are clear – start putting something aside now, no matter how small it seems.

The old joke comes to mind that accountants have a reputation for being boring but actuaries are dead boring – discussing your pension when you are in your 30s or 20s might engender the same response from many of your friends, but you will have the last laugh.

▪ The author strongly recommends that readers should take specialist advice from an accountant or independent financial adviser on any pension-related decision prior to proceeding further with any of the ‘options’ mentioned in this article.