Overseas adventures as part of an equine career 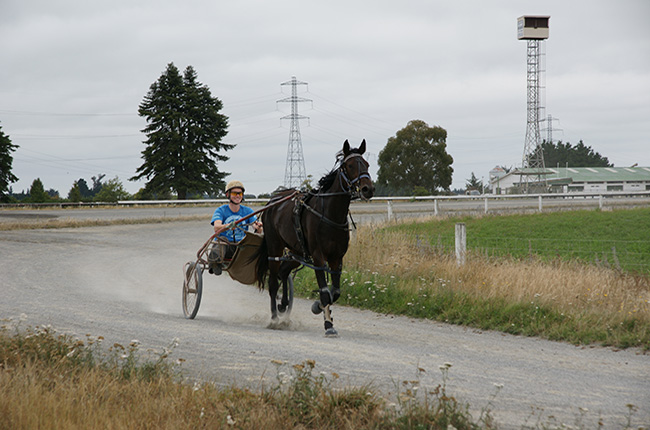 Gaining a place on the Royal Veterinary College's (RVC) BVetMed course in 2001 had been a big step in my goal towards becoming the next James Herriot. ‘Getting in’ had supposedly been the hard part; in reality, it had probably been made easier by the fact that I was a state-educated, northern male. That ticked a lot of boxes that needed ticking in an age of equal opportunities and fair access to tertiary education.

For large parts of the academic course I was bored; dynein arms and gangrenous monkey arms didn't light my fire. I sought solace in joining every committee available, playing football and distracting myself from relentless lectures. For the first half of the course my academic year also included a fourth term in which I re-sat exams that I'd neglected to revise for properly the first time. I needed some sort of inspiration. Inspiration which transpired towards the end of my third year.

A career in equine

I had had precious little experience with horses. I had fallen off one once, and I displayed a consummate lack of knowledge about a language in which the words seemed to bear no link to the item or movement they described. One day I happened to mention to someone that I was thinking about a career with our long-faced friends, and their response was cutting. It implied that a boy from the city with no horse knowledge could never be a good equine vet. My mind was made up.

Lots of horses and very few cows made up my large animal EMS placements, and soon I knew what puissance was and that brushing boots were not to be used as wrist guards while grooming your pony. I targeted a hospital internship in Newmarket that I hoped would give me a good platform from which to build my future career. I managed to get the job and spent two bittersweet years learning my trade from the best in the industry, and unwittingly making many connections in what is a relatively small world.

Two years passed by, and I decided that the time had come to look for pastures new. I felt that I had a lot of knowledge by this point. The only problem was that my practical experience was limited. The gap between hospital versus real world experience needed closing. I was employed as a locum in Essex and the experience with people alone was enough to open my eyes; midnight in a muddy field, a colicky horse and an owner in four-inch white stilettos. It was fantastic stuff. I also completed a three-month stint in a great practice in Lancashire as a stand-in for a chap who was fixing British war dogs in Afghanistan. During my time there my feet increasingly itched for travel.

Like many of my contemporaries, I felt that New Zealand, which was accessible to UK vets, presented a land of beauty and opportunity, not to mention an escape route from the entrance years of the Great British economic struggle. Try as I might, I found it difficult to find a position, and in the end the opening came through a friend who had met my future boss at a vet association social. (The other side of the planet yet so little changes.) Working near Christchurch was great fun. I lived with my boss and her racehorse trainer partner; I drove standardbred harness racing horses and filled a gap, both literally and in my knowledge, while honing my equine reproduction skills. But good things must come to an end, and after seven months the season was drawing to a close and a gentleman I'd met in Newmarket had asked whether I would like to work for him in South Africa.

Landing in Durban, I carried with me more than just my luggage. Like many Brits, I had heard a lot about the crime rate in South Africa. I feared that I might be mugged during my time there and wondered if I'd be able to watch the football from this far down the globe. On the contrary, what I found was a first world country, in the cities at least, with every modern amenity and, more importantly, a thriving racing industry.

My boss, John McVeigh, took me into his home with his wife Amanda and their four boisterous and enigmatic children. I worked from a hospital as modern as most in the UK. With digital X-ray and ultrasound, a surgical suite and a full complement of medicines, I was treating horses that were at the absolute top of their game in South Africa: horses that would go on to compete for million-dollar bounties in international competitions around the globe. My preconceptions had been quashed entirely, South Africa was phenomenal place to live and work; yet 18 months later, I'm moving on again.

Moving back to England

My girlfriend and I have a belief that, while we work in a noble profession – indeed our world travels have only been expedited by being a member of that same profession – we are still working and life must sometimes be prioritised. The past few years have proved that we have been able to further our professional selves as well as explore and experience different cultures and different ways of achieving the same veterinary end. But this world travelling takes its toll. So we've temporarily taken leave of our work, and our senses, and purchased a car to drive home from Durban to England. The allure of home has not grown faint. We miss our friends, we miss our families and we miss those cold, wet, grey days.