One Health and a world of opportunity 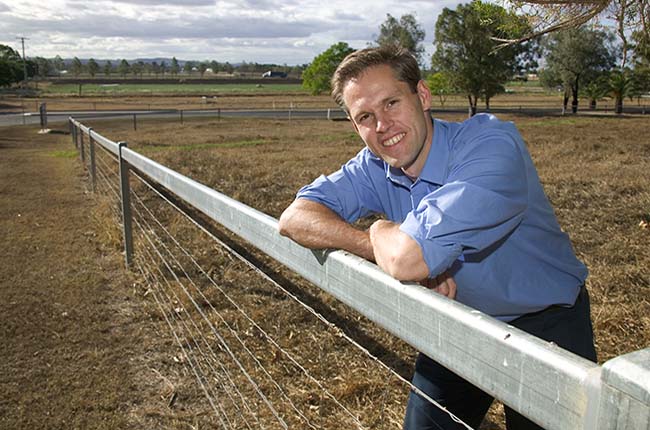 Public health and epidemiology never drew crowds at the Royal (Dick) School of Veterinary Studies when I was there. However, it was during one of those lectures at Easter Bush that the penny dropped. An exasperated course coordinator had resorted to bringing in a range of veterinarians from different career sectors and all of them had diverse and fascinating career experiences.

Like the majority of my year I was set on becoming a clinician – I also loved to travel – so before graduating I secured a job to start the day after I qualified. After a spell in the clinical department at Ontario Veterinary College in Canada and clinical practice in Normandy in France, I joined a practice in Northumberland. They would have preferred someone with more experience, but I was keen to learn and had picked up a good range of practical skills through EMS by being selective and choosing practices where I was allowed to develop my practical skills. Equine field surgery was not only necessary but a great opportunity as the nearest referral centres were three hours away. There was also a good measure of farm animal and small animal surgery, not to mention working independently and managing a branch practice. I soon became keen to develop a much larger hospital-type facility. The principal, however, was in his 60s and considering his next steps while I, in my early 20s, had little financial backing. The writing was on the wall...the area, the people and the practice were idyllic but I would not be able to realise the growth for the practice or the career development I yearned for.

I recalled the industry vet who had talked to us and began to watch job advertisements. But, I also wanted to study and to travel. I was hired by a pharmaceutical company to help develop a new antimicrobial and it was the best career decision I ever made. I was able to obtain a PhD while managing the company's extensive European research programme, use my languages and travel throughout Europe, emerging Eastern Europe and the Middle East, interacting with vets, regulators, contract research laboratories and universities and make many international friends. A few years later I was sent to the company's headquarters in the USA to manage global projects. I was given a project that spanned 10 states, the EU and Canada and for a period spent barely a week at home per month, which allowed me to experience a vast amount culturally in the course of our research. I was also able to link closely with the pharmaceutical parent company on emerging areas of opportunity such as oncology, endocrinology, psychotropic medications and medical devices.

A few years later though I was back in my old stomping ground in Europe, now as director of EU animal science research; again, for a while, it was a great opportunity. However, it was evident that the hi-tech research was increasingly being centralised back to the company's US headquarters. The pay was excellent, the politics mediocre and my interest dwindling. After a while the decision was clear: either drift with the tide and play the politics to retirement or make a change.

I had always kept up my clinical skills locuming and each year I used to spend several weeks of my annual leave at charity clinics in different parts of the world (Cuba, Cambodia, Thailand, Zimbabwe, South Africa, etc) as well as doing weekend work in clinics near where I worked. After returning to Europe from the USA, I moved to Hampshire and it was connections via weekend locum work (rather than head-hunters trawling to poach management for ever bigger salaries) that I met a couple of visionary veterinary surgeons intent on creating a brand and enlarging their group of practices. I had recently completed a postgraduate qualification in business administration and the challenge of leaving the safe haven of corporate infrastructure to build a business de novo really appealed. Ironically, the decision to leave turned out to be my next best career decision.

The day after leaving industry I started as business development director of a high- risk entrepreneurial investment. One of my business partners used to say ‘always do the right thing and you'll be alright’, so we stuck to developing our brand, based on compassionate care, quality of veterinary service and providing good value for clients; we also had a lot of fun on the way.

We had board meetings at the cricket at Lords, strategy sessions in Italy, downgraded our lifestyles and cars and took out huge mortgages as we multiplied the number of clinics and diversified the business beyond a traditional practice to achieve nearly 300,000 veterinarian-animal interactions each year. We also ran a leading tertiary referral centre, acquired an established veterinary diagnostic laboratory and launched a nutraceutical brand. The group trebled in size over a few years and, while we yearned to bring the first veterinary independent public offering in UK and float our business on the London Stock Exchange, we were still short on scale. Sale to one of the new ‘corporate practices’ became the logical exit strategy as other priorities arose in my life. These were getting married, contemplating children and yearning for another international challenge. My partner and I returned from our honeymoon, which had taken us via the Trans-Siberian railway from Scandinavia where we were married, through China and on to Micronesia, to find a fax requesting that I attend an interview in Australia the next week. Within a few weeks I had accepted the position of dean of one of the Australian veterinary schools and we flew via the Seychelles to the Antipodes.

The project as dean was exciting in that there were a series of immediate huge challenges in a school that desperately needed accreditation through the RCVS and the European Association of Establishments for Veterinary Education. I also wanted to start on the track of American Veterinary Medical Association accreditation. We needed to build a new teaching facility outside the city, relocate to a rural campus and miraculously become world class all at once. I took the role as professor of veterinary pharmacology and dean and spent a couple of years engaged in realigning goals, staffing and facilities (with miserly funding) in line with the expectations of the vice-chancellor. The years were good, with remarkable progress on the one hand, but very challenging for staff on the other, as change was faster than many had ever experienced. As the facilities were finalised and the relevant accreditations obtained, some of my pharmacology projects came to fruition to the point of commercialisation. This provided an opportunity to enter into a new world of consultancy, non-executive director roles and to found a company focused on my enduring passion for primary infrastructure and aid delivery to post-conflict and developing nations suffering from natural crises.

Ironically, one of the early projects was local: managing the eradication of equine influenza in Queensland under the chief veterinary and biosecurity officer. Remarkably, Australia is one of only a few countries to have successfully eradicated and (to date) remained free of the disease. I also became involved with the live animal exportation business (Australia is a world leader in this area), which fed my spirit of adventure: setting off on the high seas from Perth to Saudi Arabia in a ship with 60,000 sheep and several thousand head of cattle and a crew where only the captain spoke English. On the downside, it also led me to severely question the abysmal welfare standards endured each year by many hundreds of thousands of animals and castigate the ethics and lack of governance of this industry. I submitted evidence as an expert witness for cases challenging the trade and helped to investigate welfare issues in Mauritius, Singapore, Malaysia and the Middle East. The media fight was truly ‘gloves-off’, yet my feeling remains that this was exactly what we all agreed to in our oaths to become veterinarians – if we don't speak up in a balanced way for animals we are abrogating our professional privilege.

I had always been interested in working across species and specifically between the human being and other animals. During my time in the USA this had been a part of my formal role, but, increasingly, I realised that it was an ongoing theme. In 2009, I enrolled on a postgraduate medical degree, and although my various businesses, income and leisure time took a large hit for a time, we emerged reasonably unscathed, thanks to the broad grounding of the classical veterinary curriculum. The medical curriculum was predominantly problem-based learning and, to be honest, while currently in vogue, my personal experience was that this was an easy way out. I feel it covered less ground less thoroughly than the classical curricula did, and was a good way for universities to economise on teaching. I could never have held down a full-time job while at veterinary school, yet I had two companies to run and an adjunct professor role to maintain during medical school, with a two-hour commute each day and a family. I firmly credit the great foundation laid by the curriculum we experienced at Dick Vet and Edinburgh university in the late 1980s and early 1990s.

The medical degree has opened many further possibilities for continued learning and research collaborations with doctors where previously ‘veterinary’ involvement had seemed irrelevant to them. It led to professorial roles, this time in the Faculty of Health and at the Institute of Health and Bioscience Innovation at Queensland University of Technology with a concurrent appointment at the national centre of excellence, the Translation Research Institute (read ‘One Health’) in Brisbane. Looking back, veterinary medicine starts us off with an immensely broad curriculum that facilitates both specialisation and diversification. My entire career has been in One Health, just at different times different aspects have dominated.

I have been asked what has given me most pleasure in my veterinary career. In a phrase: ‘variety, learning and adventure’. Outside the veterinary sphere, the biggest joy has been my children and sharing with them the joys of horseriding, sailing, our many pets and adventures outdoors. I intended that they would grow up in a family veterinary practice, yet they have already travelled internationally far more than I had at twice their age, so I thank veterinary medicine for the diverse opportunities it has given us all.

Last year, the fun of publishing a novel ‘Spindrift-swept from Zimbabwe’ about my childhood during the guerrilla war in that country was also an exciting diversion. I was asked whether I would choose the same career path again. It is far too early to look back: I am not yet halfway through my working life, so let's just see what the next 25 to 30 years bring as a veterinary background still offers a very diverse array of career choices for the future.