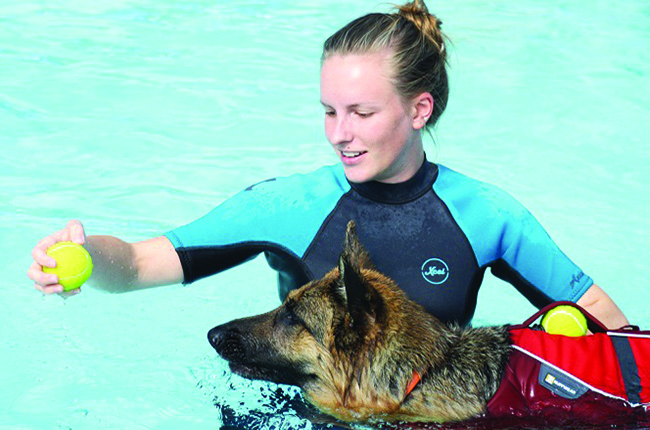 Developed by Greyfriars Veterinary Rehabilitation Referrals and awarding organisation, the Open College Network (OCN), the qualifications aim to ensure that canine hydrotherapists are better equipped to carry out their duties competently and treat animals ethically and responsibly.

Angela Griffiths, owner and chief executive at Greyfriars, says: ‘We need to be honest and recognise dogs have been hurt, frightened and received poor treatment over the years through ignorance, poor training, poor standards or a combination of these. We want to ensure all canine hydrotherapists obtain qualifications that ensure the health and wellbeing of the patient is a priority. We are all driven by a desire to raise standards of training and hydrotherapy treatment in the UK and overseas. Working with OCN, we felt it was time to set higher standards for training and qualifications to safeguard animal welfare in the future.’