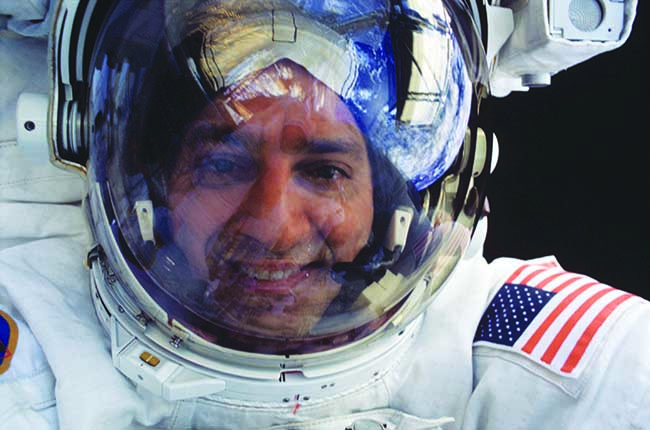 How did a vet working with marine mammals get the chance to become an astronaut? He says it was down to luck.

Having been commissioned as captain in the US Army Veterinary Corps, Richard Linnehan joined the Naval Ocean Systems Center in San Diego, California, and was soon appointed chief clinical vet for the US Navy’s Marine Mammal Program.

At the time, NASA had built and launched the International Space Station and it was considering having a number of animal experiments in space. The space agency put out a call for its first life science/engineering astronaut in 1992, and Linnehan was selected as part of NASA Astronaut Group 14.

‘The pilots are always the cream of the crop from the army, navy and the marines, but I also had the life science background and military training.’

He flew his first shuttle mission in 1996, just before he joined the North Carolina (NC) State College of Veterinary Medicine as an adjunct assistant professor of aquatics, wildlife and zoo medicine.

In 1998, he travelled on the space shuttle Columbia back into space as a payload commander. By the early 2000s, NASA’s plans with animals had changed, but as a veteran traveller, Linnehan continued his role as a mission specialist. He even once conducted a class for his students from the European Space Agency’s Spacelab on Columbia. 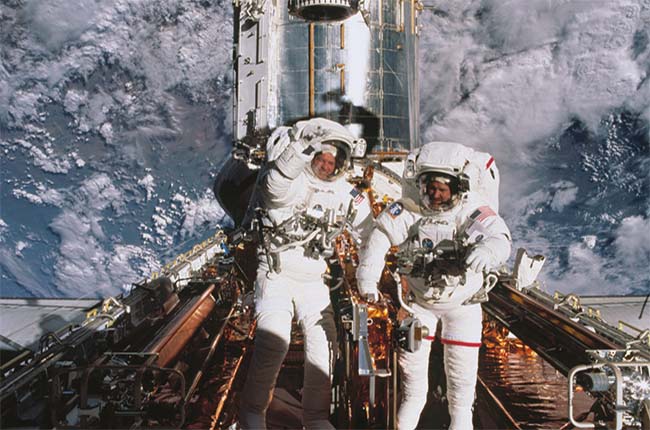 In March 2002, he made his first spacewalk (pictured above [he is on the left]), working with John Grunsfeld on the Hubble, attaching new fold-out solar panels that gave the telescope 30 per cent more power to see deep into the universe.

He eventually went on four shuttle missions, spending more than 59 days in space and set the NASA record with more than 42 hours in extravehicular activity (spacewalks). He made three shuttle trips on Columbia (in 1996, 1998 and 2002) and one on Endeavor (2008). On his final trip he participated in three spacewalks with three different astronauts, helping add components to the space station. Linnehan is still an adjunct professor at NC State and has had a similar position at Texas A&M since 2010.

• Tim Peeler is a writer/editor for the university communications office at North Caroline State University.