My year as a Fulbrighter in New York and London 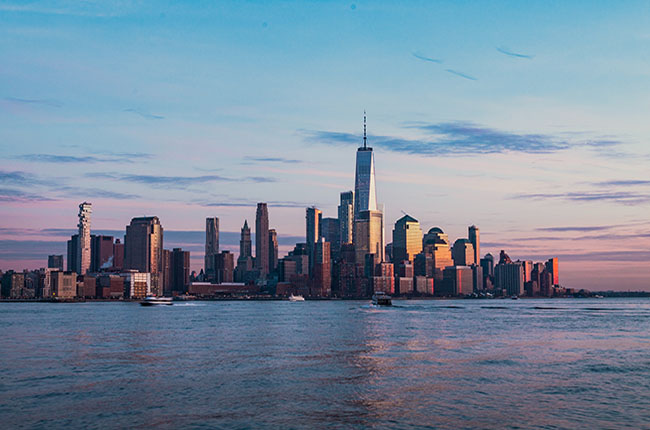 It's June 2016, and I am seated at my desk in our Brixton flat, with my Jack Russell terrier Norman curled up at my feet. I am surrounded by books and papers about climate change, animal husbandry and welfare. I'm researching my masters project, which is about the livestock sector, animal welfare, greenhouse gas emissions and climate change.

Ten months ago, my husband Krys and I were about to start our six-month New York city adventure. I was to become a Fulbright Scholar: an academic and cultural journey starting in New York and ending in London. I had taken a career break from my job as an inspector in the Animals in Science Regulation Unit at the Home Office, to complete a one-year executive masters programme in public administration and global policy, supported by the US-UK Fulbright Commission. Now back from the stateside stint, I only have two months left until I finish the programme at University College London (UCL). This will be spent researching my project, in which I am combining my interests in global animal health, welfare and policy with a new subject for me: anthropogenic climate change.

Looking back on the year

Looking back, it has been an inspiring, surprising and challenging year. There have been highs and lows, but no regrets. I've enjoyed exploring several new identities. Stateside, I was a Fulbrighter, mature student, international student, British woman abroad and a veterinarian among social scientists. Back home, I'm enjoying being a student in London again. Strolling through Bloomsbury with my iPad full of literature on British politics, leadership and behavioural economics, the Bloomsbury streets are so familiar to me from my Royal Veterinary College (RVC) undergraduate days 25 years ago. The Waterstones bookshop café, called Dillons after the university bookshop that was there when I was 18, has become my favourite place to catch up on my politics reading and project work.

Being a student at New York University (NYU) was a very different experience from my RVC undergraduate days. Three days a week I made my way from our Upper West Side brownstone apartment to the stylish Greenwich Village, either by the stifling subway, or by bicycle, which was an adrenaline-fuelled trip through Central Park, down Fifth Avenue, to my destination at the jazz-filled craziness of Washington Square: home to NYU. I only had about eight hours a week of seminar sessions, a world away from five full days a week of didactic veterinary lectures. The rest of my week was free for reading, coursework and, of course, exploring New York with Krys. 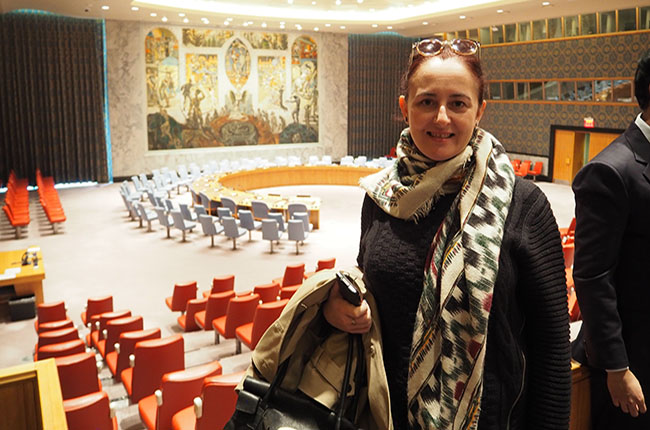 The American classroom is noisy, challenging and full of debate. I soon learnt to bring along the right NYU student accessories to fit in: a MacBook, a large iced coffee and an NYU branded water bottle. It's also quite okay to eat in class (I even saw popcorn being passed around on several occasions). We were assessed for our contributions to discussion, and professors pick on specific students to answer questions. There is no opportunity to sit at the back taking notes quietly.

I would read around 150 pages of academic literature per week alongside finance homework, seminars and essay writing. I got very good at speed-reading and being ready to summarise a paper in a few sentences. I was studying policy theory, institutions and governance, global health, finance management for the public sector, and I even had seminars on leadership and management on Saturday mornings.

Being a Fulbright Scholar in New York was a pleasure and a privilege. Part of the experience is to be immersed in American culture and we were invited to diverse cultural and social events. We attended baseball, basketball and ice hockey games, gallery openings and concerts. We had a fascinating tour of the United Nations building: to be inside the general assembly hall was awe-inspiring. A Halloween party was also laid on for New York Fulbrighters. The streets of the city that night were wonderful and hilarious: filled with zombies, daleks, and ghouls of all shapes and sizes. There was even a dog Halloween parade, so perhaps it was lucky for Norman that he was holidaying in Sussex with my father.

Being a Fulbrighter is also about the people you meet. In our second week in the US, I attended a gateway seminar at the University of Delaware with other international scholars. We were advised how to make the most of our US journey and how to deal with the culture shock of living in a new country. It was an opportunity to meet Fulbrighters from all over the world, studying disparate subjects, soon to be studying at universities all over the USA. I found myself discussing art, politics, philosophy and science with students from Ecuador, Palestine, Australia, South Africa, Colombia, Malawi, India and many, many others. For some students it was their first time in the USA. Many of us have kept in touch and I left Delaware with a global network of new friends and colleagues.

Krys and I did not expect to experience culture shock, having travelled extensively in the USA on previous holidays. However, we initially found that making friends was tricky. We found the clichés about stress levels and the speed of the city to be true. We were pushed out of the way on the subway, ignored when we tried to be friendly, and overwhelmed by the simple tasks of ordering sandwiches or getting a soda at the local store. By about September, we could decide between Swiss or American cheese, knew the difference between a chopped and tossed salad, tipped competently and could work the 7-Eleven soda machines. Our friend network gradually expanded.

"Being a Fulbright Scholar in New York was a pleasure and a privilege. Part of the experience is to be immersed in American culture"

My final Fulbright event in the USA was a seminar for international Fulbrighters in Austin, Texas, which was about the US elections and political system. We all participated in an election simulation with student presidential candidates and a campaign trail. I can now honestly say that I understand the US presidential electoral system, after many years of trying! Austin seemed quiet and civilised compared to New York: wonderful food, music and another opportunity to make new friends.

December in New York was frantic. The weather changed suddenly (from T-shirts in November to heavy coats just a couple of weeks later). I spent every spare hour finishing my final papers, which were on the EU refugee crisis and the media, and global animal health governance. I sat up until 2 am practising how to prepare budgets and financial statements before my last finance exam.

Somehow we found time to soak up the incredible Christmas atmosphere downtown, buy American candy to take home with us, and had a last evening saying goodbye to friends at the Fat Cat, our favourite dive-bar, where you can listen to jazz and play shuffleboard until 4 am.

Back to London life

We flew back to London just in time to enjoy Christmas with loved ones, and had an emotional reunion with Norman. In no time, I was back into student mode and attending seminars at UCL three days a week. The teaching style is slightly more formal and didactic than at NYU, although there is still plenty of debate and discussion. I had weekly lectures and seminars, and an even longer reading list. My studies included British politics and government, organisational change, policy implementation and behavioural economics. As a civil servant, studying the theory of politics and government was particularly fascinating.

At home in London, I've just submitted essays on the role of pressure groups in British politics, leadership theories, and nudge policies. I also took an exam in policy implementation. It has been a tough last few weeks and I'm relieved to be focusing on my final project topic: the livestock sector, greenhouse gas emissions, and policy to mitigate climate change. I'm learning about the global issues affecting animal welfare that I was not very familiar with before, and am getting to know diverse stakeholders.

I'm looking forward to using and sharing what I've learned when I return to work in government, and in my future career. Policy and public administration might seem to be an unusual area of study for a vet. However, my studies are very relevant to my role in government, and have stimulated my interests in global animal health and welfare issues further. I don't know what the next chapter will be, but I do know that my year as a Fulbrighter has opened up many opportunities and interests that I can't wait to explore.