Ten-minute chat - getting into vet school in my mid 30s 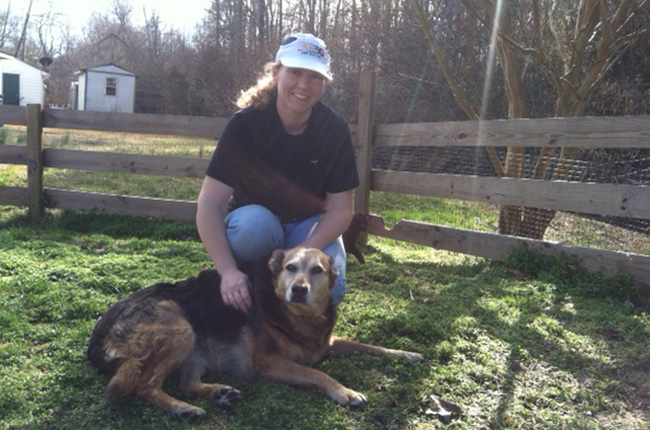 Tell us a bit about yourself

I'm a mature student who decided in my mid 30s that it was a good idea to try to get into vet school. I can remember wanting to be a vet from about the age of eight. Having pretty much failed my A levels that was never going to happen so I studied horses instead.

Where did that start?

I managed to scrape together a total of 10 points at A level. It wasn't enough to get onto any degree course but DeMontfort University offered me the chance to do a higher national diploma in equine science. The subject matter suited me and as I got all merits and distinctions in the first year, they bumped me up to the BSc from year 2.

Then what did you do?

My first proper job after university was with a small pony stud in Essex. We bred Welsh Section As and Bs for the show ring. I loved the management of the ponies there. The mares, foals and stallion all lived together as a family unit, they rarely gave me (or each other) any trouble.

After a year, I enrolled for a Masters in equine science at the University of Wales, Aberystwyth. The foot-and-mouth outbreak happened in my final term. At the time I was living inside an infected area and was banned from entering the campus, which meant I could only manage enough credits to get a postgraduate certificate. I was offered the opportunity to complete the Masters the following year, but decided it was time to move on.

"I applied through the US version of UCAS. It took me three-and-a-half years to accumulate the credits I needed; I also had to take a general entrance exam"

After Aberystwyth I worked at a riding centre in Wales. I had been there for a couple of years when I started to get itchy feet. I wanted to work abroad, but I wasn't confident enough in my foreign languages, so I wanted to go to an English speaking country. Going through a specialist equine employment agency meant choosing either America or Australia and America was cheaper.

What did you do in the USA?

When it arrived, the paperwork said I would be working for McLain Ward in Brewster, NY. I had no idea who he was. I arrived on Christmas Eve 2003 and was somewhat thrown in at the deep end as a week later we made the 24-hour drive to Florida for the Winter Equestrian Festival. Only after getting to Florida did I realise how high profile he was. That summer McLain won his first Olympic gold medal. I worked for him as a show groom for several years before switching to a private farm, caring for retired competition horses.

Was there a trigger that led you to apply to vet school?

I was living in the Bronx with my wife, Margaret. She is originally from North Carolina; she expressed an interest in going ‘home’ and, knowing about my childhood dream to be a vet, she mentioned that the state had a good vet school. We looked into it and I saw no harm in trying to meet the admission requirements. I started taking various classes online and, much to my surprise, I was getting the grades I needed. I worked through the prerequisite subjects and we moved south where I was able to find work as a equine veterinary technician, which gave me some great exposure to the industry.

What was your experience of getting a place?

I applied through the US version of UCAS. It took me three-and-a-half years to accumulate the credits I needed; I also had to take a general entrance exam. The US system allowed me to apply to multiple schools, so I opted for a few in the USA and London and Edinburgh as well. I was rejected by all the US schools – as one mentor kindly put it, I was a ‘non-traditional’ candidate. London and Edinburgh both accepted me.

"In the course of my working life I have developed several areas of interest, including performance optimisation, metabolic disease and geriatric care, but ultimately my ambition is to maximise animal health and welfare"

Are horses in your future or are rotations opening your eyes to new possibilities?

I am just starting out on my rotations journey and am going in to the experience with an open mind as to what might pique my interest. There is still so much I have to be exposed to. Even with a background in one particular area, I have always maintained I would never limit my options. Placements like EMS at Veterinary Record give vet students a great chance to immerse ourselves in worlds we rarely get to see.

You qualify next year; then what?

That's something that changes on a daily basis. At the end of the day it will depend on what options are on the table at the time. When the words ‘decision tree’ get mentioned over dinner you know you have to stay flexible.

As of today, what would your dream job be?

If I stick with the equine theme, ambulatory practice would be my preference. I know lots of people shudder at the thought of spending half their day driving around the country side, but I'd love it. In the course of my working life I have developed several areas of interest, including performance optimisation, metabolic disease and geriatric care, but ultimately my ambition is to maximise animal health and welfare.