Making an impact through veterinary research 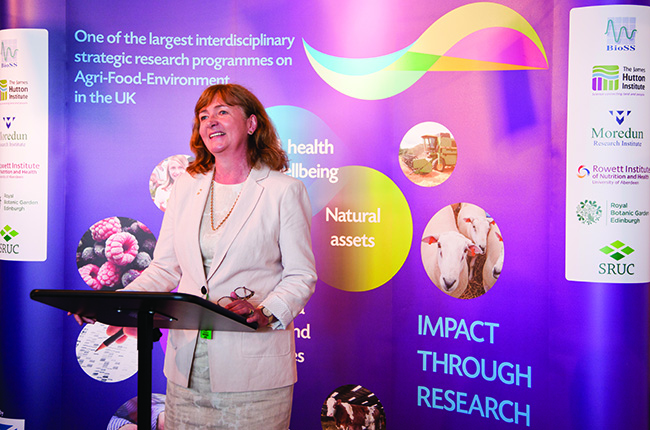 I have to admit that I started out my career as one of the – sometimes criticised – schoolgirls who only ever wanted to be a vet. I was over the moon to be offered a place at Glasgow vet school where I combined study with a busy social time in and around Bearsden and the west end of the city.

The renowned researchers at Glasgow at that time included Bill Jarrett who was working on leukaemia and papillomavirus, and Jimmy Armour, one of the team that developed the first vaccine against lungworm infestation, Dictol. Among the great teachers of that time, I was most influenced by those in the clinical farm animal group. Combined with excellent ‘seeing practice’ experience with farm animal practitioners, I became determined to be a practical, card-carrying, mixed veterinary practitioner.

After numerous letters of application (mostly rejected), I found myself working in Northumberland where I remained for five years, gaining widespread experience working with multiple species and tackling a variety of veterinary challenges.

New technologies in the veterinary market

I was involved in some exciting new technologies – multiple ovulation and embryo transfer in dairy cattle, the establishment of herd health programmes and an increasing focus on disease prevention. I also had some exciting tasks – attending Newcastle races with the senior partners, treating the last pit ponies in the Ellington deep-sea coalmine, and pulling a variety of animals out of ditches with the help of the local fire service.

One strong memory is of having been called to a road traffic accident during the evening rush hour in the centre of Newcastle upon Tyne. I was provided with a police escort (including flashing lights and sirens) to the middle of the Tyne Bridge where a dog-loving officer had halted traffic across the bridge, to allow me to attend to an injured lurcher. Needless to say, the ownerless dog, subsequently named Harry, which had suffered horrendous fractures, ended up in our surgery for months, and was eventually adopted by one of the other veterinary assistants.

Five years after joining the practice, I decided to apply for a PhD, encouraged by some of the staff who had taught me during my undergraduate degree. I joined Bristol vet school where I undertook studies on equine gut immunology, followed by bovine mastitis and immunity in the mammary gland.

I was fortunate to join a vibrant, large and enthusiastic group of immunologists, epidemiologists and clinicians at that time. Research money was relatively freely available and we worked in shifts to maximise access to scientific equipment and bench space due to the numbers of researchers around. I always wondered if I would return to practice after the PhD but, by then, I had been bitten by the research bug.

Professor Max Murray, of Glasgow vet school, informed me of a post as farm animal clinical lecturer in his department, thus stimulating the move back to my alma mater after 11 years south of the border.

Recognising the importance of veterinary research

This appointment started the busiest time of my career, establishing teaching, maintaining research activity, undertaking clinical duties, and being a mother to two young boys; it all provided significant workload and challenges. I managed to maintain some kind of work-life balance but only just!

My research continued to focus on endemic diseases of ruminants, especially mastitis, and I was fortunate to join up with a number of my colleagues from Bristol on various projects. The project that had greatest impact on me personally, and also on my career eventually, was when I was funded by the Department for International Development (DFiD) to undertake a study in Tanzania.

The work focused on tickborne diseases and mastitis and milk quality. It provided me with an opportunity to meet up with Dominic Kambarage – one of my old PhD pals, who had since become the dean of Sokoine University of Agriculture in Morogoro. Drinking a beer in the warm, humid climate of East Africa, and chatting about veterinary issues, reminded me of the closeknit community of vets working in research globally. 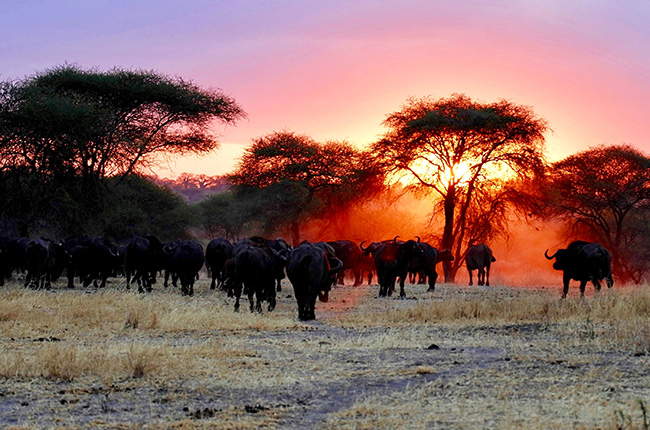 Working with the people of Tanzania, I saw for myself the importance of small numbers of animals to families and communities; the risk of multiple infectious diseases to animals and humans and the ever-present smiles and welcome of the villagers and pastoralists. These factors convinced me of the importance of the veterinary research and development work that so many people, organisations and funding bodies achieve across the world.

In 2004, I applied for the post of scientific director of the Moredun Research Institute and also became the CEO of the Moredun Group in Edinburgh, which encompasses a number of charities and companies. They focus on increasing global food security through prevention of infectious diseases of livestock species. I will never forget the telephone call informing me that I was to be the seventh director of the Institute since its formation in 1920 – the fourth Glasgow vet to hold the post – and the first woman.

I am fortunate to have one of the best veterinary jobs in the world. One of the main reasons for this being my dream job is that it combines policy-focused strategic research on livestock disease with knowledge exchange and commercialisation – to provide vaccines, diagnostic tests and disease control programmes. From my early days as a general practitioner, I wanted to be part of a team that produced tools that farmers, vets and the livestock themselves would benefit from.

Concerns about the future for research funding

As professor of food security at the College of Medical, Veterinary Medicine and Life Sciences at the University of Glasgow (alongside my role as director of Moredun), I have the opportunity to promote the close link between livestock species and the sustainable production of high quality, safe food.

Key to this is research on detection and prevention of disease and development of technologies that will help communities to feed themselves. I have been involved with GALVmed (the Global Alliance for Livestock Veterinary Medicines), funded by The Bill and Melinda Gates Foundation and DFiD, for many years.

I love its practical and determined focus to bring disease preventing products and tools to poor livestock keepers – products that would not exist under normal commercial business.

The funding of veterinary research and development is critical and there has never been a greater need for investment into disease prevention, from both an animal welfare perspective and from a human health angle, especially in reducing reliance on the use of antimicrobial drugs and replacing them, where possible, with preventive approaches to disease control.

I try to bring the importance of animal science to wider access through my chairmanship of the Scottish Food Commission (SFC) and as chair of the UK Partnership for Animal and Plant Health. It's a great opportunity to work with inspirational individuals and teams across all aspects of science, and in the case of the SFC, with those who are involved in bringing improved education, health and wellbeing to all through the support of ‘The Good Food Nation’.

I loved working again with leading vets and farmers who acted as chairmen of our boards, including Peter Wells, Lord Trees (Sandy), John Ross, Ian Duncan Millar, and John Jeffrey (the famous Number 8 of Scottish rugby in the 1980s). I have to say that working with JJ (or the ‘white shark’ as he was known) was my only achievement that made a mark on our rugby-mad boys.

I am fortunate indeed to work with many scientists of international renown, who have contributed to the fantastic work that Moredun and its many collaborators have produced over the decades. Many of the vaccines we use in farm animals across the world have their origins in Moredun's farmer-led research.

A recent success is our vaccine against the ovine abomasal nematode Haemonchus contortus. Named Barbervax, the vaccine is on sale in Australia and South Africa, and is only the second veterinary vaccine to be produced against a nematode worm. Coupled with the success of developing Dictol, some have been stimulated to say ‘Scotland 2, Rest of the World 0’. Sadly, this achievement is not matched by Scotland's performance in the World Cup qualifiers!

In my post-student days, we didn't generally do gap years, so I was a latecomer to international travel, but I've been fortunate to work on research projects with buffalo in India, indigenous pigs in Vietnam, and merino sheep in Australia, to name a few memorable examples. This all seems a long way from my Pony Club days in Ayrshire.

Things do come full circle though, and last week I attended an interesting meeting of the Hannah Research Foundation Trust, which supports research into animal and human nutrition in health and disease and, appropriately, is based near Ayr. Another trustee, now Professor Sir James Armour, and still highly active and engaged in his late eighties, was there on the board, and yes, we were discussing dairy farming research in the heart of what was the original home of the milking cow in Scotland.

I have never tired of being a vet and a veterinary researcher, even though it has been tiring on many occasions. I count myself lucky indeed to wake up each working day to wonder about the interesting issues I will face.