Launching a veterinary brand in China 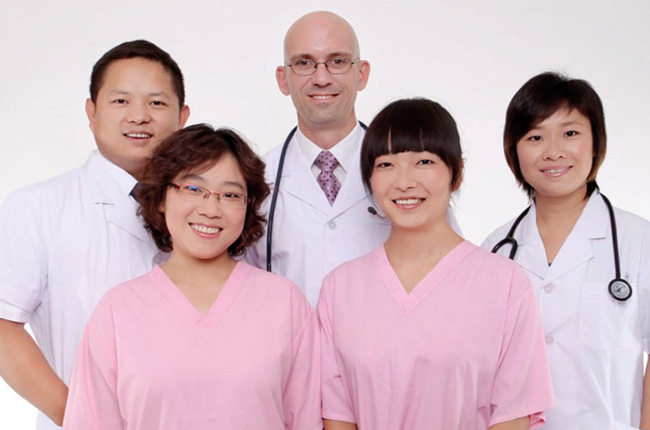 Within four months of arriving in Hong Kong in 2004 I knew I wanted to set up practices in China. I quickly realised that I first needed to work in China to get a greater understanding of the profession, so I spent the next 18 months writing a business plan while gaining some experience.

The companion animal owners of China’s east coast region – Beijing, Shanghai, Guangzhou and Shenzhen – were the first generation of people to live with their pets and be willing to pay for veterinary treatment. Previously, there had been village street dogs and low budgets. Treatments were based on a combination of traditional Chinese and human medicine. For example, surgical gloves were kept in a bucket of hypochlorite solution, enflurane was used for anaesthesia, and the licensed antibiotics were gentamicin and amikacin. Three-hour drip therapies were the treatment of choice for the majority of ailments, with cats and dogs receiving cocktails nose-to-nose in the treatment rooms. Distemper and parvovirus were rife. My admiration for the vet profession in China was boundless. They were dedicated and hardworking, and hungry for education and status.

The average monthly salary then for a Chinese vet was £300. Vets didn’t charge a consultation fee and could never send a pet out of the door healthy, otherwise how would they feed their family?

Vet practice in the People’s Republic of China

The government’s veterinary bureau was situated within Beijing’s Guanshang Animal Hospital (BGAH), the city’s largest and most progressive vet hospital. The hospital director was Ling Feng Jun, a smiling Communist Party member adorned in the Chinese version of Armani.

As in many other countries, regulations vary between provinces. In Shanghai, getting approved as a Western vet was simple, but in Beijing the rules were greyer: the clause governing the working of a foreign vet was referred to, but not actually written and was always trumped by government endorsement.

Learning that my first self-governed clinic would be situated in a first floor unit (instead of on the ground floor with road access, as had been agreed) was my first experience of the shifting sands that are the reality of working in China.

My clinic in Beijing was actually a branch of Shanghai Paw – one of the first Western clinics in China. It was led by British vet James Holder, who taught me lots clinically and opened my eyes to the ‘China experience’. Our local translator was Aling. The opportunity to open a clinic in Beijing had arisen through the relationship between Aling and Dr Ling.

'Despite being only a few years graduated, I was arguably one of the most experienced vets in northern China'

Vet Yi Bing Shi (Shi meaning Stone) was Dr Ling’s assistant; he was the only member of staff in the BGAH who spoke English. He epitomised the Chinese veterinary profession – he was hungry, passionate and entrepreneurial. We worked side-by-side for a year until he left to set up his own hospital.

Despite being only a few years graduated, I was arguably one of the most experienced vets in the region. For this reason, second-, third-, even 10th-opinion cases came through my door. My experience soared.

Within a year of my arrival in Beijing I opened a satellite clinic in the suburbs where the majority of my expat clients lived. Six weeks later, Dr Ling was replaced as hospital director and my satellite clinic closed. The reverberations of these events extended into the following year. Aling was ejected from ‘Paw’ and I was not paid for the summer months of 2008.

Over the following years such cataclysmic events became the norm, although at the time they were a steep learning curve. Having spent two years developing a client base in China I wasn’t going to give up.

I launched a house-call veterinary service in Beijing. It was winter, the temperature was –14° and I drove to my clients in a 20-year-old Cherokee Jeep, wrapped in a sleeping bag.

Looking for a business partner, I decided to approach Dr Stone in the spring, but not before I had been threatened with knee-capping.

To put it simply, in 2009 business was war. The business environment didn’t respect contracts or have legal support. It was based on guanxi or ‘relationships’ and, while these had great integrity, it was a cut-throat environment that Westerners struggled to navigate. Despite that, we opened four ‘Doctors Beck and Stone’ clinics in Beijing in 2009.

A few months later, a competitor apparently convinced the Beijing visa bureau that I was a spy and I was visa blocked out of China for two years. I ended up managing my client base from Hong Kong using telemedicine and Skype through Dr Stone until the visa block was investigated and revoked.

In practice, my competitive advantage was two-fold. First, the level of service I offered was second to none. My first job at the Shrubbery Veterinary Clinic in Gravesend, Kent, had given me an excellent grounding in the concept that vets are service providers first.

Second, I took a systematic approach to cases, adopting the SOAP format (subjective, objective, assessment and plan/differential diagnosis) as we had been taught.

Soon, I was being invited to present lectures across the country, encouraging vets to take a Western approach to cases, as well as maximising treatment compliance through client engagement.

After finding an angel investor we were able to expand our high-end brand – first to Shanghai, and then Guangzhou and Shenzhen. Our goal was to open transparent glass, hygienic white hospitals, which by then was synergistic with the government’s own drive to mature the industry. It launched ‘pet vet’ exams to add an additional layer of qualification for small animal vets.

Our business was built on excellent team management and training based on Western standards.

They were both wonderful and stressful days. Our hospitals spanned 4500 km: I was our lead orthopaedic surgeon and would commonly land in a city in the morning, perform a surgery and fly out again in the evening. Our hospitals were performing cutting-edge surgeries, although complex surgeries were performed by visiting specialists Michael Hamilton and Adrian Wallace.

In 2015, we raised further investment and expanded into Hong Kong and Singapore; by now we were employing close to 200 staff.

Initially, Doctors Beck and Stone clinics were run through centralised governance, which moved towards a more individual business unit approach under a corporate structure. The corporate mentality was a shock to the system. The senior management team was used to doing things its own way; however, with investment came a level of expectation and management reporting. I was flexible enough to make the transition – some of our senior managers were not.

Go big or get out

A corporate competitor started expanding in 2013. Ruipeng began as a small group of veterinary clinics in Shenzhen with an excellent company culture. As we expanded to Hong Kong, it expanded north to Shanghai and beyond. By 2018 it had 800 clinics and offered a good service backed by protocols and training. It also put upward pressure on salaries, and while we had always paid our vets well, salaries were trebling. We had to go big or get out. We decided to sell our practices in China to Ruipeng: the hospitals are still managed by Dr Stone as Ruipeng’s premier brand.

I am now the part-time pro-bono clinical director of the charity No Dogs Left Behind (see below) and have the deepest admiration for the lengths the teams go to – in China and the USA – to rescue and protect dogs and educate people.

'China has been the making of me. We are proud to have led from the front, exhibiting how charging for intellectual property and running shiny, clean, high-standard hospitals could provide a better living'

Leading from the front

China has been the making of me.

Dr Stone and I are proud to have led from the front, exhibiting how charging for intellectual property and running shiny, clean, high-standard hospitals could providea better living. As a board member of the Beijing Small Animal Veterinary Association, Luis Liu, recognised: ‘Doctors Beck and Stone helped change an industry.’

I continue to be addicted to the contribution that an individual can make to the standards of clinical care and the life of pets in China.

Practice owners should recognise themselves as entrepreneurs and clarify the deliverable competitive advantage they offer. If you focus on delivering that strategy as well as you can, you will succeed – overcoming every setback, every naysayer – you will win, even through these Covid-19 times.

No dogs left behind

In May 2016, I was asked to help out at a shelter. When I arrived, I found a warehouse with 500–600 dogs in cages stacked to the ceiling. There was rubbish and all manner of detritus around. I instigated quarantine procedures and negotiated mass vaccination, but when 10 or 11 local people arrived to strong-arm the ‘rescue’ of 100 dogs, I found myself faced with nose-to-nose aggression. Outnumbered, I had to let the dogs go to who knows where. A few days later – out of the blue – an American, Jeff Beri, rang me to offer help: I bluntly told him that the only thing he could do to help would be to come to China. He arrived three days later, built a shelter for the dogs and went on to found ‘No Dogs Left Behind’, a charity that focuses on eradicating the dog meat trade in Asia, highlighting the need for sustainability across China and finding dogs forever homes in the USA.

2008: Set up a house-call vet service in Beijing

2015: Expanded into Singapore and Hong Kong

2016: Invited to get involved in charity, No Dogs Left Behind

2018: Group of practices sold to a corporate