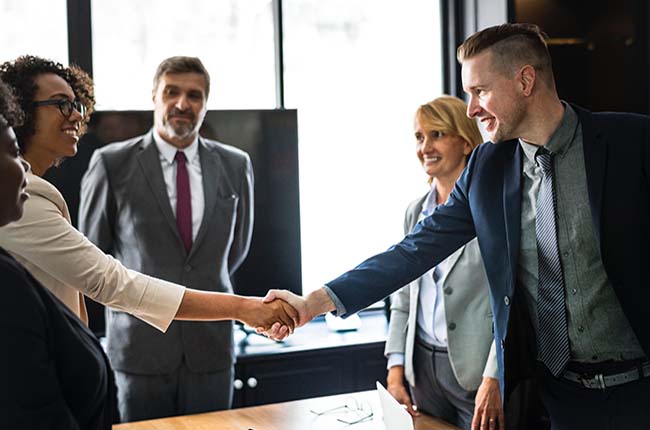 New graduates need to learn how to build up a good CV and how to approach an interview; however, before discussing this, I want to share some personal interview low points, which I hope will help others avoid similar pitfalls.

My first interview low was over 20 years ago when I applied for a position with a Ford dealership. After what was a relatively short interview, comprised of lots erms, aahs, and yes and no answers, I was asked ‘Do you have any questions?’. The only thing that sprang to mind was my holiday entitlement. Unsurprisingly, I did not get the job. I had failed to prepare for any questions coming from the interviewer, failed to research the company and failed to prepare any questions to ask. Clearly, I appeared disinterested, which in fact was very far from the truth.

The second low came halfway through a panel interview involving 6 people, with Leeds Bradford Airport, where I had made the final cut for a new position of commercial manager. Unexpectedly I was asked, ‘Tell me about your childhood. Did you have a happy childhood?’ Looking somewhat perplexed, I answered ‘Yes’. To this date I do not know why they asked the question. Perhaps I was supposed to say the best memories were jetting off on holiday and spending my parents' money at the airport. The question threw me and the interview went downhill from there. I had failed to be prepared for obscure questions. Again, I did not get the job.

"Clearly, I appeared disinterested, which in fact was very far from the truth"

The final occasion was actually my last interview before becoming self employed; however, on this occasion I did get the job. Again, I had made the final cut, for Vets4Pets as a partner recruitment manager, which again was a new position. I had made it through an initial telephone interview, and was now due to meet the panel at a hotel in Birmingham.

I had been ignoring a low pressure warning on my car for a few days. On the morning of the interview, while filling up with diesel, I noticed a nail in my tyre, presumably the source of the warning. Already running short of time, I had to decide between changing the wheel or risking a blowout during the journey. After deciding to change the wheel, I was desperately short of time, and I also had to buy a shirt and tie to replace the dirty items I was now wearing. I had failed to prepare myself for the journey, leaving me panicking for the two-hour drive to Birmingham. Not the best start to an interview.

Approaching the veterinary job market as a recent graduate

Every year hundreds of veterinary students and veterinary nurses are released onto the market place. Particularly in the case of vets, the job market now is very different from when they were considering applying to university several years ago. Many of these individuals have never had to apply for a ‘proper job’ and this will be the first CV they have needed to write. With fewer new graduate vacancies around, it is more important than ever that candidates not only know how to write a CV, but how to write one that will grab the reader's attention more than all the others. They also need to be fully prepared for what to expect in their first interviews.

This year, Barony College, now part of Scotland's Rural College, asked us to deliver an employment workshop tackling these points with its final-year students. This was followed by similar visits to the Royal Dick vet school in Edinburgh, and, most recently, the College of Animal Welfare in Potters Bar and Godmanchester. Since the workshops, and after useful feedback, we have adapted the training to meet the needs of the students.

"It is more important than ever that candidates not only know how to write a CV, but how to write one that will grab the reader's attention"

In relation to CVs, we have written an interactive session that requires the students to propel themselves a few years ahead to when they are recruiting staff. We ask them to review a number of CVs and from them to select candidates to interview. The students have a very short time to do this; after all, the average time an employer looks at a CV is only a few seconds. The results were quite stark and gave the students the opportunity to see what works on a CV and what does not. The positives they took from the exercise included the variety of communication methods, the use of clear fonts, clearly laid out sections – including the required detail – as well as things often left off veterinary CVs, such as previous, non-related work experience and a short, punchy profile to grab the reader in a few lines.

In my experience, so many people freeze when asked very basic questions relating to their current positions. Doubtless, given time the answers would come, but an employer expects a quick response. This gave us the basis of a workshop in relation to the interview process. Here, we stress the need for preparing for routine questions, listing daily tasks, achievements, etc, but also being prepared for ad-hoc questions (such as the happy childhood one of my own experience). Putting pen to paper a few days before an interview will usually allow candidates to remember these points during the stressful event of an interview.