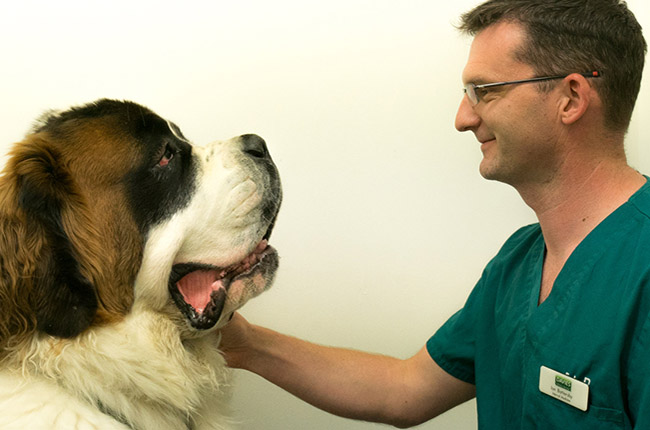 Did you have a career plan upon graduating?

Looking back, I am a little embarrassed to say that I had no structured plan to end up where I am today! After graduation, I initially wanted to experience mixed practice and ended up spending a year doing this. I eventually gravitated towards the work I found most interesting, which was small animal practice and ultimately medicine.

I like to learn new skills and problem solve, hence my initial attraction to medicine. I was motivated to do a residency because as a final year student, I thought residents had interesting and varied jobs – they taught, learnt and dealt with interesting cases

How long did it take you to specialise?

I did a residency at the University of Bristol, which took me four years. The hours were long, but I worked with a great team. I became a RCVS specialist in small animal medicine in 2007 and a European veterinary specialist in 2005. I do value that I got to spend some time in practice and still reflect on the important experiences I gained.

Financially, I had to take a significant pay cut to do my residency. My personal experience taught me that you have to pretty much put your life on hold during your residency. During my busiest weeks, I would be doing 60-80 hours of work with on call duties and studying. Because of this, there is an understandable desire to complete the residency straight away. However, I believe that the profession needs to address the need for alternative residency options that can be completed over longer periods of time or part time. I think this may increase the number of vets who choose to specialise. The ­­current intensiveness of a residency coupled with the significant debt of veterinary tuition fees is enough to put prospective specialists off.

"When I look back at my younger self, I imagine I would be amazed that I have ended up here"

In order to maintain my RCVS and European specialist statuses, I have to been re-accredited every five years. Re-accreditation is assessed via a point system, whereby points are awarded from attending conferences, writing articles, giving lectures, training residents and being part of relevant committees.

Can you tell us about some other opportunities you’ve had throughout your career?

I was involved in the Small Animal Medicine Society for 10 years and on the BSAVA Education committee for three years. I developed the PROTECT scheme in 2012 and continue to be involved through the PROTECT ME antibiotic use tool kit. I enjoy ONE HEALTH and was approached in 2013 by the founder of Mission Rabies, Luke Gamble, to get involved with the organisation. I am now chairman of the charity, which is a massive honour for me. I also represent the BSAVA and BVA on Defra’s Core Rabies Group, which reviews policy on rabies risks in the UK.  A big career highlight was giving the first ‘Fellows in Focus’ talk for Mission Rabies in 2017.

For me, it was a tough decision choosing whether to work in practice at Davies or to stay at the University of Bristol after my residency. It was the opportunity to learn and challenge myself in a different team that ultimately drew me to Davies. 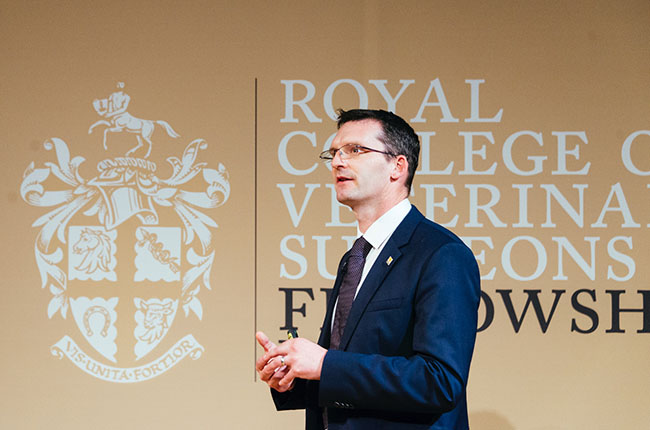 I began my career at Davies 14 years ago as a clinician. I developed new initiatives within the practice, eventually becoming a director. I currently lead the medicine team and am also a member of the senior leadership team. When I look back at my younger self, I imagine I would be amazed that I have ended up here. Back then I was nervous about trying new things, but my career journey has taught me that it you find something interesting, it’s always worth giving it a go.

Perhaps my early reticence was because I am dyslexic and had to work hard at school to confront it. However, Dyslexia can give you different ways of thinking which I see as a bonus. My daughter has recently been diagnosed and I am keen to shine a positive light on the up sides, because there certainly are some.

Although in an ideal world it would be nice to be able to work fewer hours, I do feel that I have a good work-life balance. I am married with two young children and like to spend time with my family. I manage to fit in weekend cycle rides, Pilates and holidays where possible.