From veterinary nurse to practice manager 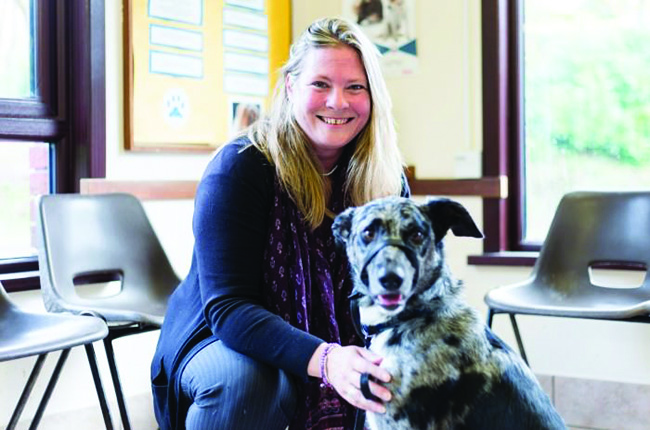 I was part of the Herriot generation having been introduced to the veterinary profession through the books. Growing up I was animal mad and, over the years, we kept dogs, cats, ponies, goats and chickens. From the age of 11 I knew I wanted to work in the veterinary profession, but the opportunities and information around veterinary careers were not brilliant and I was discouraged by my careers adviser. So, two weeks after leaving school, with a handful of mediocre O levels, I walked into my local veterinary practice and asked for a job.

This was in the days of the Youth Training Scheme – an on-the-job training scheme – through which I was employed and paid £24.25 a week by the government. I also spent one day a week completing a kennel staff training certificate while studying to resit O level biology. It was while I was working in the profession that I found out about what seemed to me to be one of the best kept secrets of all time – the veterinary nurse qualification. I talked my employer into becoming a training centre and promised it would be a good investment . . . 32 years later I am still there, so I hope they still think so.

I was (and still am) passionate about the veterinary nursing profession. I qualified in 1989 and have been part of the evolution of the VN role following the Schedule 3 amendment to the Veterinary Surgeons Act. For me, as a professional, the trust and respect I gained from our clients gave me the most satisfaction; they knew we would do our utmost to care for their valued family member.

Watching animals recover and leave the surgery with their family is a feeling you never get tired of. It has been hard for some VNs to get recognition for their qualification and to be allowed to carry out the job they trained for. Although this is improving all the time, there is still work to be done.

I was head nurse at the practice for many years and as the business grew my role gradually changed into a management job. I felt frustrated that clinical work was getting in the way of my management responsibilities and juggling both meant that I wasn't doing justice to either.

In 2004, I made the formal move to become a practice manager, although at the time I had no formal training or qualifications. Then, my role involved mainly dealing with day-to-day operational issues, client care and accounts, health and safety and some human resources. Areas where I had knowledge gaps included strategy, company accounts and finance. To make up for these weaknesses and to add to the skills and knowledge I did have, in 2010, I gained a Level 5 diploma in management and attained the Veterinary Practice Management Association's Certificate in Veterinary Practice Management.

My working life was settled when Pelyn Veterinary Group merged with Harleigh Vets and Churchend Veterinary Centre to form Kernow Veterinary Group. I was involved in the business processes, keeping clients informed and making sure that the group's accounting and banking ran smoothly. We later had to merge three practice management systems, which proved to be a very steep learning curve. More importantly, though, I needed to be a voice of reason and calm for the staff who experienced huge change – overnight. Looking back, it was a traumatic time and I think we underestimated the different cultures that existed within what were, to all intents and purposes, similar businesses. As an employee rather than a director it enabled me to have some degree of empathy with the staff.

My biggest challenge was to develop a thick skin and keep my nerve. Having worked and grown up within the same team for 30 years, I suddenly had to manage people that I didn't know. I was fortunate, though, that I had been an internal verifier for Duchy College's veterinary nursing course and had worked with the practices, having been involved in their training.

I spent the first year at least earning the trust of the teams, including my new employers. I was wary of enforcing change and tried to engage the teams in decision-making so that they felt some element of control and buy-in to the new business. I made time to sit down with every member of the support team to listen to their concerns and discuss opportunities for career development.

Helping people deal with change as a practice manager

For anyone in a similar position, I would recommend being aware of the different ways people deal with change. Be prepared to do lots of listening and don't make promises you can't keep. And, if you can make quick, easy changes, do so. One example of this was that I had a nursing team that was desperate to have a consultation room so that the VNs didn't have to hold clinics in the waiting room. They had an idea that a practice store cupboard could be converted easily. We ripped out a few shelves and gave the room a coat of paint and they had a new nurse consult room overnight. It's not perfect, but it's theirs.

The first team to be centralised was the administration team, which I work closely with. We have taken on two new assistants within this team as the workload has grown.

Communication is key as a practice manager

I have had to learn to delegate administrative tasks to members of our team in each branch and we have six-weekly meetings to ensure things run smoothly. We are gradually evolving the structure; for example, I have a clinical lead nurse and a lead receptionist in each branch, but we have a support team leader for the whole group who deals with rotas, training and day-to-day issues. 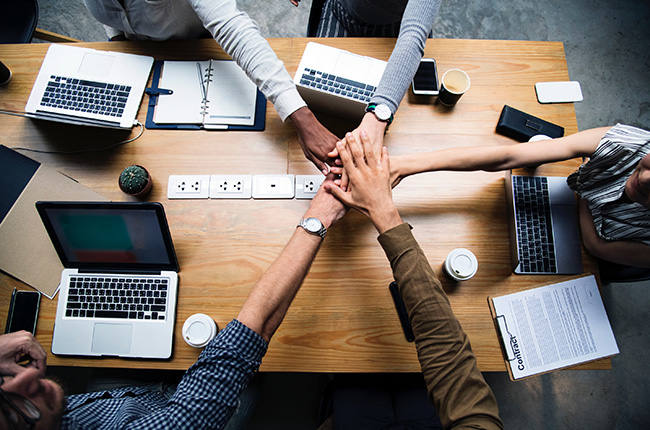 Communication is a big challenge in any veterinary profession

We also have six-weekly meetings for the senior nursing team as well as for the clinical and reception teams; if I can't attend one I make sure I get copies of the action points and make sure things get followed up. We have a closed Facebook page for the group and it is very effective in getting information to people. We also have a team newsletter that is compiled every two to three weeks (and is generally found posted on the back of the toilet doors!).

Communication is our biggest challenge and we are constantly looking for ways to make it more effective.

I joined VPMA in 1996 while I was head nurse – if anyone had told me that I would serve as its president one day, I wouldn't have believed them.

At the time, I needed information on management issues – particularly human resources.

It was a good place to get information and I quickly realised that most practices had similar issues and challenges. At VPMA congresses I found a network of friends and sources of support.

"I enjoyed my year as president so much that I'm doing a second!"

I was asked to join the council in 2013 in a new role of ‘regional co-ordinator’, to help the association raise its profile. Being asked to stand for the presidency was a great honour and I wanted to show that hard work and determination can help you rise to the top of your career (despite humble beginnings and a handful of woeful O levels). I also wanted to raise the profile of VNs who were moving into management roles and develop the best ways to support them.

In fact, I enjoyed my year as president so much that I'm doing a second! This is mainly because I want to see a number of projects to fruition. Apart from chairing and leading the VPMA board and secretariat, the president represents the association. I use these opportunities to give the association a voice, travel and meet interesting people.

As president, you are asked your opinion on various issues and, on occasions, there is some media work involved. In this way, I have been given the opportunity to be involved with and influence some aspects of the veterinary profession. For example, I am currently involved on a working party looking at Schedule 3 procedures.

I would encourage anyone who is passionate about their profession, or who wants to effect change, to get involved.