From the army to equine practice 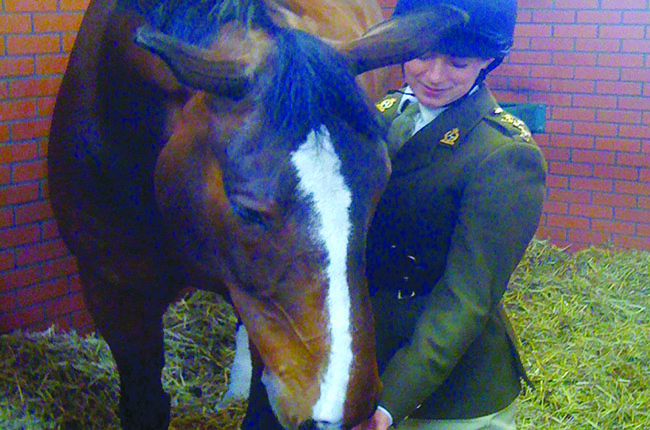 On graduation I already had my place in the Royal Army Veterinary Corps (RAVC) secured and was looking forward to a summer of fun before officer training.

My friend and I headed off to Thailand to experience travelling and to volunteer at a stray dog shelter/vet centre. It was there that we gained a real appreciation that having a solid understanding of core principles, such as asepsis and patient recognition, were far more important than technical expertise and equipment.

Arriving home, I was disappointed to find that my father was not supportive of my plan to work the summer in a local bar, and I was swiftly packed off to locum at the PDSA for a month.

As a new graduate, this was a great experience. I was extremely well supported by the vets and nurses who kindly guided me through my first few weeks as a ‘real’ vet. I still remember the pleasure when animals in my care got better, but won’t ever forget a very awkward moment when an owner asked me when he would be able to breed from his cat during a neutering discharge consult.

I hadn’t considered joining the Army until my final year of university, but it seemed like a good way to combine being a vet with the opportunity to continue playing lots of sports and a chance to travel. I also have a lot of family and friends in the forces and I liked the look of their careers – so I decided to join up.

Following a brief stint at Sandhurst – involving a large number of press-ups, a lot of time spent in freezing cold water, and a large percentage of my body being covered in bruises – I commissioned with a firm appreciation of teamwork and a terrifying realisation of what was expected of me. I also felt enormous gratitude towards my course mates for supporting me through the process.

My Army career began in Germany. The first challenge – for a colleague and I, who were both newly qualified – was responsibility for running the vet hospital, alongside developing our skills as officers. I now realise we were extremely fortunate to have a strong support network and the soldiers made sure were in the right place at the right time – wearing roughly the right uniform.

"I hadn’t considered joining the Army until my final year of university, but it seemed like a good way to combine being a vet with the opportunity to continue playing lots of sports and a chance to travel"

While the unit deployed to Afghanistan, I held the fort in Germany. The deployed soldiers untiringly trained and used military working dogs, saving countless lives in the most hostile conditions. I felt unbelievably proud of the men and women I worked with and extremely relieved when they returned safely.

Back in the UK, I joined the Defence Animal Training Regiment (DATR) at Melton Mowbray. We had close support from Nottingham University vet school, which uses the DATR as a clinical associate. In turn, I had the opportunity to teach basic clinical skills to vet students, which started a real enjoyment of mentoring.

I then moved to London to join The King’s Troop Royal Horse Artillery (RHA) and the Household Cavalry. My time with the ceremonial units was fantastic. The rumble of the guns of The King’s Troop RHA will always give me a massive adrenaline rush.

Riding in the Standards’ Parade on Horse Guards Parade in full ceremonial kit, sneaking in to be a part of the musical ride at Shrewsbury Flower Show (I’m not sure the riding master knows about that one) and the camaraderie and antics with the farriers in the forge will always be treasured memories.

The development of formal training in large animal rescues with the British Animal Rescue and Trauma Care Association (BARTA) alongside Hampshire Fire and Rescue, was a proud achievement. It led to some successful outcomes – especially the owner of a Porsche who found a large cavalry horse wedged under his car (horse and car escaped unharmed).

A trip to Jordan to advise on stable design turned into a study of colic deaths, abortion storms and nutritional disorders, which tested my memory and my communication skills, but again forced me to get back to basics as we had no imaging, sedatives or lab facilities.

I’ve been in equine practice for a year now. I’ve faced new challenges, learnt a lot and have met some fantastically inspirational people, offering the same support, friendship and entertainment as I found in the Army.

As for the future, I’m looking forward to having the opportunity to mentor junior vets coming into the profession and giving them the same support I have been shown throughout my career. I hope to continue to work alongside BARTA, developing its training packages. And I’m very excited to have been nominated as the veterinary practitioner trustee for The Horse Trust. Apart from supporting the charity’s valuable work, I get the chance to visit a few of my old patients in their retirement.

My advice to anyone joining the profession is to remember the basics. Don’t overcomplicate things and don’t be too hard on yourself – you won’t be the first or last person that whatever it is has happened to.

Most importantly, though, look after each other – be generous with your strengths, surround yourself with supportive friends and colleagues and make sure you are never too far from a cup of tea.