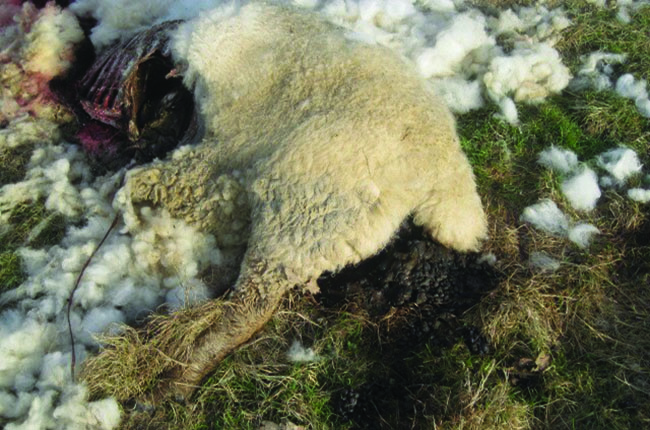 The Animal Welfare Foundation (AWF) is engaging with undergraduates to build awareness of its work, and a number of the trustees have visited the vet schools to talk to students about their areas of interest or expertise. As a trustee myself, I offered to share my experiences in veterinary forensics, emphasising how any one of the students could find themselves involved in an actual or potential court case.

As a VIO with the AHVLA, I managed the regional laboratory's animal welfare programme. This covered forensic involvement in actual or potential animal welfare prosecution cases in which either postmortem examination or routine laboratory testing and interpretation might be required. Some of these culminated in court cases where I was called upon to present my findings under cross examination.

It was during these court appearances that I saw first hand the problems that some young (and not so young) graduates faced under cross examination, with one veterinary practitioner finishing up in tears as her evidence was literally torn apart, mainly due to its overall inadequacy.

What is veterinary forensic evidence?

Veterinary forensic work can encompass both ends of this spectrum, but it was the boxes full of documents scenario that I used as my initial example to the Edinburgh undergraduates. I reminded them that, in their everyday work in practice, they will be gathering potential forensic evidence via their daily personal and on-farm record keeping such as diary entries, clinical records, locomotion scoring and invoicing. Equally, they will also create their own forensic ‘footprint’ as they develop and design herd health plans, such as treatment and preventative measure protocols, for each farm they are involved with.

The majority of litigation cases involving new graduates result from investigation into cases of animal cruelty/neglect, or where an owner or keeper has failed to meet the welfare needs of an animal under the Animal Welfare Act 2006, and has been reported to Defra/AHVLA/RSPCA. Their involvement may be to provide veterinary input to an investigation on a farm that has no nominated vet; to animals with no known owner; or to a farm that is already a client of the practice. It is this last scenario that could potentially result in a young graduate being drawn into the case, whether they attend at that stage or not. A defence that may be adopted by the farm under investigation is that a vet had seen or advised on the animal/animals previously, and, if the case subsequently progresses, farm data including treatment/examination/preventative measure protocols could become part of the case. My advice to all new graduates is to develop and maintain a logical and methodical approach to their work – no-one enjoys recording for the sake of recording, but it is always important to ensure accuracy in any information committed to paper or electronic media – you never know when it might rear its head again in the future.

If a young graduate finds themself involved in a potential case (and the clue that a welfare infringement might be being investigated may depend on from whom the request originated – AHVLA, RSPCA or a local authority), here are a few do's and don'ts that may help.

Finally, if a case goes to court, ensure that you have the relevant case notes, photographs, lab test results and any other documents with you, such as your witness statement for the appearance itself. Prepare to be cross-examined by the prosecution and defence, remain calm and answer clearly, logically and truthfully. You are not there to win a case for the prosecution or defence even if called by one or the other – you are there to give your professional opinion as a veterinary surgeon (as distinct from a witness of fact or an expert witness), to aid the court in reaching its verdict.

The RCVS website gives some excellent guidance on this subject within its Code of Professional Conduct, section 22, ‘Giving evidence for court.’