EMS at the BVA: A students experience 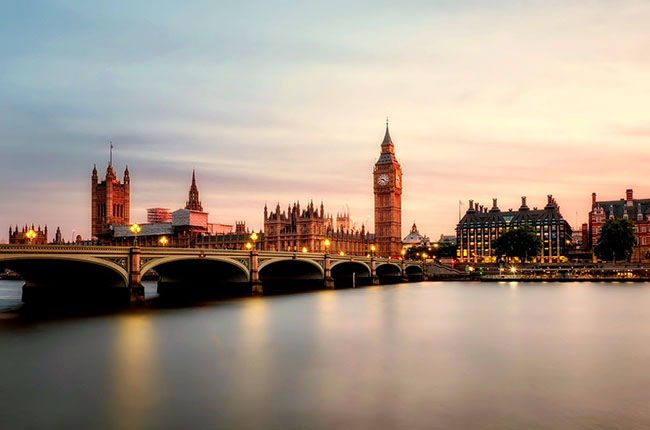 As a vet student on EMS, I have usually found myself donning either scrubs or wellies and honing the everyday skills of a veterinary surgeon in practice. I’ve spent most of my weeks on placement learning vital talents, ranging from surgery to building client relationships, whilst fully appreciating the diverse and impressive roles veterinary GPs play every day.

This past week however has been an astonishing experience, one of championing the veterinary profession, teasing out very real issues and recognising how to proactively tackle them. Instead of a dairy parlour, an impressive London townhouse and Parliament has been my playground. This week I have been shadowing the British Veterinary Association, attending meetings and discussions on a plethora of very tangible issues affecting the profession today. Behind the campaigns and press releases, BVA HQ is a continuous buzzing hub of operations to improve the profession, benefitting both members and animal welfare.

A crash course in campaigning

Monday morning kicked off with a meeting with the Animal Health and Welfare Board for England to discuss how to further tackle BVA’s non-stun slaughter campaign. This is a campaign that BVA are really championing, and quite rightly so when you look at the support and engagement from the veterinary profession. Currently some meat is slaughtered without prior stunning or by using low stunning, which renders the animal electro-immobilised but not necessarily unconscious. The meeting was dedicated to finding very real solutions and routes through which to approach and engage the Government. I was amazed to be observing vets who were not only using their medical and welfare training, but also understanding the law and issues surrounding it, the difficulty of it being perceived to be associated with religion (when it is a separate animal welfare issue), and the immense politics behind it.

A Workforce Research meeting with notable attendees working collaboratively with the BVA dominated Tuesday. The meeting looked at various aspects of the profession, from the obvious gendered change right through to the adaption required to reflect modern society views on work-life balance. It was incredibly innovative with ideas to be primarily addressed reflecting past BVA member survey results. In the evening we attended the All Party Parliamentary Group on Animal Welfare in the House of Lords for a round table discussion on sheep worrying by dogs. This was a unique experience, and though being accustomed to a city of historic architecture, I was not prepared for the exciting nucleus of politics set within the ornate walls of Westminster’s House of Lords. The meeting was eye-opening with reports from many different divisions, including farmers and the police force. It was very well attended by Lords and Members of Parliament, who showed their support alongside the BVA for an important issue facing British farmers.

On Wednesday I was privileged to join the BVA’s Farm Assurance working group who are aiming to celebrate and continually improve the UK’s high animal welfare standards. Following this I experienced the work of the scrutineers behind the Canine Health Schemes, which is used daily by vets in practice. We were then due to attend Westminster for meetings on CCTV at slaughterhouses and the captivity of wild animals in the UK, however this coincided with the attack on Westminster. I wanted to mention this sad event to highlight that, like the rest of London, the BVA rallied to continue their work on our behalf even at a time of crisis.

Behind the scenes at the BVA

Thursday allowed me to better understand the structure of the BVA, meeting several members of the team who provide the backbone and enthusiasm to our association behind the scenes. Their varied skills work synergistically to keep the BVA at the forefront of veterinary issues. One of the issues I particularly enjoyed getting involved in was the BVA’s brachycephalic campaign, promoted by the President Gudrun to empower veterinary voices in practice and highlight the dramatic welfare issues present. I really understood the worth of the BVA in this regard, not just to promote animal health and welfare, but in being a strong professional body supporting and reinforcing its practitioners’ views in everyday practice.

Friday was my final day, and if you have followed the enthusiasm of my account so far, you will not be surprised to learn I was not ready to leave! In the morning I attended the Kennel Club HQ for the Canine and Feline Sector Council Group to discuss animal licensing. Following this we returned to Westminster for the National Companion Animal Focus Group meeting with DEFRA to continue this issue and collaboratively work with the Government to produce an optimum outcome.

Representation on a national scale

Shadowing the BVA this past week has been an incomparable experience; I’ve been incredibly privileged to see veterinary issues and resolutions unfold before me. They truly represent us around the clock, listening to and voicing our views on a national scale, driving the standards of animal welfare to continually improve, and persistently horizon scanning for the latest issues that affect us on the ground. I was impressed and inspired by the figures I met and worked alongside; the drive and momentum behind each project is tireless, and continually utilises veterinary, parliamentary and collaborative skills. After one of the best weeks of EMS, a big thank you to the BVA for accommodating a student. You not only broadened the scope of veterinary medicine careers, but motivated me to actively engage with, and speak up for, my profession. That experience is invaluable.