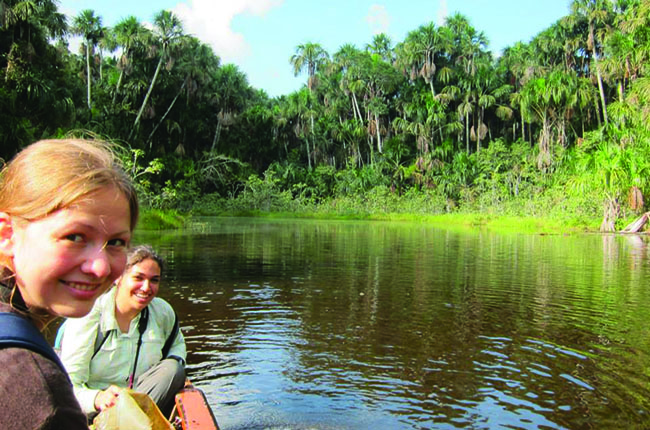 Approaching an EMS-free summer between my preclinical and clinical years, I wanted to gain practical experience in collecting data from wild populations of animals. Such data underpin our knowledge of non-domestic species and help vets, conservationists and other interested parties make important decisions. During my search, I came across PrimatesPeru, a not-for-profit organisation built on the foundation of one scientist's PhD research. Although it has since expanded, PrimatesPeru maintains its original focus on saddleback and emperor tamarins.

These tamarins are callitrichids, tiny New World primates with a fascinating reproductive system. Of physiological interest, pregnancies almost always produce twins, and stem cell exchange in utero makes twins genetic chimers (cellular mosaics) of each other. Of behavioural interest, groups of tamarins typically include one breeding female and several male mates. The males all assist in the care of her twins, regardless of which is the genetic father; this is termed ‘alloparenting’. The group may include one or two other females whose reproductive cycles appear to be suppressed until they split off to become a dominant female in another group.

PrimatesPeru's research is based at a field station in the Amazon rainforest, five hours by boat from the nearest town. I was involved in both the trapping and behavioural aspects of its work. Where trapping is concerned, PrimatesPeru has developed a high-welfare capture and release programme that brings the lab to the animals, minimising the disruption to them. 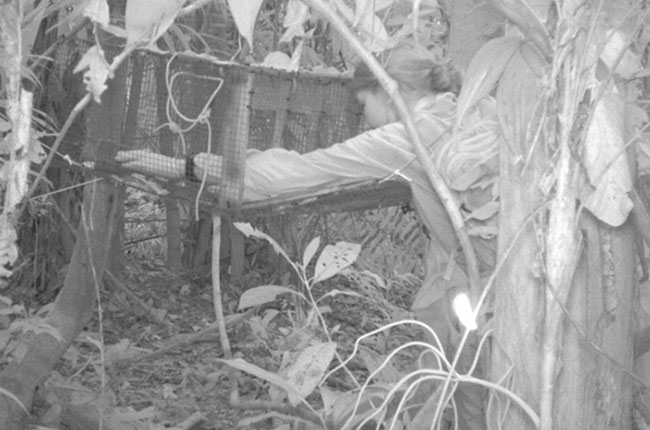 Renata preparing for the capture and release programme

On a typical trapping day, we would hike through the forest to set up our equipment in a tent before dawn. As a field assistant, I would monitor the tamarins' temperature and depth of anaesthesia, take hair and nail samples and vaginal and buccal swabs, and hold them for blood draws and dental casts. I also recorded details of injuries we found (a parallel research project for which I received funding). All trapped tamarins were microchipped before release; they can then be studied year on year.

On the behavioural front, I learnt to use radiotelemetry to locate groups of tamarins. Two or three of us would follow them for hours at a time, recording grooming sessions, feeding patterns, interactions with other groups and (using GPS) details of their route. Keeping rat-sized primates in sight as they speed through trees several metres overhead – without tripping over roots underfoot or falling into a ravine – is every bit as hard as it sounds!

More seriously, this represents a valuable opportunity for conservation-focused vet students to acquire a wide range of fieldwork skills and experience the challenges of working in a remote environment. And, in between all the lectures and farm husbandry EMS, the preclinical veterinary course puts students in an excellent position to apply: a thorough grounding in multiple areas of animal biology? Check. The ability to live and work with the same small team of people in an isolated setting for an extended period of time? Check. Up for early starts and physically hard work? Check.

There are, however, some things for which you cannot prepare – for instance, the disgust of watching bot flies grow under a friend's skin, or the vulnerability you feel in treading the same paths as the local jaguars. Or the sheer delight of seeing capybaras, macaws and howler monkeys in the wild, or the thrill of exploring one of the most biodiverse places on the planet.