EMS at Defra in London: a week with Sara Robson 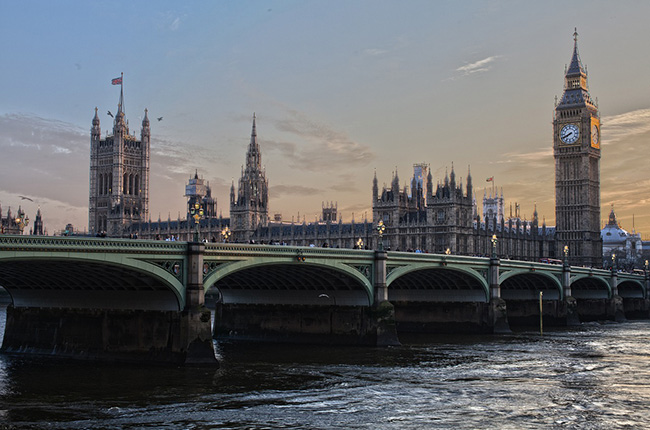 After what may have felt like some fairly persistent e-mailing/badgering of the APHA's EMS coordinator, Larry Herber, to let me do a placement at Defra's headquarters in London, I was delighted to hear that a designated EMS policy week had been organised for the first week of December 2016. Despite originally being aimed at students, the final group actually consisted of four fifth-year students, two recent graduates (one of whom was the current parliamentary intern for Lord Trees) and a veterinary public health lecturer at Liverpool – an interesting mix of people, experience and opinions.

I packed a bag, hopped on a train and arrived in the big city. Being a country girl at heart, I was excited to experience living the London life for a week, and finding out what all the fuss was about. As with most EMS placements, no accommodation or travel costs were available, but I rather handily have a friend who lives a 15-minute walk from Westminster, so I bagged her sofa for the week.

Walking across Westminster Bridge on Monday morning, in my smarter-than-usual attire, I didn't feel much like a vet student. I arrived at Nobel House, the home of Defra, for an introduction to the week with some of the people who had been involved in organising it – David Harris (the APHA vet who leads the team that gives veterinary advice about exotic and notifiable diseases), Simon Hall (deputy Chief Veterinary Officer [DCVO]) and Larry Herber.

The schedule for the week was jampacked, with the aim of giving us an insight into the role of vets in government through a variety of interactive sessions. The timetable, however, was more or less overturned only an hour in, due to a suspected case of avian influenza that had been discovered over the weekend. We were lucky enough to stand in on the Chief Veterinary Officers' (CVOs') meeting where we could witness real-time, real-life outbreak decisions being made. Luckily, it was found to be an mild strain, so the restrictions from the farm were lifted, but it was an exciting experience nonetheless. (This was a week before the first H5N8 outbreak was confirmed in Lincolnshire).

For the rest of the day, we learnt more about the devolved administrations from Gavin Watkins, the DCVO for Wales, and also listened to talks about the policy cycle and the role of vets in developing legislation.

I made the most of our rather leisurely start time of 10 am and went for a run around St James Park; it was nice to be among some greenery instead of the hubbub of traffic and people. We started the day with an interactive discussion session about bovine TB, with a focus on how policymaking is involved. We then moved on to exotic diseases, with an overview of advice required for policymaking and current issues of interest; for example, bird flu.

"The schedule for the week was jampacked, with the aim of giving us an insight into the role of vets in government through a variety of interactive sessions"

Over lunch, we sat in on a telephone conference chaired by Nigel Gibbens, CVO, about antimicrobial resistance, which was very interesting. The afternoon included discussions on how analytical epidemiology is used to support policy decision making, outbreak responses and contingency planning, and we also had a talk from the Home Office.

The plan for Wednesday was to venture out of London to the APHA's site in Weybridge for a full day of discussions with a variety of different departments.

After a short bus journey that took twice as long as it should have done (note to self: don't get a bus in London during rush hour), and consequently missing my train, I eventually arrived in Weybridge, miraculously still in time for the welcome coffee. We started with a presentation by personnel from the Veterinary Medicines Directorate, giving us an insight into their roles.

We were then given a tour of the labs; of particular interest was seeing how the high- risk containment labs work. We also had more discussions about bovine TB, epidemiology and One Health. Being such a small group, it was great for discussions and to be able to ask as many questions as we wanted to the members of the different government departments who had kindly given up their time to speak to us.

After a fairly long day, the box of biscuits that the last speaker brought with him was greatly appreciated and rapidly demolished by us all.

Thursday required some more navigation skills (which were successful, thanks to Google Maps) to make our way to a few sites in London. First off was a visit to the Food Standards Agency to learn more about its roles. This covered topics such as trade/exports, risk assessment, food crime/fraud and food incidents.

After my bus experience the day before, I decided to walk to the next location and I arrived before the others who had taken the bus, which proved my point. We had come to join a national foot-and-mouth disease outbreak exercise that had been going on all day, where all the key players were present to practice what would happen in the event of a real outbreak.

This was a very interesting experience and enabled us to better understand how all the different roles fit together in the bigger picture. Another brisk walk took us back to Nobel House for a discussion on animal welfare and the policies involved.

The week seemed to have flown by and it was already Friday. A great interactive session concerning surveillance techniques was followed by a useful presentation on careers and education, which gave us a better idea of how to apply and progress in a government vet career. I was surprised to learn that the government employs some 600 vets, making it one of the largest veterinary employers in the UK.

A slightly earlier finish time allowed me a few hours as a tourist, visiting museums and getting into the Christmas spirit with a mulled wine at Winter Wonderland.

This was the first EMS week that had been run in this way. Over the week, we met vets working across several government departments involved not only in the development and implementation of policy but also in scientific research and the delivery of front line veterinary services. I would definitely recommend the opportunity to anyone interested in policy/government work, and those wanting to find out more about career possibilities outside of general practice. I would like to thank everyone involved in the organisation and smooth running of the week.