Emily Gascoigne on the various opportunities available as a sheep vet 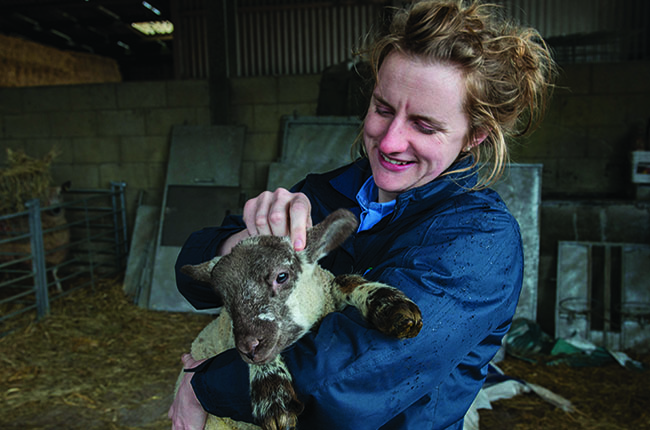 In my final year at vet school the EMS I enjoyed the most was farm animal.

After qualifying from Cambridge, I joined Dorset-based, Synergy Farm Health as a junior clinical training scholar on an internship organised through the Royal Veterinary College. I chose this route because it offered the opportunity to learn from recognised specialists. I also wanted out-of-hours support, which I knew would be crucial to building my confidence.

What I lacked in confidence, I made up for in setting longer-term goals for myself. I knew I had more learning to do and questions that I wanted answers to, and I also wanted the option of doing a residency.

My short-term career plan, though, was to learn how to calve cows and improve my pregnancy diagnosis skills, but it quickly became apparent that my heart lay with sheep and goats.

In hindsight, I recognise the irony that my application for the internship presented. It was based on my claim to pursue a bovine career, yet I spent the entire interview talking about my own sheep and my third-year dissertation on maedi visna.

My passion for taking on the sheep work was a poorly kept secret and nurturing the small ruminant business at Synergy soon became fundamental to my work.

Within 18 months of graduating, I organised a practice-wide lamb loss benchmarking survey, quantified the sheep numbers within our practice (approximately 50,000 breeding ewes) and reworked the practice’s flock health plan. I also introduced a newsletter on sheep matters and created a social media presence on Twitter (@Em_the_SheepVet).

In 2015 I began a practice-based alternative residency – so-called because they are designed for an individual – with the European College of Small Ruminants, under the supervision and mentorship of sheep consultant Fiona Lovatt. I completed it in 2017 after a series of publications and successfully passed my exams in October 2018. I am the first person to have completed this type of residency in small ruminant medicine in the UK.

I do look after some dairy cow herds and still do routine work, but my diary is increasingly dominated with pre-booked sheep work. The best things about my role are the breadth of my work, the sheep farmers and the practice team.

Skills I need for my role

My role ranges from the physicality of farm animal practice to using my accumulated knowledge.

Alongside my clinical work, I train farmers and teach vet students – undergraduate and postgraduate. I also have a mentoring role and am involved in developing the practice’s sheep business.

Clinically, it’s necessary to be able to focus on the minutiae of treating individual animals alongside providing veterinary care for some of the biggest sheep units in the country.

I am hugely proud of the sheep farmers who have worked with us to develop progressive sheep units – adding value to their businesses and, ultimately, to ours – encouraging further development of the services we offer. 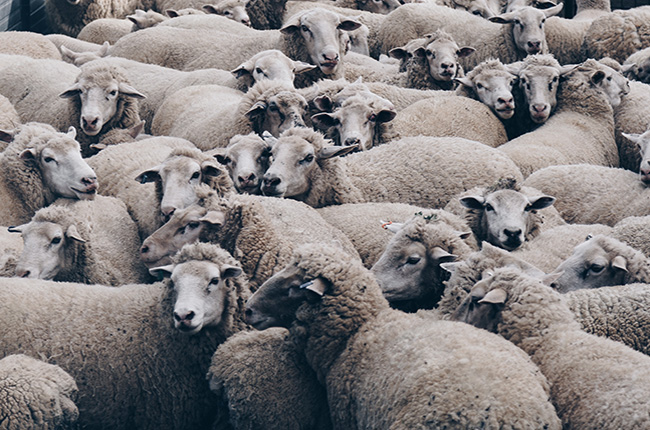 My journey has not been without challenges. The first large flock discussion group meeting I organised attracted only two attendees, and our first lamb loss survey meant that I had to make about four phone calls for every form that had been completed (involving 30 flocks). And we still have farmers who are not willing to engage with us.

Having said that, reaching where we are today has been a true team effort. The team at Synergy – from directors to support staff – have all been instrumental in my career progress and the development of the service we offer. This can be as simple as directing sheep calls to the ‘sheep-a-holic’ vet, or sharing the leftover cake after the poor turnout at the aforementioned meeting.

Whenever they call, our clients always speak to someone who is enthused by their business.

My career highlight so far has been the recruitment of our second sheep vet. Charlotte Mouland (a 2015 Bristol graduate) joined the team after completing her own internship with the RVC and Synergy.

Her appointment has enabled me to focus on new projects and allowed her to develop her own client base and expand our sheep coverage within the practice.

Watching Charlotte’s clinical development and the response of our farmers to her has been hugely rewarding for me and shows the growing need for sheep vets within the practice.

At the beginning of my journey, the need for a second vet would have been a distant dream. Now it’s a reality, and I can even see the need for a third sheep vet in the not too distant future.

I must be honest about my work-life balance. I’m very driven and focused. In the past, working on a project or towards a goal would often spill into my own time – even becoming all consuming. This was my own drive, it wasn’t something that the practice expected of me.

Recognising it was a problem was the first step towards doing something about it. I’m more disciplined now. I make sure to take time off, and doing something as simple as disabling the email pings on my phone has benefited my wellbeing immensely – I strongly recommend this.

Fundamental to my wellbeing in practice has been our mentorship scheme. Communicating is essential in practice, whether it’s about challenging cases, workload management or successful cases. I am very fortunate to have a supportive working environment.

My take home message for new graduates would be to prioritise mentoring and support in your first or early posts while you build resilience and learn about yourself in the world of work.

Personally, I have benefited from having inspirational colleagues. Fiona continues to be my mentor and was my inspiration throughout my residency and now in practice. Her ‘farmer led’ ethos to sheep work has become my mantra. My practice colleagues, vets Kat Bazeley and Mark Burnell, laid solid flock health foundations at the practice. The farmers they had engaged with fuelled my enthusiasm at the beginning of my journey.

Last, but not least, the vision of the directors at Synergy has played an essential role in my career, and has allowed me to run. Letting me pursue projects that were clearly loss leaders has allowed me to develop the services we now offer.

I recognise I have achieved a huge amount in the six years since I qualified, and my short-term aspirations now include a hint of time to ‘breathe and reboot’.

I am delighted that I see the group’s future as at least a little bit ‘sheep shaped’.