Embarking on a PhD - finding the project for you 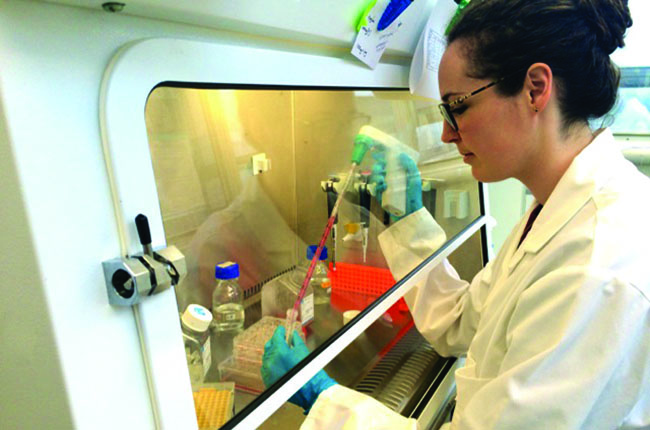 A PHD was always something I had on my ‘to do’ list: even before I actually got to vet school I knew it was part of the career path I wanted to follow. I was largely inspired by a veterinary surgeon who gave a talk at a summer school I went to when I was 16. It was one of those programmes aimed at getting teenagers to go to university and consider a career in science. Although I needed no persuading of the benefits of higher education, I saw this summer school as an opportunity to look at different degree courses, test my resolve to study veterinary medicine, and, more importantly, get an all-expenses paid trip to Cambridge away from my parents for a week.

Realistically, the first practical step I took towards a PhD was to attend a Wellcome Trust summer school when I was in my second year of vet school at Bristol. This was a 10-week programme that included conducting a lab-based research project and attending a variety of seminars and lectures on the potential career paths available to vets ‘in science’. My research project was, to be honest, somewhat disastrous, but I learned some basic lab skills and made friends who have remained with me ever since.

Following on from this I decided to do an intercalated degree between my third and fourth year of vet school. When choosing the course I looked specifically for one that would provide a substantial period devoted to research: I had learnt from my summer school experience that a few weeks was really only enough to learn how not to do an experiment and I wanted to actually achieve some real science. I headed to the Royal Veterinary College on its Wellcome Trust-funded pathology BSc (now called comparative pathology), and spent about five months conducting a research project at Cambridge university.

Unfortunately my second attempt at research was almost as unsuccessful as my first, my main achievement being the production of vast numbers of fruit flies with questionable genetics. However, the year taught me much about the scientific method, exposed me to different techniques and working environments, and helped me to crystallise my ideas of where I wanted my own career to go, and to understand that clinical practice and science did not have to be mutually exclusive. But, probably most importantly, it helped me to overcome my slightly naive view that I could love any and all science. Unfortunately for those humble fruit flies, I hated them – and that was an important lesson!

After my foray in to Drosophila genetics I was confident that my scientific (and clinical passion) lay in neurology and neuroscience. But selecting a PhD project within the field was still a big task. Adverts generally give a project title but no hint as to the techniques, scope, or direction that the work will actually take you in. Equally, they give little insight in to the lab environment or supervisor's disposition. I'd been lucky enough to have maintained good relationships with the labs in which I have done research over the years, so I already had a good idea of where I wanted to work and of the sorts of project that I would enjoy and find most stimulating. I spoke to a potential supervisor who I had worked with previously; he offered me a few different projects and suggested a few funding avenues.

Advice on finding a project

If I can offer one piece of advice it would be to fully explore projects before committing to (or discounting) them! The lab environment, track record of publications, support available from more senior students in the lab, and from the supervisor, are all hugely important. As a vet in particular, you have to accept that you are going in with far fewer practical ‘bench’ skills than many new PhD students, and you are going to have a steep learning curve in terms of how to actually do science. You need to know that you are entering into an environment that understands your strengths and weaknesses, with people who are going to help you develop a tool kit of scientific skills and support you through your project.

After discussions with my potential supervisor we decided to apply for funding from the Wellcome Trust, which offers fellowship funding for doctors, dentists and vets to study for PhDs. The programme is hugely competitive and has an impressive, though slightly intimidating, list of alumni, many of whom are now leading lights in their chosen fields. Some projects come with funding already attached, in which case supervisors are often just looking to recruit a suitable candidate; other programmes exist with competitive funding that requires you, once successful, to go and find a project and a supervisor. Understanding the funding environment can be a bit of a nightmare, but it's worth getting it right; it can be the difference between being able to do the cutting-edge experiments that you want to or not.

Unfortunately, my first application for funding was unsuccessful, and despite having carried out multiple lab-based research projects, I was told that I didn't have enough bench-side experience and lacked expertise in the area of my project. I found the whole experience quite harrowing.

The scientific community can be quite different from the veterinary and medical communities. As a student, and as a clinical training scholar, I was accustomed to not knowing the answer to things, or to being wrong. My approach had always been to give the best, reasoned, answer I could, but never to claim certainty where I had none. The attitude of my seniors, at least in my experience, has always been that disagreements are generally discussed, sometimes with a somewhat passive aggressive overtone, but nonetheless impassioned debates are generally cordial. I found the interrogations of senior scientists quite different from this. I was expected to hold my ground, defend, and discuss in great detail techniques and plans. The default position was, it seemed to me, that the science was wrong until I could persuade them otherwise. This attitude, which, in hindsight, has obvious rigour and merit, felt very aggressive to me and not at all what I was accustomed to coming from a veterinary background. Learning to handle this criticism, to not be put off, and not to take it personally is a challenge that I am still overcoming.

"My initial failure has proved to be a blessing in disguise"

My initial failure to obtain funding has, however, proved to be a blessing in disguise. It clarified my resolve not only to do a PhD, but to pursue that particular project. I took the somewhat terrifying decision to start work in the lab full time, working as a vet part time to keep my hand in, and prepare myself and my project for a resubmission. This is clearly not a path that is open to everyone, and I wonder if funding bodies have a real appreciation of the challenges vets face in gaining bench-side experience in science. Unlike medics, most of whom work in primary care trusts associated with university hospitals, most vets work in private general practice, making access to clinical research very difficult. Science is not generally well paid, and taking time away from a clinical career to investigate other avenues can be daunting and, frankly, financially impossible. Rising student debts mean that the prospect of a further three or four years on a typical PhD stipend may put many off pursuing doctoral studies. Perhaps foolishly, these things did not put me off.

Fortunately, second time around I had more luck and my application was successful. I have now embarked on my PhD, in the lab of my choice, on a project I feel passionate about, in a city I love, as a Wellcome Trust research training fellow.

And the veterinary surgeon who first inspired me to do a PhD… is now my supervisor. There is a lot to be said for role models.