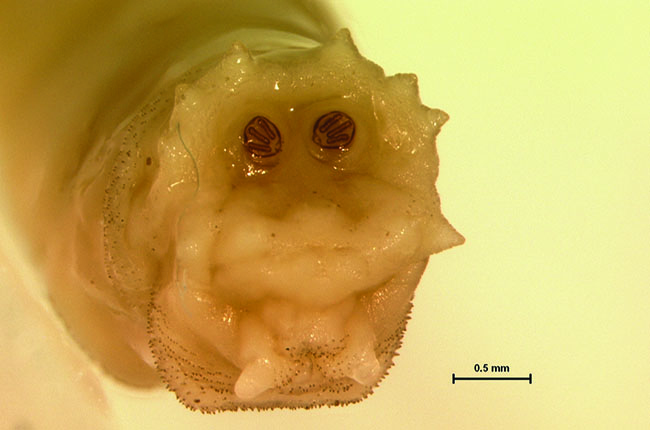 Developing an interest in entomology

Entomology has been an interest of mine since I accidentally fell into an entomology course close to the end of my first degree. At the time, it was the only course that would fit into my timetable, while still meeting my BSc (biology) degree requirements. I wasn't particularly enamoured by the idea, but, to my surprise, I found it fascinating. By the end of the course, I was restructuring my final-year selection to fit in as many entomological courses and research projects as possible. However, while being exposed to a variety of entomology-based careers, I was still determined to pursue veterinary medicine, and decided that my interest in entomology would become an absorbing hobby. My interest in forensic entomology blossomed directly from this convergence.

In my native Canada, I became aware of new applications using forensic entomology in investigating cases of wildlife poaching. This knowledge was especially useful when I needed to do a research project as part of my veterinary degree. Coincidentally, it was an area that my adviser, John McGarry, had been attempting to raise interest in among students for a few years, without much success.

When people hear the word forensics or even forensic entomology, the first things that usually come to mind are television programmes like CSI or Criminal Minds. Few realise that the same techniques highlighted in these shows are used in the veterinary field when investigating cases of animal abuse or neglect.

In essence, forensic entomology is using information known about an insect's lifestyle and lifecycle during an investigation of neglect or cause of death. Though it may seem technically advanced, it is actually a method that has been used for centuries. The first recorded use of forensic entomology as a method for investigation of crime scenes dates from the mid-10th century in China. 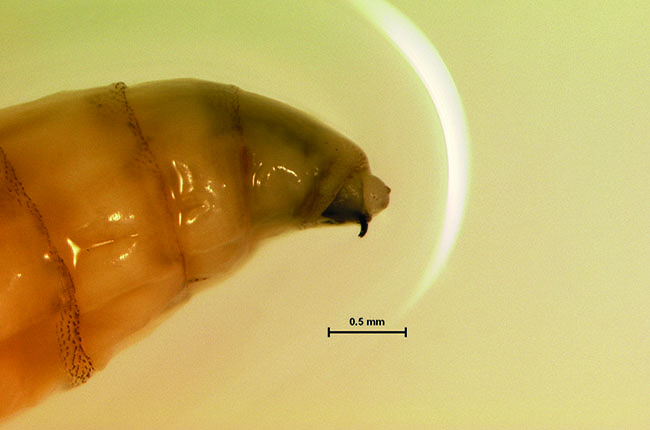 This picture with the hooks visible shows the head; the hooks are part of its mouth

What supports the use of entomology in a forensic situation is that the lifecycles of certain species of insects coincide with stages of decomposition or degrees of pathological change postmortem. As a result, information about insect host preference, lifecycle and rates of growth can be used to determine not only how long a body has been dead, but whether that death had been preceded by any form of neglect or specific trauma.

In cases involving abuse or neglect, the ability to determine the time of death is crucial, and is one of the challenges presented in the realm of veterinary pathology. It is particularly important to be able to back such a determination up with scientific evidence to give it legal standing. Forensic entomology provides a way of filling this information gap. There are many recognised changes that coincide with a certain degree of decomposition after death. However, beyond the first 72 hours, the ability to deduce time of death, with a degree of certainty that would stand up in court decreases. Veterinary pathologists can use forensic entomology to determine an (almost) exact time of death.

Insects develop on a quantifiable and predictable time schedule at different temperatures. Knowing the temperature and location of where a body was found, the collection of insect specimens from the body allows a veterinary forensic entomologist to determine a number of things about a body and how long it might have been dead. Using the information provided by insects taken from the area or from the wrappings in which the body was found, a forensic entomologist can draw several conclusions with a degree of certainty that would be uncontestable in a court of law. These findings can include the likely passage of time since death, whether the body had been moved, whether the body had any particular types of trauma or neglect preceding death, and whether the body was tampered with at any time. 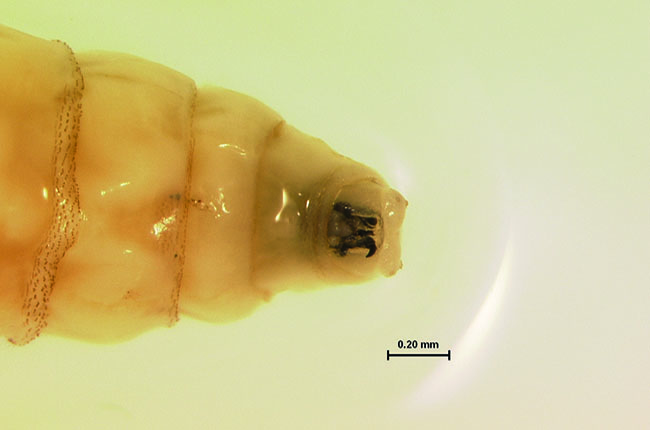 The images were presented in Emily’s dissertation and were taken with the help of Chris Darling at the Royal Ontario Museum, Canada

The use of forensic entomology in veterinary practice with domestic animals and in wildlife investigations is reported in Canada and the USA, and is growing in importance. It is predominantly used for the determination of time of neglect in Society for the Prevention of Cruelty to Animals (SPCA) cases in North America, that go forward for prosecution.

In the UK, investigators from the pathology department at the University of Liverpool have used forensic entomology with some success in a relatively small number of RSPCA cases of neglect or welfare concern. However, a lack of certain kinds of entomological information has limited the ability to draw detailed conclusions. I was fortunate to have been able to look at this problem as the focus of my research. I reviewed the practices that would help to improve the quality of the information collected and assisted in forming a plan of action for the improved collection of insect evidence so that it could be used in court.

Easily incorporated changes made to current practices in body retrieval and entomological evidence collection could increase the extent and quality of information that can be applied to cases brought forward for investigation. Such improvements would provide not only the invaluable ability to estimate more accurately the time of death, but also to detect certain aspects of neglect, which could assist in creating a body of evidence that is admissible in court and that could be stated with a stronger degree of certainty than is presently possible.

"The use of forensic entomology is growing in importance"

Sometimes dissertation projects are approached with a feeling of ‘Please, let's just get it over with!’, but mine has been incredibly rewarding. If one takes the time and makes the effort to find a topic of special interest, the project is more enjoyable, and the research may even result in positive change. In my case, it was certainly worth following my interests and looking at contributions to veterinary medicine through a different pair of eyes . . . those of an insect!

Currently, my greatest interest is in the field of veterinary emergency and critical care, and I am planning my postgraduate experiences accordingly. Nevertheless, throughout my veterinary school experience in my placements and field practice, I have acted on opportunities to investigate and better understand entomological impacts on animals. I will always be interested in furthering the use of veterinary forensic entomology.