Role of the expert witness 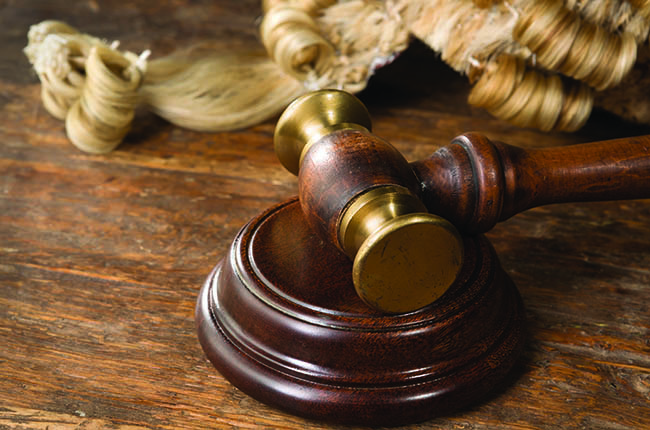 The overriding duty of an expert witness is to provide independent, impartial and unbiased evidence to a court or tribunal. The expert's evidence should normally be confined to technical matters on which the court will be assisted by receiving an explanation, or to evidence of common professional practice. An expert is the only witness who is allowed to give an opinion to the court, but it must be within their field of expertise. For example, a court presented with a picture of a twitch being used on a horse may, if they have no equine background, consider this to be cruel; however, a veterinary surgeon would be able to explain why this is not necessarily true and that the use of a twitch is common practice.

The starting point of any expert witness work is the writing of a report. This report must be clear, succinct and written in plain English. It will detail the facts of the case, provide a veterinary assessment of those facts and go on to reach a conclusion. However, it is obviously necessary to first know exactly what you are being asked to give an opinion on.

In most criminal cases in which veterinary evidence is required, the question to be determined will be whether the animal suffered unnecessarily. It is essential to understand the definition that the court will use to make a finding on unnecessary suffering.

The Animal Welfare Act specifically defines what makes suffering unnecessary although does not define suffering itself. This means that the word assumes the definition listed in the Oxford English Dictionary, namely: ‘The bearing or undergoing of pain, distress or tribulation’, which is a definition that the vast majority of the profession would recognise and accept. Alternatively, an expert may be called to comment as to whether the reasonable needs of an animal were met to the extent required by good practice. In this case, the vet must take care to describe both what good practice would be, referring where possible to codes of practice, as well as informing the court where the actions of the defendant have not met that standard.

In most civil cases, an expert witness will be asked to give an opinion as to whether the actions of the person were consistent with a ‘reasonable body similarly qualified and experienced’. For example, a first-opinion small animal practitioner would not be judged on the same standard as a senior clinician working in a tertiary level referral practice.

In the event that the facts of the case are disputed, perhaps due to a witness giving one account and the defendant giving another, then the expert should first identify which facts appear to be agreed and which are disputed. If the clinical findings support one account but not the other, then clearly the report should focus on this. If, however, there is no veterinary reason to favour one account over the other, then an opinion should be offered on both sets of facts and it be made clear that it will be for the court to determine which set of facts it prefers.

For example, in a case where a witness alleges a dog has been kicked with force to the rump and the defendant denies it, there may be evidence of bruising or injury consistent with the account of the witness. However, in many cases this evidence is not present, perhaps due to a delay in the dog being brought for examination. In such a case an opinion should be given that if the account of the witness is accurate and the dog was kicked then it would have suffered pain as a consequence, but if the court prefers the account of the defendant then the dog clearly was not caused to suffer.

As an independent expert it should make no difference to your opinion as to who has instructed you, so you should not unreasonably refuse a request from a defence solicitor to provide a report. If, having read the papers, your opinion would not be supportive of the defendant's case, then I would always write to the solicitor advising them of this and briefly outline the reasons for this clearly as this may influence their decision to instruct you.

Many solicitors will still instruct you to write the report anyway and use it in their discussions with their client as to how they plead to the offences.

Equally, if approached by a member of the public or a solicitor with regard to a potential negligence claim, a well-written letter explaining why, in your opinion, the veterinary practice's actions were not negligent is often surprisingly well received.

A well-written expert witness report will in many cases avoid the need to attend court, as it will be accepted by all parties and result in the conclusion of the case. However, in those cases in which this is not the result then a court hearing is likely to be required at which the expert will be expected to give evidence.

In a criminal case it is likely that the other side will also have instructed an expert who will have produced their own report, a copy of which will be provided to you before the trial.

Giving evidence in court is nothing like the way it is portrayed on the television. When giving evidence, you are initially guided through your report by the side that instructed you. Often the court will have read the report before this occurs and in those circumstances it is likely that the advocate will merely seek to explore key areas in your report rather than going through it line by line. They may also wish to seek your opinion on the other side's expert report. Following this you will be cross-examined by the other side's advocate. The key point is to answer each question fully and accurately, but not to be afraid to ask for clarification if you do not understand the question, and, if you cannot answer the question as it is outside the area of your expertise or requires more information than you have been provided with, then say so. Equally, if you are asked a question that the simple answer to would be misleading as the question ignores some of the facts of the case, then clarify the answer at the time by explaining that to the court. Do not be afraid to finish your answer even if the advocate tries to cut you off mid-sentence – the court will support you.

The key points to always remember when providing any form of evidence are that you are not there to be an advocate for either side but to give an independent opinion to the court and to always remain scrupulously within your field of expertise no matter how much the advocates may try to lead you out of it.