Combining veterinary practice with a love of football 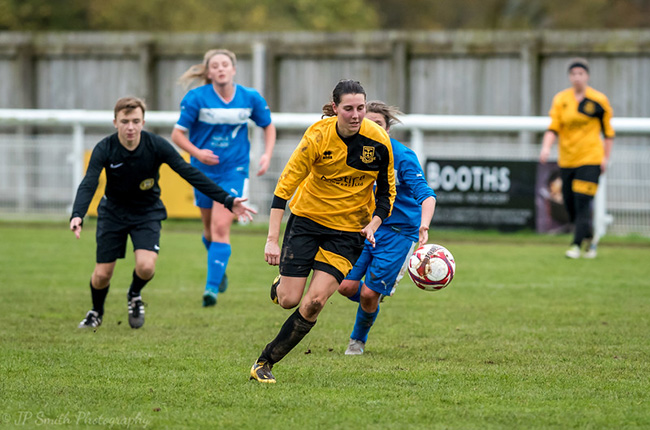 I have always enjoyed a range of sports but have played football for as long as I can remember. I suppose my first memories are of playing with the boys in our street. My first team was my primary school's Year 5 team and then I went on to play for other local clubs including the Middlesbrough FC centre of excellence, which is the girls' version of academy football. I also played at university. My dad and brother both play hockey, so I'm the odd one out.

Since graduating from vet school at the University of Liverpool in 2015 and starting work with White Cross Vets in my home town of Middlesbrough, I have been playing for the Norton and Stockton Ancients (NASA) Ladies Football Club. Originally a cricket club, it has a long-established history dating back to its formation in the 1950s. According to history, the trust of the cricket club decided to start a football section to provide a winter option for its members. Later, Norton merged with Stockton Football Club to form Norton and Stockton Ancients FC, gaining the nickname ‘Ancients’, which we still use today.

The ladies team specifically has been established for 11 years and is the former club of England international, Arsenal midfielder and 2016 Football Association Women's Player of the Year Jordan Nobbs. We play league games every Sunday at our stadium in Norton and train twice weekly, whatever the weather.

After a disheartening relegation last year from the FA Women's Premier League into the North East Regional Women's League Premier division, coupled with multiple players missing due to injuries, our main focus has been to rebuild the squad to compete for promotion. 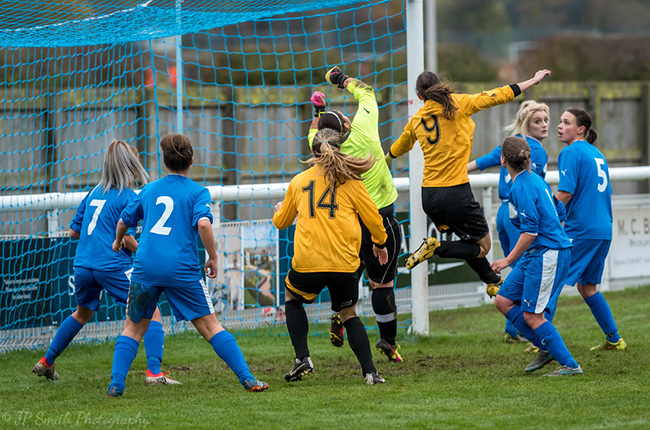 With the addition of new coaching staff, pre-season training got under way with the help of personal trainer Andy Burton, formerly a Middlesbrough FC player. A six-week, intensive, football-orientated strength and conditioning programme set us in good stead for the upcoming season.

A team going from strength to strength

When I started to write this, we were unbeaten this season in both the league and cup, and with almost a full squad available, things were looking very promising. We travelled to the Trafford Leisure Centre to play in the national five-a-side finals against the strongest teams in the country and won the competition. As a result, we have earned a four-day all-expenses-paid trip to Amsterdam to watch the Women's 2017 Euros in July. However, the biggest achievement was our recent qualification into the first round proper of the Women's FA Cup after four rounds of qualifying against some tough opposition, including AFC Manchester and AFC Carlisle United. On December 4, 2016, however, we were drawn at home against Hull City, which we lost. However, it was a really exciting day for both players and spectators.

Blowing off steam from a hard day in practice

It's fantastic being part of the footballing family that is NASA Ladies Football Club; watching the younger age groups develop and then progress into the ladies' team is very rewarding. We are a close-knit group that works hard and supports each other both on and off the pitch, and it's showing in our match results this year.

We also participate in fundraising events in our local community, such as our recent Macmillan Coffee Morning, which raised more than £250.

Ultimately, above all else, it's great to be able to blow off steam after a hard day's work in practice.