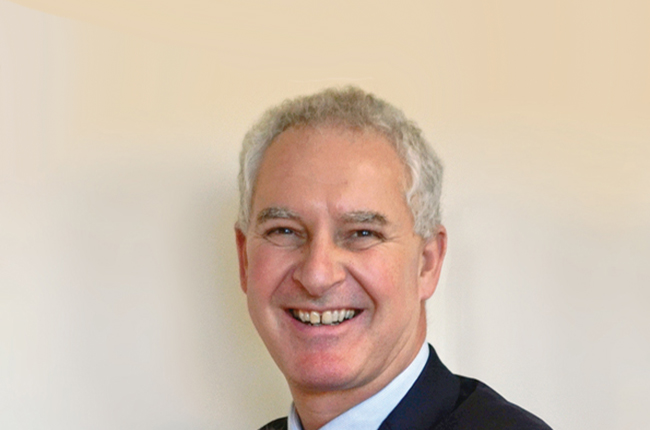 Having been brought up on a Somerset dairy farm and having 100 per cent farming genes, I suppose I was destined to work with animals.

Becoming a vet was the choice I made and in 1979 I was offered a place at Bristol vet school. Initially I was a bit disappointed as I had hoped to escape from home to see the lights of the big city at the Royal Veterinary College. However, I soon realised how lucky I was to attend an excellent vet school and enjoy the delights of my home city. My wonderful college year consisted of only 37 students, many of whom remain my best friends.

It was from here that I qualified and sought my first job. I was convinced that I wanted to be a farm vet and accepted a position in a small three-vet mixed practice on the edge of Bristol – only to regret this decision a few hours later when I was offered a job in the beautiful Mull of Kintyre.

The practice I joined was definitely ‘old school’ with few facilities and a traditional single principal. Support was limited and it provided an insight for the future on how not to treat new graduates.

Nevertheless I remained there, despite my ideas of wanting to see the world, and eventually managed to obtain a partnership. Again, this proved to be less than easy and I was very much the junior; however, I felt the practice had potential and when the senior partner retired, I was joined by a fantastic new partner who became my best friend. Together, through numerous stressful and worrying times, and with a most supportive practice team, we grew Highcroft into a 60-vet small animal practice, including a renowned referral hospital. It was great fun and the practice team very much became my family.

When the practice was at a point where we could take it no further, with much personal sadness and after numerous approaches, we decided to sell to CVS.

Initially, as part of the sale, I was to leave the practice after three months. This scared me. I wondered what I was going to do. With the sale proceeds I bought a mini estate in south Somerset, believing this would keep me occupied with time left over for the beach!

As it turned out, my time at the practice was extended from three months to one year and, after six months, I was asked if I would consider becoming the group’s director of clinical services. This was a new role within CVS with responsibility, among other things, for the clinical standards.

I was already an RCVS Practice Standards Scheme assessor and enjoyed seeing and helping other practices, and I was lucky enough to be a trustee of Vetlife.

As I wanted to honour my commitments to the RCVS and Vetlife, I agreed to a part-time role.

I was given full support from the CVS board, plus the freedom to develop the role in order to raise the overall clinical standards. I was also asked to join the CVS executive as one of two vets on the board at the time. I was interested to see how a corporate worked at the highest level, and felt that I could help ensure the clinical side of the practice division would have a voice on the executive.

I had always been committed to providing the very best clinical standards at my own practice, and in this new role I could see the possibility of making a real difference within CVS, albeit a mammoth challenge. I was fortunate to recruit a great person to help me – someone who shared my mission and passion for supporting and helping the practice teams to provide the very best care.

One of my first tasks was to ensure all of our practices, current and acquired, were on the RCVS Practice Standards Scheme. I was aware of how stressful the assessments could be, so I introduced various support mechanisms. All of our practices were encouraged to achieve the awards as a way of improving clinical standards.

CVS’s senior operations directors understood the advantages of the awards and were pleased to hear that the practices obtaining them have reported great benefits and positive team building as a result.

Something that really excites me, and I never thought I would have such an opportunity, is the introduction of a practice standards scheme, based on the UK system, to our Dutch practices. This has just started, and was something that did not previously exist in the Netherlands; however, it will ensure consistency of clinical standards.

Medicines fall under my remit and, as a result of CVS auditing, we recognised they needed improvement. The appointment and subsequent training of practice ‘heads of dispensary’ was implemented to help practices with the onerous legislation. We have seen marked improvements in our regulation compliance, especially in regard to controlled drugs.

Another area I was particularly keen on was the promotion and development of clinical governance and quality improvement, especially developing a ‘no blame culture’ and second victim support. I was extremely conscious of the stress that mistakes and complaints cause within practices and felt quality improvement could have an important role in helping prevent such events and the resultant stresses.

This was a new concept for CVS and a bit of a culture change. Because of the number of practices we have, we were able to collate and analyse large amounts of clinical data, which enabled us to identify areas for real improvement.

In order to achieve this, a ‘top down, bottom up’ approach was taken with the creation of a clinical governance/quality improvement committee comprised of all the senior clinical and operation directors. At practice level, heads of governance were appointed in every practice and provided with training and ongoing advice. Clinical critical event reporting was also introduced.

As a result, some great clinical and other audits have been carried out identifying areas requiring further improvements, and where CVS as a group can introduce changes. For example, the top three audited causes of Veterinary Defence Society claims were identified as being retained surgical swabs, thermal burns from heat pads and pet passport errors and, following changes, we have reduced the number of incidents.

"The main challenge is communicating all of the information to practices"

There is still so much to do, and perhaps the main challenge is communicating all of the information to practices.

When I sold my practice I never thought that I would be in the position I am within a corporate. I have been so fortunate to have been given the opportunity by CVS to develop such great clinical improvements, and even perhaps make a bit of a difference for the profession as a whole.

The beach awaits, but not today!