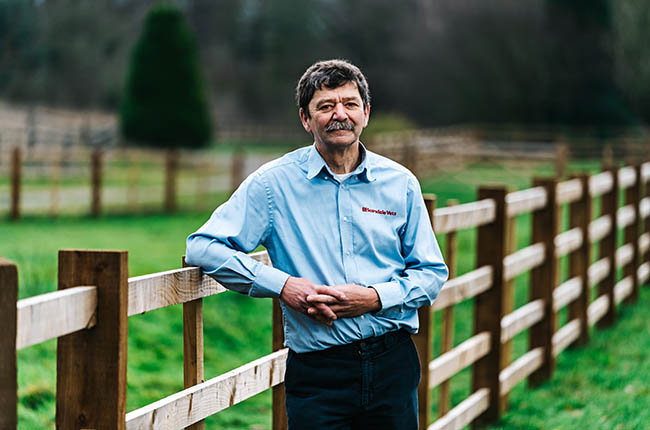 I have a single number of working days left before I retire. Lately, my working days have been quieter than usual due to the fact that I was supposed to have hung up my stethoscope a month ago, but paperwork and an injury sustained by one of the farm team means that here I am still here, a month longer than I should have been.

So, did my career follow my original plan? It’s difficult to say – when I started as young vet, I certainly didn’t have much concept of a map for my life. After spending five very enjoyable years at Edinburgh vet school, I started in traditional mixed practice with Taylor, Thompstone and Partners in Derby, in the company of five other veterinary surgeons and six staff.

Thirty-eight years later the practice has morphed into the Scarsdale Veterinary Group with 101 veterinary surgeons and over 300 staff. I am likely to be among the last of those vets who spend their entire working life in one practice, following what used to be a traditional career path for a vet – assistant, junior partner, senior partner to chairman.

If anything, it was the gradual increase in the size of the business that dictated my career journey. As a business, we reached a stage in the late 1980s where we had vets who wanted to predominantly work with large or small animals, so when the chance to purchase a local large animal practice came along, it gave us the catalyst to split the business into two different sites. Now Scarsdale has 11 sites in total, but still only one farm and equine unit, and this reflects how the income streams have developed over the years.

There have been many changes in the veterinary world over the course of my career – too many to list – but the very fact that I am typing this on my laptop, while the adjoining desk computer shows the practice daybook with the status of all vets and visits that are outstanding, would have amazed my former self.

The original daybook was a wonderful made-to-order A3 cloth-bound tome, with handwritten visits and a vet’s initial assigned to each. In fact, it was the initialling of these visits that gave birth to my acquired nickname, Sid. My initials are CSP, but we already had a C and a P working in the practice. This left me with S to use, but when our blunt-speaking Scottish partner found that S stood for Stephan he decided that was too ‘soft’ and he would call me Sid – and the name stuck.

Nowadays, each client’s farm shows up clearly on Google Maps and the sat nav (usually) takes me straight there. Previously, my original equipment included four battered Ordnance Survey (OS) maps, with a separate notebook listing each farm and its six-figure grid reference. If I’m honest, I find it a little depressing nowadays that we have some vet students who struggle with understanding OS maps – let alone a six-figure grid reference! 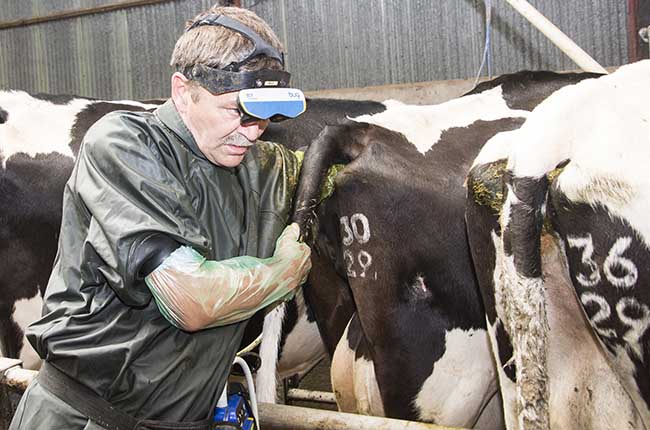 If any one piece of technology has really helped large animal practice, it is undoubtedly the mobile phone. The equivalent in my early days was to collect a pocket full of 2p and 10p coins before leaving the practice each morning and to develop an encyclopaedic knowledge of the position of all public phone boxes in the area. However, these were normally only used to check-in to the practice after a visit and back then there was no way of telling you that the calving you were on the way to had actually calved five minutes after you had left the surgery (particularly annoying at 2 am).

While the advances in antibiotics during my career have been impressive, when I first started we were still routinely treating cows with wooden tongue with a 400 ml calcium bottle of sodium iodide given intravenously.

It was the introduction of non-steroidal anti-inflammatories that made a massive difference with regards to treatment outcomes and overall farm animal welfare.

"Students are the greatest things to keep you young and up-to-date in that they always ask ‘why?’"

The first case I treated using these drugs was a group of young Hereford cattle with severe fog fever. I rang excitedly the next day to enquire about the results … ‘Three are dead’, said the farmer. My heart sank. ‘No that’s great’ he said. ‘Normally they are all dead.’

While there have been massive changes in treatment regimens over the past 30+ years, it is interesting to note how the structure of the typical working day has also changed.

In the early days it would not be unusual to do 10 or more calls in a day; however, each call would usually be to a single animal – a lame cow or a coughing calf, and each would be within 10 miles of the surgery. Now it is rare that I will go to more than two visits in a day, but each visit may involve 50 to 60 cows and the farm might be 60 miles from the surgery. When the visits are finished, while my afternoons may be spent being a manager, the younger farm team members will be studying farm data and writing reports. 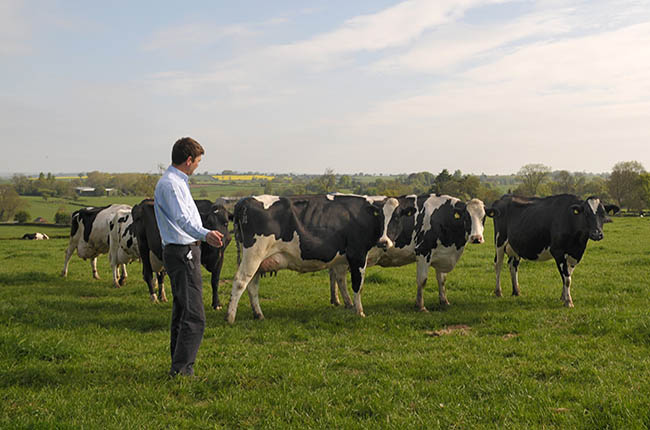 Although I have thoroughly enjoyed my career in general farm animal practice, it has been the working relationship between Scarsdale Vets and the University of Nottingham Veterinary School that has been the icing on the cake for me.

I think I was always torn between an academic and practice career, but now being able to wander in and chat with people in the staff room then get back out to practical vetting gives me the best of both worlds. Students are the greatest things to keep you young and up-to-date in that they always ask ‘why?’. In reality, the answer is usually because you’ve always used that drug or treatment, but it does make you question yourself and that’s no bad thing.

So, as I prepare to migrate to the south west for a life of small-holding and fishing, would I change anything?

I think not. While there have been occasional dark times (thankfully we now recognise the importance of maintaining a good work-life balance and the problems around mental health issues in the profession), what other job would allow me to remove a tapeworm cyst from a sheep’s brain using a Black & Decker, before watching it walk in a straight line for the first time in weeks? Or remove an extra limb from a young calf and watch it go on to win the local fat-stock show?

I wholeheartedly commend large animal practice to a new generation of veterinary surgeons.

1977-1982: Graduated from the Royal (Dick) School of Veterinary Studies, Edinburgh.
1982: Joined a mixed practice in Derby, with a starting salary £7000.
1 April 1989: Married Diana, my lifelong companion. Outside the church we were surprised to find a guard of honour – 30 farmers wearing rectal gloves and carrying pitchforks.
1990: Offered a junior partnership.
1996-1998: Part-time study for the diploma in bovine reproduction (DBR) at Liverpool vet school.
2000: Became joint senior partner of what has become Scarsdale Veterinary Group, it having acquired several local mixed practices.
2005: Attended the first open days for the new University of Nottingham vet school. Scarsdale was to be heavily involved as an associate practice over the next few years.
2010-2016: Member of the advisory board for the Veterinary Defence Society.
2012-2016: External examiner for the DBR at Liverpool vet school.
2015 onwards: Chairman of the board, Scarsdale Veterinary Group.